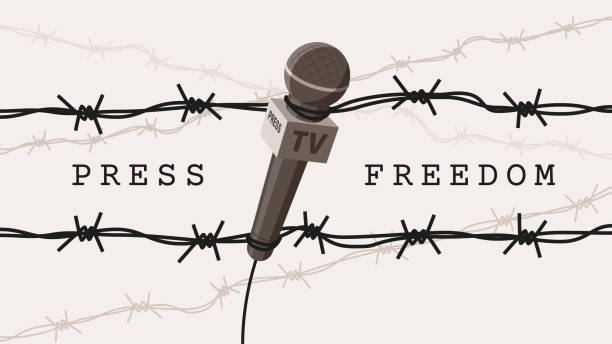 In a judgment[1]made nearly 8 months after the last hearing, the Supreme Court quashed the FIRagainst journalist Vinod Dua under Sections 124A,268, 501 and 505 of the Indian Penal Code,1860 (IPC). The FIR had been registered at Shimla against the Senior Journalist by a local BJP leader for his coverage in ‘The Vinod Dua Show’ telecast on YouTubecriticizing the Government. Dua was charged with creating ‘a situation of unrest amongst the public which will result in panic and people not obeying the lockdown to come out and hoard essentials which is absolutely unnecessary’ascribed to episode 255.

While a substantial part of the verdict deals with maintainability of the petitioner’s claims under Article 32 of the Indian Constitution (as opposed to relief under Article 226), the Court admitted his claims with reference to several cases including Romesh Thapar,[2]Priya Prakash Varrier,[3]and Amish Devgan.[4]

Observations of the Bench:

In dealing with the merits of the case (¶ 27), the Court found that the allegations were incorrect and a large part of the assertions made by the complainant in the FIR do not find place in a true translation of the telecast episode. Now, the only question before the Court was whether the actual statements made by the petitioner were a critical appraisal of the Government’s performance or whether they were designed to cause unrest among the people.

In addressing this question, the Court recalled the Kedar Nath Singh v. The State of Bihar,[5]wherein the scope of Section 124(A) of the IPC was considered. It further used the Queen-Empress v. Jogendra Chunder Bose[6]and the Queen-Empress v. Bal Gangadhar Tilak[7]cases to highlight the distinction between critical coverage and coverage that excites rebellion and disturbance. The Supreme Court dealt with these cases in detail and derived 6 ‘Statements of law’ from the Kedar Nath Judgment. The cases referred so far were decisions of the Federal Court in a pre-independence India. This jurisprudence juxtaposed the Sedition law against the Freedom of Speech and expression guaranteed to a citizen under Article 19(1)(a).Further, the Supreme Court proceeded to examine cases that were specifically related to the freedom of press in a post-independence India. These cases include the Romesh Thapar case,[8]Brij Bhushan case,[9] Express Newspapers (Private) Ltd. v.Union of India,[10]Sakal Papers(P)Ltd. v.Union of India[11]and the Bennett Coleman case.[12]

This is a reliance of nearly the entire jurisprudence on the freedom of press in India. These case laws outline the freedom of press as a fundamental right drawn from the freedom of expression. Consequently, the Court used the ratio from the above-mentioned cases to examine whether the offence of Sedition was made out. It held that the comments of the petitioner related to the availability of PPE Kits and masks were simply an ‘appraisal of the situation.’ The Court also opined that the statements of Vinod Dua in relation to the Migrant Laborers’ exodus were a part of his ‘rights as a journalist to touch upon issues of great concern’:

‘The Kedar Nath Singh judgment shows that a citizen has a right to criticize or comment upon the measures undertaken by the Government and its functionaries, so long as he does not incite people to violence against the Government established by law or with the intention of creating public disorder; and that it is only when the words or expressions have pernicious tendency or intention of creating public disorder or disturbance of law and order that Sections 124A and 505 of the IPC must step in.’[13]

The Bench describedthe statements of Vinod Dua as ‘disapprobation of the actions of the Government’ and observed that ‘every journalist is entitled to protection under the Kedar Nath Judgment’.[14]While seemingly forward, this pronouncement convenientlyignores the verdict of Superintendent of Central Prison v. Ram Manohar Lohia,which introduced the dual test of proximity and proportionality.[15]This test would further delineate the ‘tendency to create public disorder’ and prevent unjust prosecution.

The Kedar decision Nath did not confer any special protection on parties, rather it simply created a distinction between a criticism of the Government and the words that excite disaffection. It also distinguished between the ‘Government established by Law’ and ‘Persons engaged in administration’.

A need for industry-wide protection:

While the Court granted relief to the petitioner, it refused to grant the second prayer in the writ petition- a prayer for the issuance of guidelines for the formation of a committee and that no FIR be registered against a person belonging to the media with at least 10 years of standing unless cleared by the Committee as suggested. It must be admitted that the granting of the second prayer may have amountedto an encroachment on the domain of the legislature. However, with the need for modesty in charging journalists with Seditionbeing a pressing and legitimate requirement, the Court ought to have taken some responsibility.

In the last year alone,[16]several Indian Journalists have faced Sedition charges over their coverage on social media and other journalistic endeavors. This includes Rajdeep Sardesai, Vinod Jose, Paresh Nath, Mrinal Pande, Siddique Kappan and others. In the present case, Dua’s coverage was fortunately within the textbook definition of ‘permissible’. This may not be the case for other journalists. Where there is prima facie ambiguity in the permissibility of the speech, it is necessary that the Court develop a formula to uphold (and not curtail) the liberties of citizens.

In the examination of the false allegations against Dua, the Supreme Court did not even remotely reprimand the filing of such factually exaggerated and incorrect FIRs, wherein it has admitted that Dua did not attribute any actions to the Prime Minister in his video.

‘No such assertions find place in the true translation nor were any objections raised that the translated version was in any way incorrect.’[17]

It is not clear why the Court did not hold the complainant and the local Shimla Police accountable for their exaggerated and unnecessarily serious charges.

The Court has not delved into the merits of a provision as draconian as Sedition and it seems reluctant to pronounce a position of law that would protect the press and ordinary citizens from the deadly cocktail of Sedition and UAPA.[18]Rather than meeting its obligations of protecting the liberties of the people, the Court has portrayed a semblance of justice in this particular case by relying upon the 1962 Kedar Nath Verdict. There is no new ratio for protection afforded to journalists, rather it appears that the Supreme Court tried to provide a zealous relief without the courage to change the face of the law.

As the Highest Court in the land, the Supreme Court has the duty to admonish such unwarranted coercion of journalists and dissidents, especially when the costs paid by the suffering party are unpalatable. It is evident that while providing justice to one person, the Court has turned a blind eye to the thousands of injustices meted out by the apparatus of Sedition. Such a lax approach taken by theBench makes this particular decision look like a rare concession rather than a ray of hope. Keeping in mind the importance of political discourse and critical appreciation of Government action in a democracy, it would be a well-founded step if the Court were to set the stage for granting the second prayer of the petitioner.

AUTHORED BY: Shruti Avinash, a second-year Law student at NALSAR University of Law