We know that women are being exposed to violence since earlier centuries. At some or the other stage of their life, every woman has experienced injustice. Sometimes we get to know about it and sometimes we don’t. Domestic violence is one such crime that takes place in our society. May it is an elite, educated family or an illiterate household, some women still experience DV (Domestic Violence). Though women today are more independent and vocal about everything. They take a stand and they raise their voices against injustice. Still, some of them stay numb for different reasons. 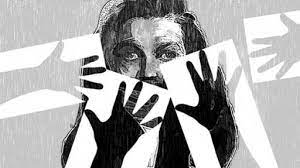 Some for the society, some for their kids, some for their family and the reason goes on. Their silence gives courage to the wrongdoer. All this sometimes takes a brutal turn and leads to some permanent loss. We often come across such cases where the continuous violence by a husband towards his wife takes a dangerous turn. Not only in under-developed or developing countries but also in developed countries domestic violence is a really common crime. According to a survey conducted by the Thompson Reuters Foundation in 2018 [1], it was concluded that India is the most dangerous country for women among 193 United Nations member states. In this article, I will be talking about the definition, forms, and effects of domestic violence. The article will also be discussing the Protection of Women from Domestic Violence Act, 2005 [2] followed by the conclusion at the end.

The crime of domestic violation takes place where partners are in intimate relationships and families. Studies show that domestic violence is characterized by repetitive acts and patterns of dominance. The wrongdoer is often found undermining and exercising power over their weaker counterpart. They include different tactics like intimidation, isolation.

In such cases, the victims are often traumatized and most often they go through domestically violent situations like lack of financial resources, fear, shame, to protect children, isolation, or power and control.[3] John Hopkins School of Public Health conducted a study and it was found that one out of three women all over the world is exposed to some sort of physical and sexual abuse.

Most of the time, the DV cases mention that wife battered beyond recognition yet the victims are often found silent and secretive about it and choose to say nothing but to suffer alone.

Domestic Violence can be classified into different types. The frequency, severity, and purpose can differ in all types. It can include physical aggression and assault like biting, kicking, slapping, shoving, etc. or threats; sexual abuse; controlling; economic deprivation; criminal coercion; kidnapping; harassment, etc. some of the types are-

1. PHYSICAL – Physical violence includes some kind of contact with the body or some bodily harm. The main purpose of physical abuse is to create fear or give pain or bodily harm to the weaker partner in order to control them. Strangulation, acid attack, and dowry death are some of the kinds of physical abuse.

Talking about strangulation, it is one the most lethal forms of DV. In recent years, strangulation has attracted the most attention towards it. In most cases, we find that the cause of the victim’s death is strangulating her throat.

It is no surprise that in India, most of the cases of domestic violence comes under the act of dowry death. Bride burning or dowry death is the crime where the married women is killed by the husband or for that matter, by the husband’s family because of their greed and dissatisfaction over the money provided by the bride’s family in the form of dowry. Hence, we can say that this crime is the result of prolonged demands for dowry after the marriage. Though today, offering and accepting of dowry is illegal still there are women who are losing their life for some meagre sum of money.

After further research into the topic, I’ve found that women are most likely to get abused during pregnancy. A long-lasted abuse can turn into a more severe crime and can result in some negative effect to the health of the mother or her un-born child.[4] Miscarriage, low birth weight babies, fetal injuries, or even death can happen because of this grave crime. Studies also show that child-birth is not likely to be the end of this act. It can even continue after the birth of the child.

2. EMOTIONAL – Emotional violence or psychological violence is the form of domestic violence where one person subjects another person to the risk of psychological trauma which consists of anxiety, chronic depression, or post-traumatic stress disorder.
Emotional abuse consists of threats, isolation, public humiliation, stalking, and coercive control. The victims of emotional domestic violence feel as if they are under the total control for their partners which results in empowering the abuser and disempowering the victim. This results in the victim being depressed. This ends up destroying the other person psychologically. Studies show that emotional abuse can tend to destroy one’s personal life physically, psychologically, and financially.

3. ECONOMIC – Financial abuse or economic abuse is the one where one partner has full control over the finances of the other partner. It may include the abuser limiting the resources of their spouse or exploiting those economic resources. This increases the dependence of the victim over their spouse which eventually results in weakening the position of the victim in their relationship.

This gives the complete upper hand to the abuser. Arguments related to money may result in heated disagreements which could give rise to retaliation with aggressive physical, sexual or psychological abuse. In most cases, the victim of domestic abuse can be seen as being fully dependent for their survival or for that matter, for the survival of their children. According to the studies, when victims are asked about why they suffer and stay in an abusive relationship, “lack of money or financial instability” comes as a common response.

Such children may start getting afraid of every other thing or may go silent. They find themselves alone and stop sharing their feelings with others. Emotional insecurity, depression, and mental health can be the result of traumatic experiences. It has been seen that children who experience their mother being abused in front of them are more likely to show symptoms of posttraumatic stress disorder (PTSD) [5]. Such an environment is not found to be healthy for children to grow.

3. PSYCHOLOGICAL – It is obvious that the victims of domestic violence, who were exposed to such inhumanity, suffers with depression, stress, and fear. Among all, depression is the most common symptom which often leads to the suicide of the victim. It is reported that among these women, 60% of them fulfill the criteria of for depression, either during or after the termination of their marriage. These women are also the victims of posttraumatic stress disorder (PTSD). PTSD includes flashbacks from the past, nightmares, and intrusive images.

The Protection of Women from Domestic Violence Act, 2005 was enacted to protect women from domestic violence. This act was brought into force by the Indian government and Ministry of Women and Child Development from 26th November, 2006. The rules and regulations under this act are mentioned in section 498-A of the Indian Penal Code (IPC). The aggrieved party is defined by this act as “any woman who is, or has been, in a domestic relationship with the respondent and who alleges to have been subjected to domestic violence by the respondent.”

The objective of the DV act says “An Act to provide for more effective protection of the rights of women guaranteed under the Constitution who are victims of violence of any kind occurring within the family and for matters connected therewith or incidental thereto.” [6] This act was primarily meant to provide protection to married woman from her husband or the female live-in partner from the male live-in partner. But was later extended to protecting women living in a household like sisters, widows or mothers. [7]

Every individual has a right to live with dignity and deserves basic honor and respect. Domestic Violence shows the patriarchal nature of the society where women are given the second position and are treated with disregard. After reading about this crime, one can say that this shows the sick mentality of the abuser. The problem of domestic abuse is deep-rooted.

The first step to combat this heinous crime is to start from home. Parents should try and instill the feeling of equality in their children. It is important that one consider their counterpart as their equals. Every individual should try and make a change, the society will change itself.

We live in the 21st century. The age of change. It is high time that we raise our voices against all the injustices happening to ourselves or others. Acknowledging this issue is the need of the hour because silence gives nothing but harm. Domestic violence has no one is our society and the one promoting this should be dealt with utter strictness.

1 thought on “Domestic Violence: A Crime That’s Needed To Be Thrown Light Upon”