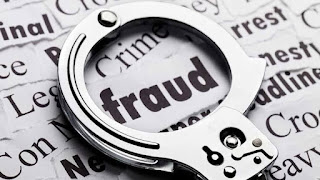 The Indian Contract Act of 1872, which is the most important piece of legislation controlling Indian contract law, established the law governing contracts in India. The Act is based on the ideas of English common law. A false claim, active concealment, vow without the purpose to carry it out, any other deceptive act, or any act ruled fraudulent are all listed in Section 17 as activities that constitute fraud. Any of the following conduct undertaken by a constricting party, his collusion, or his agent to deceive or persuade another party or his agent to agree is considered fraud. A decree is a plant that has been obtained through deception, and the operation has moved in a delinquent manner. The court possesses the necessary authority to give relief in such a case, and res judicata rules would not apply. Indeed, innocent misrepresentation may be grounds for a claim of fraud relief. A contract that is voidable under Section 19 is reached by deceit. Even yet, even silence is enough to establish that deception has occurred. If the court is willing to “verify” substantiation, it means the information has been disclosed. The defendant’s wicked or felonious purpose can be proven based on the evidence and circumstances of the case. The punishment for fraud is non-compoundable because it includes both a fine and imprisonment. Online fraud has increased as technology has advanced, and committing fraud has recently become a serious crime in the eyes of the law. However, if the agreement was obtained or forced by compulsion, there was undue influence or fraud.

“Any of the following activities undertaken by a contracting party, his connivance, or his agent to trick or persuade another party, or his agent, to join into the agreement are considered fraud.”

Someone who knows or believes a fact deliberately caches it. There was a promise made with no intention of keeping it. Any other behavior that is intended to deceive. Any act or omission that the law has expressly labeled fraudulent. Confidentiality on material likely to influence a person’s desire to enter into a contract isn’t fraud unless the conditions of the case are comparable enough that it’s the person remaining silent’s job to speak, or unless his silence is unique to speaking. To be regarded fraudulent, the contractual party, or any other individual with whom he colluded, or his agent, must have subjected him to similar conditioning to persuade him to enter the agreement. The parties have no obligation to communicate about data that could affect the other party’s agreement to the contract, and merely remaining silent does not constitute fraud unless the circumstances of the case produce a duty to speak or silence similar to speech.

DIFFERENCE BETWEEN FRAUD AND MISREPRESENTATION

The crucial distinction between fraud and misrepresentation is that in the first case, the person making the suggestion doesn’t believe it’s true, whereas in the alternate case, he believes it’s true, even though in both cases, the pledge is misled by a misrepresentation of the verity. Rattan Lal Ahluwalia v. Jai Janider Parshad was the case. Under common law, fraud not only makes the contract voidable at the discretion of the person whose assent was attained by deception, but it also gives rise to a claim for damages for deception.

The Constituents of Fraud are as follows:

When one party declines to disclose material contract information despite having a legal obligation to do so, this is known as active concealment. It necessitates more than ineffective concealing; it necessitates a deliberate act of concealment. It’s vital to note that the previously described unresistant caching relates to silence. While bare silence does not constitute fraud, it may do so when the person should communicate or when silence is equal to speech, according to the provision.

PROMISE WITHOUT INTENTION OF EXECUTING IT

Pledging without intending to keep it’s considered fraud. To fall under this section, it must be demonstrated that the pledge had no intention of carrying out the pledge at the time it was made, and any after conduct or representation isn’t taken into account.

ESTABLISHING FACTS WITHOUT BEING CONVINCED OF THEIR ACCURACY

To prove that a claim was made with the knowledge of the person making it, it must be shown that the statements were untrue. The assertion must be false in both substance and fact. In Jewson & Sons Ltd v. Arcos Ltd, giving a deceptive print and urging someone to act on it constituted fraud, even if each verity was physically true.

Whether the representation is made recklessly or intentionally, evidence of the absence of factual and honest belief is all that is required to establish the reality of fraud; inquisitiveness or recklessness on the part of the represented as to the verity or falsity of the representation only serves to illustrate the lack of similar belief. When a statement is ambiguous, the person to whom it is made must prove that he misinterpreted it. If the representative meant the statement to be understood that way, rather than if he truly feels it is accurate but the person relying on it does not, he will be accused of fraud.

WHEN IS SILENCE CONSIDERED AS A FRAUD?

The duty to communicate occurs when one party places their trust and confidence in the other and the other party accepts that trust. The duty to communicate may also apply in the context of a contract, where one party lacks the resources to investigate the truth and must rely on the information provided by the other. Silence can be used as a cover for words in some situations. A person is inversely liable for fraud if he or she maintains silent despite knowing that their silence is dishonest. Although a statement may be true at the time it is uttered, it may become incorrect when it is acted upon by the other person owing to a change in circumstances. Whenever a person shares a commodity, whether or not it is his job to speak, he must reveal all information. Contracts are voidable under Section 19 in the absence of free consent. In this scenario, silence or deception must fall under the definition of fraud as defined in Section 17.

CASES WHERE THERE IS NO FRAUD

Indeed if a false statement was made, the party professing fraud couldn’t be supposed to have been duped if it had the data in front of it or could know them. The partition of property on the death of the father and mother wasn’t set away in Janakiamma v. Raveendra Menon because the complainant was apprehensive of the vittles of her father’s Will and no new partition was ordered. In the vast maturity of cases, fraud can not be proven with positive and concrete substantiation.

Even if restitutio in integrum is not possible, as, in Indranath Banerjee v. Rooke, such a suit would provide a remedy. Due to the opposing party’s distortion of facts, the plaintiff in Dambarudhar Behera v. the State of Orissa cancels the contract. The plaintiff demanded compensation for expenses incurred during the contract’s drafting as well as lost wages until the deception was discovered. The Court awarded him damages, stating that the number of damages awarded for false misrepresentation shouldn’t exceed the losses that would have passed if the data hadn’t been misrepresented. In the event of a quiet fraud, the complainant has two options the complainant has the right to repudiate, terminate, the contract and seek payment for his losses or confirm the contract and train an action against the defendant for damages. The defendant’s malignant or felonious intent can be proven depending on the data and circumstances of the case. The defendant can also face felonious proceedings, which might affect forfeitures or maybe a captivity judgment for the defendant.

The punishment for fraud is non-compoundable because it includes both a fine and imprisonment. Online fraud has increased as technology has advanced, and perpetrating fraud has become a serious crime in the eyes of the law. If an existent is found guilty of fraud under Section 447, he can be sentenced to prison for a period ranging from six months to ten years. He will also face forfeitures ranging from the amount engaged in the fraud to three times the amount involved in the fraud. If the circumstances of the fraud are detrimental to the public interest, the perpetrator might be sentenced to a minimum of three years in jail.

As a result, being unaware of some material information that affects a person’s decision to engage in a contract does not constitute fraud. Silence, on the other hand, may be considered fraud if it can be proved as speech or if the existing must inform the other party of the information. Silence can lead to fraud if one person declines to disclose relevant information, causing harm to the other. Frauds committed all around the world could be the outcome of a dire financial situation. The penalty for fraud is now low, and it should be increased to instill a moral heart in residents so that they are not deceived by the benefits of deception. The general public should be apprehensive of common swindles and should double-check whether the information handed by the party is accurate. Fraud elimination doesn’t be overnight, and society as a total must pay the price.

This blog is authored by Dakshita Dhage, a Student of Maharashtra National Law University, Nagpur.