When a company is looking to venture its operations into the next level, the founders of the company consider making the company public which involves diluting a portion of their stake in the company to the investors in the public market which allows them to raise the necessary capital for purposes such as growth. 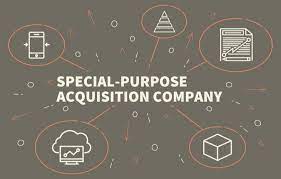 The most conservative approach to enable this has been an IPO or Initial Public Offering however SPACs (Special Purpose Acquisition Companies) are emerging as a viable form for privately managed companies to go public. SPACs have seen a resurgence in the year 2020, amidst the pandemic, raising a record of USD 83 billion in listings compared to a total record of USD 503 million in the year 2010. Within the first quarter of 2021 alone, around 70 billion USD has been raised by over 150 SPACs and this figure is projected to grow even further. [1]

WHAT IS A SPAC?

SPACs are companies that are tasked with raising capital through the IPO process with the purpose of utilizing the acquired funds to acquire or merge with another company and do not undertake any other commercial operations. This process of enabling a company to be publicly listed by merging with an already listed company without undergoing the lengthy process of listing it through the public market regulator has obtained the title of ‘blank-cheque companies’. SPACs consist of expert institutional investors and management (referred to as sponsors) who have a nominal amount of capital invested and using their professional expertise raise the remaining capital through shares of the SPAC offered to the public and seek to acquire a target company. These SPAC shares are issued to the public along with a partial warrant which grants them the right to purchase the shares at a future period at a predetermined price, which incentivizes the initial investors if it results in a prospective acquisition.

These spaces generally have a specified time frame of 18-24 months to acquire a target company. Meanwhile, these funds are held in a trust until a target company is identified, which is subject to the approval of the shareholders. At the expiry of such a stipulated time period, if it does not result in a merger or an acquisition or if the shareholders disapprove of such target company, the proceeds are then returned to the investors. However once the SPAC identifies the potential targets, it enters into acquisition agreements and performs the necessary due diligence. The De-Spacing transaction is complete once all the necessary formalities are performed, negotiating and finalizing the necessary documentation and receiving the approval of the stockholders. SPACs are considered an attractive route for privately-owned companies due to the faster processor and the absence of price uncertainty and cumbersome regulatory formalities, it offers flexibility and liberty to negotiate the valuation and share price, a source of capital without diluting the control of the company and potential for private investment in public equity and professional expertise that comes alongside experienced managers. Furthermore, the growing trend of the SPAC could also be attributed to the involvement of various celebrities such as Shaquille O’Neal, Serena Williams, and hedge fund managers, and venture capitalists such as Bill Ackman, Chamath Palihapitiya. With the resurgence of SPACs, it has been observed as a suitable route for growing companies especially in India and other emerging countries, who fail to meet the requirements through the traditional IPO route or intend to avoid the hassle of undergoing the conventional process.

Despite the recent popularity of SPACs in the US, the fast-growing and maturing Indian economy has harbored large interest by private equity investors and institutional investors in potential Indian companies. ReNew Power, a renewable energy company based in Gurugram is one of the latest additions with regards to acquisitions in this manner, with a reported amount of USD 8 Billion with RMG Acquisition Corporation II resulting in ReNew becoming a publicly listed company on the NASDAQ.[2] Prior to this companies like Yatra (acquired by Terrapin 3 Acquisition Corp) and Videocon DTH (reverse merger with Silver Eagle Acquisition Corp) has been listed on the NASDAQ. Lately, it has been reported Flipkart, an e-commerce company, and Grofers, an online grocery delivery service has been inspecting the SPAC route to be publicly listed. [3]

REGULATORY CONCERNS FOR SPACs IN INDIA

However, from the purview of India, the regulatory framework concerning SPACs is considered to be inadequate. The various legal and regulatory challenges are laid below

I) SPACs undergo the process of identifying a suitable target company, conducting due diligence and negotiations which involve a period of 2 years to ensure the maximization of shareholders wealth. However as per the Companies Act 2013, Section 248 lays down that the Registrar on the grounds where a company has failed to commence its business within a year of its operations has the power to remove the name of the company from the Register of Companies, therefore necessitating the need for enabling provisions. [4]

II) Further, Section 26 of the SEBI (Issue of Capital and Disclosure Requirements) Regulations, 2009 sets the minimum mandatory conditions that are to be fulfilled before a public offer which involves the requirement of net-tangible assets worth at least INR 3 crores in each of the preceding 3 years, a net worth estimation of at least INR 1 crore and an average consolidated pre-tax operating profit of INR 15 crores minimum during any three of the last 5 years. As SPACs do not have any operational profits or business before the acquisition, it is clear that they cannot fulfill such conditions. [5]

III) In the case of an outbound merger, where a company situated in India merges into a foreign company, requires compliance with the Foreign Exchange Management (Cross Border Merger) Regulations, 2018. [6] According to the regulations, upon the approval of the NCLT (National Company Law Tribunal), the Indian office of the target company is deemed to be the branch office of the combined entity. Further, any resident individual resident has to adhere to the limit of USD 250,000 laid down under the Liberalised Remittance Scheme with respect to acquiring securities outside India.[7] Moreover, as per the Scheme sanctioned by the NCLT in terms of the Companies (Compromises, Arrangements or Amalgamation) Rules, 2016 the outstanding borrowing or guarantees of the Indian companies are converted into liabilities of the amalgamated company which must be repaid to the lenders with a non-objection certificate. Furthermore, taxes imposed with events related to Indian target giving effect to the swap, the deSPACing event, sale of the securities on the US stock exchange have to be examined in detail.

A recently released consultation paper by SEBI (Securities and Exchange Board of India) on Proposed International Financial Services Centers Authority (Issuance and Listing of Securities) Regulations, 2021 has proposed a framework to enable the listing of SPACs. The various prerequisites that are to be fulfilled consist of the minimum offer size not being less than USD 50 Million, an acquisition timeline of 3 years extendable to 1 year, the minimum application size for an IPO amounting to USD 250,000. Therefore it is evident efforts are being made in order to compose a regulatory framework for Indian companies to be listed abroad.

Despite the large influx of capital through the medium of SPACs in the past year, there is a lot of concern and skepticism due to the below-par historical track record, the poor valuation of such mergers, involvement of firms with a substandard reputation in such mergers, negative media outlook has led to the notion of a SPAC bubble which is likely to burst sooner or later. Further supplemented by the fact that 148 out of 248 SPAC listings in 2020 are still searching for targets and also only 2 have announced the target companies out of 281 SPACs listed in 2021. However, with the repercussions on the Indian economy due to the pandemic, alternative modes of investment have to be explored to develop the capital markets to visualize economic and industrial growth. Due to the lower execution risk, lower disclosure restrictions, access to professional expertise and investor networks, and various advantages that have gained traction for SPACs and also SEBI’s initiative to enable India as an ideal destination for SPACs, it will be seen as a potential route for Indian companies intending to be listed. Careful consideration of compliance, regulatory, tax measures before opting for this path alongside substantial reforms in the comprehensive regulatory framework to enable SPACs in India would allow it to be a viable and alternative route for Indian companies compared to an IPO.