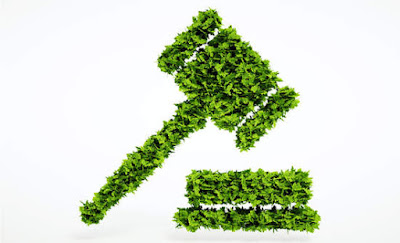 Global warming is a plague which affects us all, as such it is imperative various governments around the world take steps towards protection and conservation of the environment, to reduce the rate of global warming and minimize its impact on life on earth. Some forms of action are self-regulation by individuals and corporations, projects by various NGOs and legislative action by the state. In this blog, the focus would be on legislative actions taken by the state towards the protection of the environment in India.

Let’s start off by understanding what exactly a statute is; as per the Oxford Learner’s Dictionary, “a law that is passed by a parliament, council, etc. and formally written down”.

Even before India’s independence, several environmental protection laws existed. However, it was only until the United Nations Conference on the Human Environment (1972) that the real push to put in place a well-developed framework began. Following the Stockholm Conference, the Department of Science and Technology established the National Council for Environmental Policy and Planning in 1972 to act as a regulatory authority for environmental issues. This Council later became the Ministry of Environment and Forests. This exemplifies a critical turning point in India’s environmental protection. [2]

Some of the prominent works of legislation include-

1.      The National Green Tribunal Act, 2010- India pledged the participating governments to offer legal and administrative remedies to victims of pollution and other environmental damage at the United Nations Conference on Environment and Development in June 1992. Under the National Green Tribunal Act, the National Green Tribunal was formed in 2010. This statute governs civil cases involving environmental protection and natural resource conservation. Legal rights and environmental rights are included. The Act is enacted under Article 21 of the Indian Constitution, and it explains the right to live in a clean and healthy environment. The NGT’s Principal Bench is located in New Delhi. Pune (West), Bhopal (Central), Chennai (South), and Kolkata all have regional benches (East). Each Bench is responsible for a specific geographical area within a region. Additionally, a circuit bench mechanism is offered. [3][4]

2.      E-waste (Management) Rules, 2016- The rule applied to a total of 21 items (Schedule-I). The regulation also applied to electrical and electronic equipment (EEE) components, consumables, parts, and spares, as well as related commodities. The current principle has fortified the Extended Producer Responsibility (EPR), which is the worldwide best practice to guarantee the reclaim of the finish of-life items. [5]

4.      Biological Diversity Act 2002- This piece of legislation was passed by the parliament of India to meet the obligations imposed by the Convention for Biological Diversity, a multilateral treaty of which India is a member. Biodiversity has been defined under Section 2(b) of the Act as “the variability among living organisms from all sources and the ecological complexes of which they are part, and includes diversity within species or between species and of eco-systems”. Situated in Chennai, The National Biodiversity Authority (NBA) is a statutory autonomous organisation within the Ministry of Environment and Forests of the Government of India, that was created in 2003 to carry out the Act’s requirements. The penalties for violation of any of the provisions of the act are defined as “punishable with imprisonment for a term which may extend to five years, or with fine which may extend to ten lakh rupees and where the damage caused exceeds ten lakh rupees, fine may commensurate {be in proportion} with the damage caused, or with both.”

5.      The Air (Prevention and Control of Pollution) Act, 1981- The Air (Prevention and Regulate of Pollution) Act, 1981 (the “Air Act”) establishes boards at the national and state levels to prevent, control, and abate air pollution, as well as to carry out the aforementioned functions. The Air Act set ambient air quality standards to address the difficulties connected with air pollution. The Air Act aims to reduce air pollution by limiting the use of harmful fuels and chemicals, as well as regulating air pollution-producing appliances.

6.      The Water (Prevention and Control of Pollution) Act, 1974- The Act was passed to provide for the prevention and control of water contamination, as well as to maintain or restore the country’s water’s wholesomeness. It also establishes Boards for the prevention and management of water pollution in order to achieve the aforementioned goals. The Water Act forbids the discharge of pollutants and pollutant-like particles into water bodies in excess of a certain standard, and it imposes fines for non-compliance.

7.      The Environment Protection Act, 1986- The 1986 Environmental Protection Act was enacted to protect the environment. The statute establishes a framework for environmental preservation and enhancement. The Environment Protection Act creates a framework for investigating, planning, and implementing long-term environmental safety regulations, as well as a mechanism for responding quickly and appropriately to environmental threats. It is a piece of law that establishes a framework for the cooperation of federal and state bodies created under the 1974 Water Act and the 1974 Air Act. The Central Government is empowered under the Environment Act to take measures to protect and improve the environment’s quality by establishing standards for emissions and discharges of pollution into the atmosphere by anyone carrying on an industry or activity; regulating the location of industries; and managing hazardous wastes, along with the protection and preservation of public health and welfare. Non-compliance or violation of the Environment Act, or its regulations or orders, will result in a penalty of up to five years in prison or a fine of up to Rs 1,000,000, or both. If the breach persists, an additional punishment of up to Rs 5,000 shall be imposed for each day that the failure or contravention persists after the conviction for the first such failure or contravention. [7]

It can be noticed that there is an active effort on behalf of the legislature to both penalise those polluting the environment and providing remedies to those who have suffered from such pollution. It is crucial such statutes are further modernised for the changing world, to meet new demands and challenges, with the focus of protecting public health and safety.