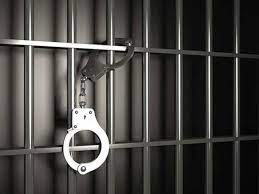 ‘An Individual who breaks a law that conscience tells him is unjust, and who willingly accepts the penalty of imprisonment in order to arouse the conscience of the community over its injustice, is in reality expressing the highest respect for the law’

Imprisonment means punishing someone on the order by the court of law for their any criminal activity done by them. Under article1of Indian Constitution of India their rights are void.

In the Indian Penal Code, there are certain sections for capital punishment such as they are as mentioned under nature of crime as follows – rape or gang-rape2, murder3, kidnapping for ransom4, dacoity with murder5 are some of the nature of crime.In such crimes, the IPC also provides imprisonment of death penalty, forfeiture of property and fine as punishments for various crimes. To protect society from such offenders states have adopted policy/strategyto punish such trespassers.Imprisonment is a punishment wherein the accused is confined with prisoner of war camp or prison camp. In Legal System, imprisonment became an important part from the 19th Century onwards.

There are certain types to imprisonment/punishment implemented by Indian Penal Code, 18606. They are as certain death, life imprisonment, forfeiture of property, fine and simple and rigorous imprisonment

Another word for death punishment is also known as Capital punishment. Under IPC, 1860 and Code of Criminal Procedure7 there are other offences which are punishable by death by the High Court. Such as murder, abetment of suicide by a minor or insane person, or dacoity with murder etc. The court has to record its special reasons while imposing death sentence as to why the court has come to a conclusion. A certain procedure is followed while imposing death sentence, such as

(iii)             Until the period allowed no order shall be made for confirmation allowed for preferring an appeal has expired. When confirmation sentence is submitted by the High Court, shall consist of two or more judges and it must be signed by at least two of them.

There are other circumstances where if in case a woman is sentenced to death by the High Court and afterconfirmation of sentence it is found that woman is pregnant then in such case the High Court shall order the execution of the sentence to postponed and if suitable or commute to the imprisonment for life.Death penalty is handed out in cases to as rarest of the rare cases i.e. those cases in which the collective conscience of the community is so shocked that it will expect the judiciary to deliver death penalty on the accused. The Indian Supreme Court has stated that cases in which a murder is committed in its extreme state can be put under the purview of rarest of rare cases.

In these case, the Supreme Court had held that death penalty can only be said to be constitutional when it was applied as an exceptional penalty in the ‘rarest of the rare cases’.

Forfeiture of Property arises from illegal hunting and trade in The Wildlife (Protection) Amendment Act of 2002 which added a new chapter i.e Chapter VI-A. According to Section 58C, if any individual or associate of persons or trust obtains any property from illegal hunting or wildlife trade, the competent authority shall forfeit that property to the State government.If the competent authority determines that only a portion of the obtained property is proven to be unlawful, the authority shall issue orders to pay a penalty equivalent to the market value of that part of the property in lieu of forfeiture, giving the opportunity to the affected person.When a property is ultimately forfeited by the government as mentioned in Section 58-I, the transfer of such property shall be deemed null and void. By any means if any human knowingly acquires any property in which proceedings are pending it would be punished with imprisonment. The imprisonment could be for about a term of five years and also with a fine to which upto fifty thousand under section 58Y.

When any property held has been forfeited to the State Government or if the person concerned if refuse to pay the fine due under Section 58K (1) within prescribed time, the competent property which may order the surrender who may be in possession of property.When any person fails or refuses to cooperate with an order rendered, the Administrator may take custody of the asset and may use such action as may be appropriate for that reason.

There are certain provisions in the current IPC which provide for forfeiture of property as a punishment:

§  P.P.Abdulla and another v. Competent authority and others –

The Order passed in pursuance of the said notice is declared as null and void. Therefore the appeal is allowed and the impugned orders of the High Court and the authorities concerned are set aside.

A person sentenced to simple imprisonment will have to do simple works in the prison, whereas, a person facing rigorous imprisonment has to perform hard labour during his/her term.The counsel claimed that Section 302 IPC nowhere defines the term “rigorous imprisonment.”Hence in the absence of any such definition, life convicts cannot be subjected to rigorous imprisonment, he contended.The apex court then issued notice to the state for its response

A bench of justices P Sathasivam and RanjanGogoi recently issued notice to the Maharashtra Government on the petition filed by a murder convict Ashok ParsappaKodvan, who had challenged the life sentence awarded to him by a session’s court for the murder of his wife.

The Bombay High Court had affirmed the sentence upon which he filed the appeal through the Supreme Court Legal Services Center (SCLSC).

According to the prosecution the convict had throttled to death his wife on July 13, 2002 at Lamboti Taluka, Solapur district as he reportedly suspected her fidelity.

Senior counsel ParmanandKatara arguing on behalf of the convict submitted that he was not challenging the conviction but wanted the court to determine whether a person sentenced to life was liable for simple imprisonment or rigorous imprisonment.

§  Gopal VinayakGodse v. The State of Maharashtra and others –

It is a petition under the Constitution8in the nature of the habeas corpus claiming to the             petitioner that has served his truth and should be released. In these the Code of criminal Procedure9sections have been implied.

The Apex Court has also said that its constitution landmark judgement on criterion for imposing death penalty which needs a fresh look as there has been no uniformity in following such principles on what constitutes the rarest of rare cases.

In 1956 life imprisonment finally and statutorily replaced transportation. The underlying framework of Indian law has been changed with the enactment of the Constitution. Rights became reality for prisoners as well as many others in India. However, while important legal protections have been identified for prisoners, life convicts have rarely succeeded on issues which go beyond their individual cases.

A constitution bench of the Supreme Court held that life sentences cannot be imposed consecutively.

§  Bhagirath&Ors vs Delhi Administration on 16 April,1985

1Article 21 or 32 of Indian Constitution of India.

7Section 368 of Code of Criminal Procedure

8Article 32 of the Constitution