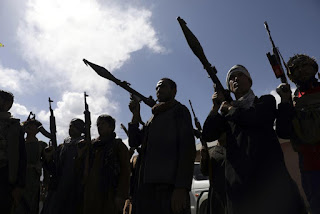 Before 9/11 the advancement of Taliban rule in Afghanistan became the headache of the western nations but no multilateral approach taken, the perception of terrorism shifted dramatically after the deep security failure led to one of the biggest terrorist attacks on the soil of the United States of America upon the World Trade Center taking lives of around 4000 people. The world was shocked by this development countering this by giving a solid fightback President George Bush on 20th 2001 waged a crusade against the terrorist stating during his declaration of war on terror “Our war on terror begins with al Qaeda, but it does not end there. It will not end until every terrorist group of global reach has been found, stopped and defeated” classifying all terror groups as one. After 20 years of the long struggle in Afghanistan adding 6 trillion dollars in the National debt recorded several optimistic accomplishments in terms of elimination of terrorism the killing of Osama Bin Laden in Pakistan, and ISIS chief Abu Bakar Baghdadi in the drone strikes are few of them but the main threat the Taliban stayed an active force on the ground in Afghanistan. The rise of the Taliban in Afghanistan is at a rapid pace since the announcement of US President Biden regarding the complete withdrawal of US forces from Afghanistan till 9/11 Taliban forces occupied 85 percent of the districts out of 407. The recent withdrawal from Bagram airbase fallen in the hands of the Taliban within two days, while peace talks are initiated by Iran between Afghanistan government officials and Taliban commander shown some signs of peace through diplomacy, nonetheless the experts predicted the fall of Kabul by this yearend which is a concerning development in the region. Iran fears the rise of Sunni extremism in the Iran region by the Taliban could lead to the insurgency for separation especially in the Baloch region which makes about 50% of total Baluchistan land under Iran. Iran being a Shiacountry perceive Pakistan as a allay of Saudi Arabia because of this the threat of insurgency in Iran is active which Russia took in note after 2018 when Tareek e TalibanPakistan and Islamic movement of Uzbekistan joined Islamicstates. The terrorist outfits drawn inspirations from the victory of Mujahedeen over the Soviet Union and the United States withdrawal added one more page of propaganda in the terror doctrine.

Tajikistan facing a border crisis where the Afghanistan military commanders and soldiers fleeing from the battlefield and taking refuge in Tajikistan concerning the huge influx of refugees Afghanistan might arrive at the Tajikistan border, the Government of Tajikistan seeking assistance from the Russian government regarding this border crisis. In response Russian Government pledge to defend the old satellite states of the Soviet Union in dealing with these new security challenges erected from this border crisis. For Pakistan, peace with the Taliban might enable the ISI to recruit the soldiers of the Taliban and amplify the insurgency in the Kashmir region however the Tehrik-i-Taliban one of the outfits of Taliban vocal against the Pakistani regime who wanted to establish their own rule in Pakistan which might be considered as an obstacle for ISI especially in the recent rise of violence has been noticing in Baluch region concerning not only Pakistan but the China-Pakistan economic corridor initiative under which Gwadar port is building. The Chinese are less concern about the rise of the Taliban due to their extreme suppression of extremism in the Xinjiang region since 2013. During that period of time in February India andChina cooperated against the extremist forces alas, the last year’s Sino-Indo border crisis at Galwan valley signals that such cooperation is out of debate as more Indian forces deployed in the Ladakh valley to counter the Chinese development in the Himalayan range. The Nexus between the Pakistan high command and the extreme its group is not hidden from the world and this development of Taliban concerning India especially if ISI support the spread of Taliban along with Indian Mujahedeen and Lashkar e tabiya in the Kashmir region destabilizing the peace could lead to the escalation in the war.

The recent visit of Jaishankar to Iran meetingthe President-Elect Ebrahim Raisi discuss the possible plans to counter the Taliban if the peace negotiations collapse, also indicating a possible revival of Northern Alliance against the Taliban joining hands with Russia, Iran and other countries against the Taliban rule The prosperity of Taliban regarding the finance this time might be seeking alternative measure to permanent establish themselves in the Afghanistan which indicating towards a possibility that the defeated ISIS high rank officers could find themselves an opportunity in the Taliban where their expertise could be utilize, keeping in the mind that Pakistan is the only Muslim nuclear weapons state and settlement next to Pakistan might opening up doors for Taliban to gain access to the nuclear Fissile material which is in abundance through illegal contractors nonetheless the possibility is too low because to enrich the Uranium it requires Reactor and a systemic functionary working consistently which will be hard to establish in this period of time. The Taliban visitMoscow in the recent days and stating the victory of the Taliban in Afghanistan not a threat to Russia, but on the ground, at the rapid pace Taliban forces seizing critical routes and this past week the third route has fallen in the hands of the Taliban First Tajikistan controlling Two-Thirds of Afghan-Tajik Border, then Uzbekistan now its Islam Qala crossing point connecting Afghanistan and Iran. The main concern is a Taliban rule in Afghanistan funding terror attacks in Western countries if the United States fails to set up a surveillance mechanism in Afghanistan to monitor the Taliban and other associate extremist groups after the planned withdrawal by September 11 2021 it might bring the Asia region under the possible threat of Taliban expansion hindering any possibility of peace in Asia. The recent statement by president Biden indicates no such measures are in the tab of we do list before the complete departure from Afghanistan ending the two decades war on terror. The United States Afghanistan Pakistan Uzbekistan has agreed in principle to establish a new quadrilateral diplomaticplatform focused on ensuring regional cooperation, alas the issue remains whether the alliance is worthy of trust because of the past involvement in funding and aiding terrorism especially in the case of Pakistan whodespite being The United States major non NATO allyshelteredAl-Qaeda LeaderOsama Bin Ladenwho later assassinated during the secret mission of the United States in 2011 in Pakistan. The current ties with Taliban of Pakistan as revealed by the current prime minister current president of Afghanistan Ashraf Ghani also revealing the double standard of Pakistan in dealing with Taliban. The Taliban as a legal entity in Afghanistan in place of current government not only create a diplomatic crisis within the central and southernAsian countries but having any sort of negotiation with terrorist outfit might deteriorate the relationship between the governments especially on the issue of human rights which again recently arise where a certain age group of women’s are demanded by the Taliban leaders for marriage. For the Chinese stabilize Afghanistan will be desirable, in order to limit due to the presence of Taliban in the region might ignite the Ugher militancy and increase of terrorism across nation but complete annihilation of terror network is not China priority because it enables China through Pakistan to maintain rift in Himalayan region by proxy war restricting Indian access and influence to central Asia. Diplomatic rift among China and the United States worsening the Afghan issue where US seeking establishment of new central Asia QUAD to counter the belt and Road initiative spread in Afghanistan who historically considered  the heart of Silk Road. This development hinting that the Taliban this time is here to stay in Afghanistan while the complexity of international relations might reaffirm this development and the shadow of extremism might sweep more regions beyond Afghanistan.

AUTHORED BY: HARJEET SINGH, A STUDENT AT UNIVERSITY OF DELHI SOL