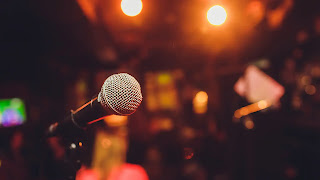 Intellectual Property Law is often concerned with protections issued in favor of innovators for their inventions which includes writing, music, designs, and other works. These innovations are largely protected by Intellectual Property Rights (IPRs) such as copyrights, trademarks, patents, and trade secrets. The trend of such laws is recognizing the importance of protecting competition, innovation, and investments, which have remained as the most vibrant causes throughout the history of the concept of Intellectual Property Law,[1] while the concept of Low-IP industry includes a range of industries such as fashion, cuisine, sports, and others, but not stand-up.[2]

However, as the profession of stand-up comedy came further into space, joke theft became a sensitive issue amongst professionals in this domain.[3] It is a dilemma for the professionals in this sector that such a theft of innovation has not been recognized by the layout of Intellectual Property Law.The rightful owners of such content are the ones to suffer as consequences of this unrecognized theft in context of Intellectual Property Law.

Quite ironically, Josh Ostrovsky, or more commonly known as @thefatjewish has managed to raise more than 10.9 million followers on Instagram by stealing jokes,[4] along with Elliot Tebele, or more commonly known as @fuckjerry on Instagram.[5] If the same cannot be branded as unfortunate, the law needs to be developed accordingly along with the changing time and punish the offenders who unfairly gain the fruits of such inventions by stealing jokes and uploading the same as their own content.

In the instant article, the author will attempt to explain in brief the unfair position that the professionals under the domain of stand-up comedy come under, while also discussing the jurisprudence regarding the comedy bible, i.e., the social norms-based system which is used to bring about justice for the victims of joke thefts.

The Comedy Bible, AKA the Social Norms-Based System

Joke theft is an offence which is taken extremely seriously amongst professionals in the industry of stand-up comedy, if not amongst the general public. The world has revolved for hundreds of years to finally come to a time where laughs come at a high price, which is incomparable with most laws and norms. It is believed that the principle “[t]hou shalt not covet thy neighbour’s jokes, premises, or bits,” is the most fundamental concept of the comedy bible.[9]

Since stand-up comedians stood at an unfavourable position while not being able to acquire formal IP protection, Oliar and Springman[10] suggested the formation of a social norms-based system which acts as the soft and golden substitute in place of the hardcore concept of Intellectual Property Law and protection.This substitute system then carries out the regulation of the stand-up industry by detecting theft, negotiating afterwards, and backed by social sanctions[11] and extralegal sanctions. These may be categorised as simply refusing to work with such offenders,[12] which would bring down their reputation, and may even lead to the destruction of their very career due to the spread of word about the bad conduct carried out by these individuals.[13] Thus, through this, the soft and golden substitute of IP protection grants the professionals in the domain of stand-up comedy the desired control over their jokes.[14]

It is believed by the professionals in this domain that this soft and golden substitute itself is enough for bringing justice in regards to joke theft in the small community of stand-up comedians, since it has the power to cause serious harm to the reputation of a comedian if they carry out such a conduct. In this context, the intracommunity players, i.e., the club owners, comedy room managers, writers and agents, and comedians themselves are enshrined upon the duty of self-regulating these processes.[15] Another positive fact about the comedy bible is the fact that this system stands to be cheaper and more customisable according to the changing time and development of the industry.[16]

In this sense, a favourable argument in favour of stand-up comedians can be that even if they utilise universal facts in their jokes, they can protect the same under their individualized expression[19] or conceptualization,[20] since the method of putting out the joke, which includes the dialogue, pauses, and delivery, is an idea and expression of their own.[21],[22] Moreover, it has come before the legal justice system’s just eyes that the same joke can be reproduced more than once, and that the joke is not protected with any ownership, but the same combination of words, delivery, way of speaking, pauses, pacing, and everything in between cannot be the same as each other, since every person’s delivery of joke differs from personality to personality.

In this context, the original delivery and expression of such a joke can also be protected under the heading of Performer’s Rights mentioned under Section 38A of the copyright Act Section 2(qq). Here, the performers may be classified as the stand-up comedians who pursue a joke on their set before the audience.

It is clear that the enforcement mechanisms pursued by the industry of stand-up comedy is quite weak in comparison to the protection which is granted to the mainstream industries favouring innovation, in regards to the concept of Intellectual Property Law. However, it is also a fact that the domain of stand-up comedy and its pertinent issues of joke theft has just recently shown its colours, which is why it is important for the law to develop according to the dynamic environment in order to ensure the prevalence of justice.

Since its invisibility in the concept of Intellectual Property Law, stand-up comedy is protected by an exceptionally honest industry of workers who have worked together to form a sanction-less spine which enforces punishments through extralegal protections, as was discussed in the preceding paragraphs. Moreover, protection can also be enforced through the negative spaces of Intellectual Property Law which recognizes certain aspects of delivery and performers’ rights, which brings a certain amount of ease into the rightful owners of the jokes. Needless to say, it has become an offense too surreal, for jokes not being placed at a reasonable price.

This blog is authored by Poulomi Chatterjee, student of Bennett University (2019-24)