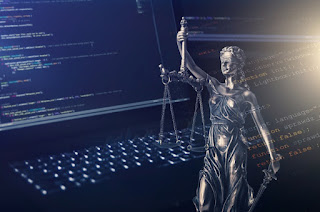 Forensic science is an essential aspect of the criminal justice system. It is fundamentally concerned with the investigation of scientific and physical clues acquired from the crime scene. Forensic science discusses the uniqueness of the perpetrator of the crime. The evidence clearly defines the nature (what) of the offence. The circumstantial evidence also talks about the incident’s time. The forensic evidence establishes the site of the crime (where/crime scene).[1]Forensic science applies science to civil and criminal laws enforced by government agencies such as police, CID, CBI, etc. In the context of a criminal justice system. Forensic science is concerned with the application of scientific technique and expertise to legal issues.[2]The term “forensics” is derived from the Latin word “forenses,” which meaning “forum.” Forensic science is concerned with the preservation, acquisition, and analysis of evidence that can be used to prosecute an offender in a criminal court[3]. As a result, the application of forensic science in the Indian criminal justice system provides a clear picture. The role of forensic science in the justice and legal systems is well acknowledged. In the prosecution of criminals for evidence. This is due to the fact that when scientific procedures and techniques are employed, there is little room for injustice and bias.It entails the application of various disciplines for evidence analysis, including chemistry, physics, computer science, biology, and engineering. For example, biology is utilised to determine the origin of an unidentified suspect, physics is used to decipher the pattern of a blood spatter, and chemistry is used to decipher the composition of narcotics[4]. Forensic Science is a part of the law that aids in evaluating many features such as DNA, fingerprints, blood samples, chemical and toxin tests, and so on in a trial and investigation of a case. Forensic evidence is also utilised to connect crimes that are suspected to be related. DNA evidence, for example, can link one perpetrator to several different crimes or crime scenes, or it can exonerate the guilty. Forensic evidence also aids in linking crimes, assist law enforcement officials in narrowing the spectrum of probable suspects, and establish patterns of crime that may be utilised to identify and prosecute individuals.

Role of computer forensic in crime investigation in India

Computer forensics supports the civil and criminal justice systems in ensuring the integrity of digital evidence presented in court cases. As computers and other data-collection devices become increasingly common in all aspects of life, digital evidence – and the forensic method used to gather, store, and analyse it – has grown in importance in solving crimes and other legal difficulties. The average person never sees much of the data collected by modern devices. For example, computers in automobiles continuously collect data on whether a driver brakes, switches, or changes speed without the driver’s knowledge. This information, however, can be crucial in resolving a legal case or a crime, and computer forensics is frequently used to find and preserve that information.Forensic science plays a significant role in the criminal justice system by providing scientifically based information through the analysis of physical evidence, determining the perpetrator’s identity through personal clues such as fingerprints, footprints, blood drops or hair, mobile phones, or other gadgets, vehicles, and weapons[5].

Techniques in Forensic Science and uses in criminal administration

Multiple forensic techniques like DNA analysis, NARCO, and brain mapping in India are used in the criminal justice system. In circumstances when the question of succession arises in property matters, DNA testing has been used.

Narco-Analysis Test– Narcosis is a drug-induced state of unconsciousness. Narco-Analysis is a technique in which a subject is put to sleep or sleepy by pharmacological injection and then interrogated while in this state[6]. This method has been used to enhance a witness’ memory.

DNA Profiling– DNA profiling is one of the most dependable ways of investigation in forensic science. DNA is an abbreviation for “Deoxyribose Nucleic Acid,” an organic molecule found in every living cell that provides an individual’s genetic blueprint. DNA can be collected from various sources, including blood, sperm, bone, saliva, and so on. Fredrick Micscher discovered DNA for the first time in 1869[7].

Fingerprints: Fingerprints have been used as one of the most critical pieces of evidence by criminal detectives. Humans are born with a distinct set of ridges on their fingertips. The ridges, which are densely packed with sweat pores, generate an established pattern for life.

Polygraph or Lie Detector Test –The term “Polygraph” means “many writings,” and it refers to a way of recording psychological processes. The basic idea is that when someone lies, he becomes apprehensive, which creates mental excitement.[8] To mask the excitement, the adrenal glands are prompted to secrete Adrenalin, which, once in the bloodstream, regulates blood pressure, pulse rate, and respiration. When psychological changes are recorded, they are referred to as a Polygram. They are analysed to determine whether the suspect suffered emotional stress due to the questions presented during the lie detection test.

In State of NCT Delhi v Sujeet Kumar[9], Delhi police investigated a severe rape and unnatural sexual act with a four-year-old female child residing in a slum abode, and DNA profiling was utilised to link the culprit to the heinous crime of sexual abuse. After reviewing the extensive study of the child’s testimony and the many methodologies involved, the court agreed to the investigation results based on DNA reports and other evidences and found the accused guilty and overturned the Trial Court’s order acquitting the accused.

The identification of the deceased victim in Vishal Yadavvs State of UP[10], NitishKatara murder case was difficult due to the availability of only a small bit of one un-burnt palm with fingers. DNA profiling assisted in identifying the body remains by matching DNA profiles with the deceased’s parents, allowing the High Court of Delhi to affirm the accused’s conviction.

The 1973 Code of Criminal Procedure was changed in 2005 to allow for collecting a variety of medical information from accused persons upon arres[11]t. Section 53 of the Criminal Procedure Code of 1976 states that an accused individual may be subjected to a medical examination upon arrest if there are “reasonable grounds for thinking” that such examination may yield evidence of the crime.

Section 45 of the Indian Evidence Act addresses the court’s use of expert opinion in determining handwriting or finger expressions.

Section-46 indicates that even though a fact is useless normally, it can be found significant in court if substantiated by expert testimony.

Section-293 of the Criminal Procedure Code gives a list of scientific experts recognised by the government who can assist in the formation of a report in any case to improve the process of a trial or investigation.

Sections 53 and 54 also offer the arrested individual the right to be examined by a medical practitioner who can also be deemed an expert.

Section 27  of the Prevention of Terrorism Act, states that a police officer may request in writing from the CJM samples of handwriting, fingerprints, footprints, photos, blood, saliva, sperm, hair, and voice of any accused individual who is reasonably suspected of committing an act under this Act.

Although there are no express regulations supporting forensic science procedures, the Supreme Court has time and again interpreted this idea and explained the court’s opinions on the subject in its numerous judgments.

There has been significant reliance on technology in criminal investigations and trials in India. The Committees on Criminal Justice Reform have underlined that technology in crime detection can help the system run more efficiently. The appropriate laws have been modified regularly to allow for the use of forensic technologies in crime investigation and prosecution. However, it is possible to argue that there are defects in the laws that must be corrected.The advancement of technology has provided the world with a helpful and accurate tool for criminal investigation. Currently, forensic science plays a crucial role in crime prevention and detection. The basic tenet of the criminal justice system is to provide fair justice. Without a doubt, forensic evidence is more authentic than ocular evidence. Forensic science, as a form of scientific evidence, is advantageous to the criminal justice system.Finally, Wicker of the University of Tennessee College of Law says, “If and when solid evidence is produced that is relatively credible, scientific means of revealing falsehoods either in or out of courtrooms are available, the legal profession should swiftly deploy these procedures.”