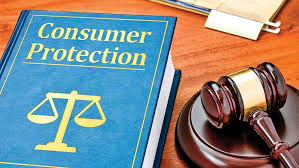 Under Section 2(1)(o) of the Consumer Protection Act, 1986, “service” meant service of any description which is made available to potential users and includes the provision of facilities in connection with banking, financing, insurance, transport, processing, supply of electrical or other energy, board or lodging or both, [housing construction][i], entertainment, amusement or the purveying of news or other information, but does not include the rendering of any service free of charge or under a contract of personal service.

In 2019, when the new Consumer Protection Bill was introduced in the Lok Sabha, “healthcare” was included in the list after telecom. This was done after a Supreme Court judgment of 1995 (Indian Medical Association v. VP Shantha[ii]) which clearly stated that medical services to patients, for which fees is charged, comes under the purview of the Consumer Protection Act.

The amended Consumer Protection Act, 2019 under Section 2(42) defines “service” as service of any description which is made available to potential users and includes, but not limited to, the provision of facilities in connection with banking, financing, insurance, transport, processing, supply of electrical or other energy, telecom, boarding or lodging or both, housing construction, entertainment, amusement or the purveying of news or other information, but does not include the rendering of any service free of charge or under a contract of personal service;

The addition of ‘but not limited to’ makes the new definition inclusionary and non exhaustive.
“Healthcare” was removed from the service items provided in the draft Consumer Protection Bill after the medical fraternity expressed concerns over the law being used adversely against it. However, this does not mean that aggrieved persons cannot approach consumer forums for medical negligence or deficiencies in health services.

The medical profession was brought within the ambit of a ‘service’ as defined in the Consumer Protection Act, 1986 in the 1995 Supreme Court Judgment of Indian Medical Association v. VP Shantha[iii]. It defined the relationship between patients and medical professionals as contractual. Patients who had sustained injuries in the course of treatment can sue doctors in ‘procedure-free’ consumer protection courts for compensation.

A ‘contract for personal services’ implies a contract whereby one party undertakes to render services (such as professional or technical services) to another, in which the service provider is not subjected to a detailed direction and control. The provider exercises professional or technical skill and uses his or her own knowledge and discretion. A ‘contract of personal service’ implies a relationship of master and servant and involves an obligation to obey orders in the work to be performed and as to its mode and manner of performance. The ‘contract of personal service’ is beyond the ambit of the Consumer Protection Act, 1986, under Section 2(1)(o) of the Act.

The test for holding a medical professional to be liable under the consumer protection law is the failure to exercise skill and care as is ordinarily expected of a medical practitioner.

The Consumer Protection Act will not come to the rescue of patients if the service is rendered free of charge, or if they have paid only a nominal registration fee. However, if patients’ charges are waived because of their incapacity to pay, they are considered to be consumers and can sue under the Consumer Protection Act. If the expenses are borne by the insurance company or the employer, as a part of the conditions of service, then such service would fall within the ambit of service under the act.

Similarly, if the service is rendered under a contract of personal service i.e. the service rendered by a medical officer to his employer under the contract of employment would be outside the purview of ‘service’ as defined in the act.

Liability of the Legal Professionals under the Consumer Protection Act, 2019:

The High court of Madras in the case of Srimathi and others v. The Union of India and others[iv] (1996), has decided that the services provided by the legal practioners fall within the ambit of the Consumer Protection.

The Andhra High Court, in the 2000 case of K. Vishnu v. National Consumer Disputes[v], held that an advocate does not enjoy blanket immunity from being sued for negligence or tortuous acts. The court stated, “We see no special reason why a speedier and cheaper statutory remedy to get the monetary redressal of injury caused by an errant advocate should be viewed with disfavor. The circumstances in which an advocate can be accused of deficiency in service may be limited, having regard to the special nature of professional duties expected of him. We find no compelling reason to read down the definition of ‘service’ so as to exclude the legal practitioners from the purview of Consumer Protection Act.”

In the case of Jacob Mathew v. State of Punjab[vi] (2005) the Supreme Court held that professionals such as architects, doctors, lawyers and others are persons professing some skill and a professional may be held liable for negligence on one of the two grounds: he either did not possess the requisite skill which he professed to have possessed, or, though he possessed the skill, he did not exercise it with reasonable competence.

In the case of D.K. Gandhi v. M. Mathias[vii] (2007), the National Consumer Disputes Redressal Commission made it clear that all professionals, including legal professionals, should come under the ambit of the Consumer Protection Act. The NCDRC further clarified that a lawyer may not be responsible for a favorable outcome of a case, but if there is a deficiency in services promised, the lawyer can be proceeded against. The order of NCDRC was challenged in an appeal filed by the Bar of Legal Professionals in 2008. In an interim order, the Supreme Court stayed the order of NCDRC; the case is still pending before the Court.

The Bar Council of India (BCI) expressed ‘deep anguish’ and ‘resentment’ towards a proposal to include services of lawyers under the ambit of Consumer Protection Act, 2019. The BCI called the proposal ‘demeaning’ and said that such a step would undermine the legal profession. The Delhi High Court Bar Association also passed a resolution to protest against the said proposal which, if passed, would make the legal community answerable to consumer forum. Following this, Ram Vilas Paswan, the Minister of Consumer Affairs, clarified that there was no such proposal at present[viii].

In light of various Judgments stated above it can be concluded that The Consumer Protection Act is a law which has taken within its ambit not only the deficiency in goods but also in services and legal and medical service is well included in it.

1 thought on “The Ambit of Healthcare And Legal Services Under The Consumer Protection Act, 2019.”