Since time immemorial television has been a major source of entertainment for all. Especially in India, television has been categorized as a necessity and has been a major source of revenue. India’s TV industry earned about 778 billion Indian rupees in fiscal year 2020 with subscription and advertising revenues put together. Television has set a mark that would be very difficult to beat off. But it is well said by Charlie Chaplin that ‘Nothing is permanent is this wicked world’. 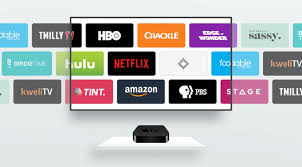 With the changing times, the online content and service provider known as Over the Top (OTT) platforms have come as a revolution to the broadcasting industry. Especially in this pandemic situation the worldwide coverage of OTT platforms has increased not only among the youth but also among adults and senior citizens.

WHAT ARE OVER THE TOP (OTT) PLATFORMS?

In the present scenario, OTT platforms have come as blessing in disguise for the world especially during lockdown period. OTT or Over the Top platforms are audio and video hosting and streaming services. It not only host the television content but also produce and release short movies, feature films, documentaries and web series. Since OTT platforms being a new medium for entertainment, it bypasses the traditional way and infrastructure through the transfer of data via internet. These platforms offer a range of content and use artificial intelligence to suggest users the content they are likely to view based on their past viewership on the platform. The consumption of online content is on the rise in the country, television remains just as central in Indian households with over 188 million TV households in the country in 2018. In fact, the rate of penetration of the paid cable and the satellite television was forecasted to amount to over 80 percent of households from 2019 to 2023. According to the reports, at the end of March 2019 the market size of the OTT platforms was nearly Rs. 500 crore and has been forecasted that online video streaming platforms may become a Rs. 4000 crore revenue market by the end of 2025.

WHO REGULATES THE OTT PLATFORMS?

Hitherto, there was no law or autonomous body that governed OTT platform or digital content but that was till November 2020. In a major move by the union government, the cabinet secretariat through a notification said that films and audio visual programs made available by the online content providers and news and current affairs content on online platforms will come under the purview of Information and Broadcasting Ministry. The move to bring the OTT platforms, which until now remained unregulated and was regarded as anomalous, under the Ministry of Information and Broadcasting is a major step and that could also mean that these platforms would have to apply for the approval of the content they wish to stream. It is not the first time that the government had targeted these platforms, earlier also the government had indicated the necessity to monitor these platforms. Government wanted the platforms to come up with a self regulatory body and in response to that eight video streaming services had signed a self regulatory code that was shot down by the ministry of Information and Broadcasting. In October 2020, the Supreme Court of India issued a notice to the centre and the Internet and Mobile Association of India (IMAI), on a petition to regulate OTT platforms such as Netflix, Amazon prime, Hotstar and etc.

IMPACT AND CHALLENGES OF REGULATION OF OTT PLATFORMS

With the rise in viewership of OTT platforms, especially during Covid – induced lockdown period, the challenges for government to regulate the OTT platforms also increase. Due to pandemic, when the film coliseums were closed, it led the dependence of audience to more on OTT platforms and moreover several production houses started to release their films directly on the OTT platforms, which lead to rise in popularity in OTT platforms. Due to increase in viewership, it would become very difficult for the government to monitor the content 24×7 and further keeping a regular check on their content will have its own challenges. The regulation would also mean that platforms would have to apply for certification of the content and in result content can be censored by the certification boards in India. Apart from this due to censorship people may not able to see exclusive programmers of different platforms which they had paid to see therefore it leads to loss in unique selling proposition of different platforms. Generally OTT platforms are used for constructive criticism and regulation of the content will hamper the freedom of speech and expression. However, the OTT platforms not only offers politically sensitive content that had lead to raised eyebrows but also offers sexually explicit material, which had also drawn attention to people moreover OTT space is misused to depict the political scenario differently and portray the scene shown far beyond reality and hence the regulation of the content by the Ministry of Information and Broadcasting will lead in creation of safer environment. But, in general, anything that goes under the purview of a government body tends to suffer from some form of control.