Indian society has travelled far enough in these decades when it comes to viewing the concept of live-in relationship. It has been defined as “a domestic cohabitation between an adult unmarried male and an adult unmarried female.” The mindset and the social stigma attached to a live-in relationship is gradually changing. It is evolving with time. In almost all nations around the world, particularly in India, marriage is regarded as a sacred institution. 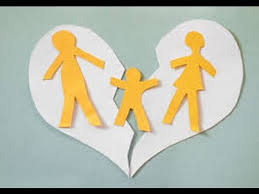 Therefore, the foundation of live-in relationship is something which most of the people of the society find socially and morally difficult to accept. However, the new generation’s liberal strategy is helping live-in relationships to find acceptance in Indian society. The recent judgement of the Allahabad High Court in Kamini Devi v. State of Uttar Pradesh has further paved the way for its acceptance.

Although the opening up of minds is evident but such change is still criticized by many. Still a major part of the Indian society considers such relationships as immoral and they are not granted equal status in the society. The society and accordingly the personal laws fail when it comes to the protection of the interest of the parties involved in a live-in relationship, mainly the female partner and the children born out of such relationship. Even though the Indian Judiciary has taken some major steps to fill the void created due to such unacceptance of these relationships, there still remain major lacunae in the law.

In S.P.S Balasubramanyam v. Suruttayan, the Supreme Court for the first time considered the question of the legitimacy of children born from live-in relationship. It was held that “If a man and woman are living under the same roof and cohabiting for some years, there will be a presumption under Section 114 of the Evidence Act that they live as husband and wife and the children born to them will not be illegitimate.” The statute was interpreted by the court to show that it is in conformity with Article 39(f) of the Indian Constitution which stipulates the duty of the state to provide adequate opportunities to the children to help them grow properly and to protect their interest.

However, lots of issues concerning live-in relationships and its legitimacy and succession rights remains unsettled which have not been adequately considered by the courts. The property rights in India are governed by The Hindu Succession Act 1956 (hereinafter “HSA”) and The Indian Succession Act, 1925. A legitimate child which includes both son and daughter comes under the Class-I heirs and are rightfully entitled to inherit the share in the property of the joint family. Whereas an illegitimate child is allowed to inherit only his mother’s property and he doesn’t get automatically entitled to inherit his putative father’s property. Therefore, the succession rights of the children in case of the live-in relationship depend upon the legitimacy of those children in the eyes of the law.

A bare reading of §16 of HMA would make it clear as to why such provision cannot guarantee the concerned succession rights. Under §16(2) of HMA, children of void or voidable marriage, “Where a decree of nullity is granted in respect of a voidable marriage under Section 12, any child is begotten or conceived before the decree is made, who would have been the legitimate child of the parties to the marriage if at the date of the decree it had been dissolved instead of being annulled, shall be deemed to be their legitimate child notwithstanding the decree of nullity.”Therefore, it can easily be inferred that §16 of the HMA applies to cases where there exists a void or voidable marriage. It doesn’t state anything related to cases where the marriage doesn’t exist in the first place, i.e., live-in relationships. The legislature’s intention behind §16 is to create a legal fiction so that the children who are illegitimate are treated as legitimate for inheritance purposes. It is restricted to those situations only where the marriage is void or voidable and does not apply to cases where there exists no marriage at all. The court does not have the power to re-legislate against the expressed will of the legislature as evident through enactment while interpreting a provision on the subject matter. In the case of live-in relationship, no marriage takes place between the couples. It was held by the court in Madan Mohan Singh v. Rajni Kant that only unmarried individuals are permitted to be in live-in relationship. Therefore, as per the statute, a live-in relationship does not come under the ambit of §16 which requires pre-existence of marriage.

Another problem that exists is that even though the Supreme Court has time and again reiterated that the children born out of live-in relationship cannot be said to be illegitimate, but the court has also added an additional requirement for determination of such legitimacy. In Tulsa v. Durghatiya, it stated that children would be considered legitimate for the purpose of succession only if the parents had lived together under the same roof and were engaged in continuous cohabitation for a considerable amount of time. It differentiated such relationship from “walk-in and walk-out” relationship. However, there is ambiguity due to the phrase ‘considerable amount of time’ used by the courts. The courts have failed to settle the debate over the issue of what amounts to ‘considerable amount’ which will confer the legal status to such a relationship. The length of the time period of continuous cohabitation remains debatable. Hence, it becomes important for the judiciary to settle the debate on the issue of the time period so as to differentiate clearly between live-in and “walk-in walk-out” relationships.

Further, such requirement of a reasonable period of cohabitation defeats the objective of law set out in Marriage Laws (Amendment) Act 1976, which aims to prevent discrimination of illegitimate child on the basis of the relationship between his/her parents. The difference between the treatment of illegitimate child born out of the void and voidable marriage and children born out of live-in relationship where the couples were not living together for a considerable amount of time, does not make much logical sense.

Additionally, §16(3) of the HMA is silent on whether the word ‘property’ includes both the separate and ancestral property and only the separate or self-acquired property. § 16(3) of the HMA has just stated that children born out of the void or voidable marriage can acquire only the property of his/her biological parents and not of anyone else. It was held that the legal fiction created by §16 of the HMA about the legitimacy of the children born out of the live-in relationship for the purpose of inheritance rights should be limited to the only self-acquired property of the parents.[2] In Neelamma v. Sarojamma, the court held that illegitimate children, although considered legitimate under §16(3) of the HMA cannot claim a share in the ancestral property of the joint family. Whereas the Supreme Court in Revansidapa v. Malikarjun stated that “keeping in mind the current sociolegal circumstances that the legal fiction created per amendment to H.M.A. in section 16(3) must be given a wider holistic meaning” so that the right of succession is granted to such children even in the case of coparcenary property. Therefore, they should not be discriminated against the children born out of a valid marriage and should be allowed to inherit both types of property of the parents which includes both self-acquired and ancestral property.

Another intertwined issue revolves around the role of the religion of the person in succession laws. The inheritance of property under succession laws depends upon the religion of the person. The confusion in area pertains to the determination of the religion of children born out of live-in relationships of people from a different religion. This becomes a difficult issue in case of personal laws of inheritance such as Mitakshara and Dayabhaga, where the child gets right as soon as he is born only if he is a Hindu. In the case of inter-religious live-in relationship, it becomes difficult to determine the religion of the child because that depends upon the way of life he follows throughout. Hence, his inheritance rights remain undetermined. All these concerns must be adequately addressed through a proper mechanism.

The legal stance concerning the question of succession rights in case of live-in relationship is quite uncertain. It is important to remember that with the evolution of societal norms and culture, it becomes necessary to reform the law. The judiciary itself seems to be in a dilemma when it comes to providing legal status to live-in relationship. It is neither in favour of promoting such a relationship nor wants to prohibit it, but it tries to ensure that parties are not subjected to any kind of abuse. So, it is just trying to maintain a harmonious balance between constitutional principles and norms of society.

In such a scenario, the onus is upon the legislature to take a firm stance and to analyse the consequences of live-in relationship on children. An adequate legal framework should be in place to remove the confusions and ambiguities present in the current legislation and jurisprudence on the subject matter.

It was held in Parayan Kandiyal Eravath Kanapravan Kalliani Amma (Smt.) & Ors. vs. K. Devi and Ors, that interpretation of the HMA, 1955 which was intended to be beneficial legislation should be done in the light of the objective of the law. The objective of HMA to bring reform in the society is very much evident from the amendments made to the act such as doing away with the difference between the child born out of the void, voidable and valid marriages. Hence, the aim of §16 is to bring reforms in society by conferring succession rights on the children born out of an illegitimate relationship. Therefore, it is more logical to provide the right of inheritance in both the self-acquired and ancestral property of the parents to the children born out of such a relationship. It is also important to do away with the requirement like ‘continuous cohabitation’ for ‘considerable amount of time’ for establishing the legitimacy of live-in relationship and children born out of them. This is necessary to further the objectives of the law. Even though the legal status of live-in relationship has been repeatedly determined by the courts in multiple judgements, no specific law has been enacted by the legislature. To address these issues, we need special statutory legislation which could clear the status of such children and clearly state their rights. This will ensure consistency in the law and will assist in establishing the emotional, physical and mental stability of children.