Generally, the term offence refers to the act of displeasure, anger, and displeasing. But, in the legal sense, it is an illegal act which is punishable as it is a breach of law or provisions in a statute. There are various kinds of offences stated under the Indian Penal Code, 1860 and numerous other codes. These offences are listed under Schedule I of the Criminal Procedure Code, 1973. 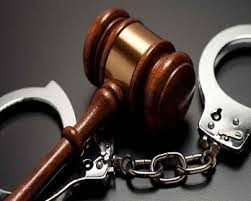 Difference between Cognizable and Non-Cognizable Offence

Difference between Bailable and Non-Bailable Offences