The Income Tax Act, 2000 consists of separate regulations between the taxation of the residents and the non-residents. Section 4, reading it with section 5 of the Income Tax Act, the non-residents are taxable only on India source incomes, which means that only and to the extent that such income accrues or arises or is deemed to accrue or arise in India or is received or deemed to be received in India. 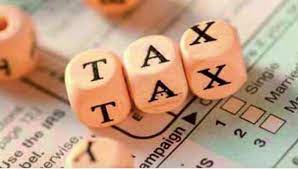 The controversy which surrounded the taxation of payments made for the software concerning the characterization of income in the ownership of non-resident taxpayers should be considered as either royalties or business profits. The tax department side of the case did contend and expressed in various cases[1] that the amount of consideration paid by resident Indian end users / distributors to non-resident computer software manufacturers/suppliers software constituted “royalty”. On the opposite side, taxpayers successfully convinced the court on the opposite position and perspective in some cases.[2]

The dispute began in Karnataka high court judgment in 2011[3], when the court ruled out the judgment in support of the tax department.

On 2nd March 2021, the supreme court of India put a full stop or resolved a two-decade-old taxation farrago and conundrum. The supreme court ruled out that the payments made by the Indian resident to a foreign recipient for the objective of selling in India would not be considered as “Royalty”. The payment for the usage of software would not give rise to any income taxable in India. With this rule, the resident firms would have the liability to deduct TDS under Section 195 of the Income Tax Act. The four categories of appeals were divided by the SC:

Distribution of transaction under Copyright Act, 1957

The Tax department contended that the sale of copyrighted software would be a grant of an interest in their copyright under the Copyright Act, which would necessitate the deduction of tax at source under Section 195 of the ITA. These transactions were sold in nature without transfer of copyright from the non-resident to an Indian resident.

The payment for the resale/usage of the computer software through EULAs / Distribution agreements is not royalty. Copyright is an exclusive right that restricts its use by the other or its users or doing certain acts. The transfer of copyright would take place when the owner of the copyright parts with the right to do any acts listed in section 14 of the Copyright Act. This transfer is different from the transfer of ownership of the work in which the copyright is protected because there is no right transferred for “Reproduction” or any such acts under section 14. The important takeaway provided by the court is that the “Right to Reproduce” and the “Right to Use” are two completely separate rights as the sale of the former involves the sale of the copyright.[4]

The license which is granted consulting the EULA is not in terms of Section 30 of the Copyright Act, which transfers an interest in all or any of the rights listed in Section 14 (a) 14 (b) of the same. The license imposes a restriction on the use of the computer software. “license” is not conclusive in nature in the real sense in a EULA / Distribution agreement. The agreement as a whole should be looked upon. Section 52 (1) (aa) of the copyright act states that creating the copy for temporary protection by the legal owner will not be considered an infringement of copyright.

The two cases of Citrix Asia and the Samsung case at Karnataka High Court. The license for the use of a product under a EULA is interpreted as the license under section 30 of the Copyright Act. The role of EULA is to impose restrictive conditions upon the end user and does not part with interest relatable to any rights mentioned in Section 14 (a) and (b) of the Copyright Act.

Regarding the Sale of Goods vs. License of Copyrighted article, the court treats consideration to be for the sale of goods as some places and to be for license / right for using copyrighted article at other places, only dealing with the software on a CD format (tangible format). On the contrary, in the digital license, no such title is given.

Royalty under Income Tax Act in relation to Tax Treaty

Comparing the definition of “royalties” under tax treaties with the definition under ITA,[5] the tax treaties provide exhaustive definitions including any payment received as consideration for “use of” or “right to use” any copyright in a literary work. ITA gives a wider definition including the lumpsum consideration not considered income of the recipient under “Capital Gains”. Held that both definitions are the same to the extent that transfer of all / any rights or grant of license for copyright is a sine qua non for a transaction to constitute payment for royalty under these definitions.

There would be no obligation on the payer when the statute did not need the same, factually.[6] Such a person would not be considered as an “assessee in default” for not deducting tax on payments since 1976. The reiteration of the principle of impossibility would also help taxpayers in arguing the non-applicability of other withholding tax provisions (Section 194).