In this amid lockdown worldwide because of the spread of covid-19, it has become difficult for the common mass to communicate or to return to their place. Many Indians who are living overseas wanted to return back to the country and hence our central government started the evacuation of thousands of Indians who were stuck abroad. 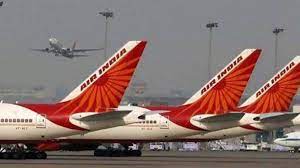 A PIL was filed in the Apex Court on 8th may, this PIL raised serious concern about India’s air evacuation standards operating procedure during any kind of health emergency. According to the PIL Indian aircraft are not equipped properly to meet the challenges of a covid-19 pandemic. This failure to meet the standards was because the Indian aircraft were governed by the Aircraft (public health) rules, 1954. The draft of Aircraft (public health) rules 2017, which had better rules and laws to meet the standards and also to face the recent situation of the Covid-19 pandemic, are not yet notified. It was later assured that a standard operating procedure, has been framed and would be followed scrupulously and the relevant provisions from the draft of Aircraft (public health) rules, 2017, would be considered while framing the new SOP. This newly framed SOP would be followed while bringing back Indian nationals stuck in various countries due to the lockdown enforced to stop the spread of the disease, Covid-19.

The Aircraft (public health) rules, 1954 and the draft of 2015 and 2017 were enacted to discuss and highlight the different responsibilities that the government, health officers at the airport has. It also highlights about the responsibilities and duties of a pilot-in-command and the requirements of any aircraft that is arriving or leaving India or even within operating within India has to complete and also the steps and measures that has to be taken by the airport officers, staffs and others during the spread of quarantinable disease and also to look after the safety of the passengers who are affected by the pandemic.

The International Health Regulations (IHR) (2005) gave a valid structure to guaranteeing worldwide health safety. On one hand, this was done to forestall and give a healthy reaction of the public to the universal spread of ailments and, then again, to not middle with global traffic and exchange. This guideline became effective from June 15, 2007, and from 2009 India additionally began actualizing this in the stir of the pandemic. Considering this and in exercise of the provisions given under section 8A of the Aircraft Act, 1934, the Health and Family Welfare Minister had passed a draft of the “Indian aircraft (Public Health) Rules, 2015” (“Aircraft Public Health Rules”) in replacement of the Indian aircraft (Public Health) Rules, 1954.

Communication is additionally needed in inter-State level and furthermore comprehensively, as health of the public faces danger once in a while constrained by worldwide outskirts. A fit methodology, in view of logical best practice, is bound to be compelling and to ingrain trust in the voyaging open. Territorial and universal associations have a significant part to play in encouraging such coordination.

With rising universal and local movement and the travel industry, recognizing the one-of-a-kind necessities of a pandemic is essential. The need of great importance is to concentrate powers, particularly for announced pandemics, for example, Covid-19. States should try to improve, develop and test properly the efficiency of the aircraft-related public health plans that are integrated with a State’s public health plans. At a governmental level, this may require co-operation and joint efforts among the Ministries of Health and Transport and other concerned bodies of the government, this would help to bring greater efficiency in the standard operating procedure of an aircraft during any kind of health emergencies.

States ought to create and test the efficiency of aviation-related public health keenness designs which are coordinated with the State’s public readiness policies. At a legislative level, correspondence and coordinating efforts between the Ministries of Health and Transport and other concerned bodies are needed, to evolve it even more better than the previous time.