Journalism is an integral part of democracy, perhaps a part that cannot be affirmed less importance, it holds immense power all around the world. The essential component between those in positions of power and those who elect them in these positions of power is the interrogating power of journalism and in this power rest the pillars of justice equality, and transparency. However, over the years, this notion of journalism and the media has profoundly evolved, owing to the polarity that the media reflects between the political turmoil in the country and the citizens, owing to the fraught relationship that the media, politicians and the public share. 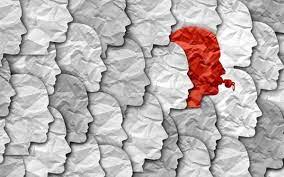 Journalists today, by many are considered as partisan as the rest, and party workers, blind volunteers, gullible supporters, and sometimes the general public all subject the media to uncivility and polemic criticism. This is suggested by how one section of the society upon hearing or reading information or rather facts going against their supposed ideologies(shared by the political party they support), go as far as hurling various forms of hate speech such as organized trolling, rape and/or death threats, etc. directed at journalists who report genuine information as well as on those who support these facts and truth(probably the other section of the society supporting a contrasting ideology).

The power of professional journalism

Journalism and media today are highly influenced by political parties therefore to deepen democracy would mean bringing out the power of journalism and help support media houses and news agencies that work on investigative journalism, of the kind that empowers bringing the truth and facts of the case out. India currently ranks an abysmal 142nd in the press freedom index 2020, which gauges the amount of freedom journalists have to pursue stories and how the authorities respect this freedom. yet so many journalists in the history of independent journalism in india have served as an inspiring reminder of why fearless investigative journalism is of colossal value, and the immense power that it holds that can go on to achieve as large as stoking public fury, protests all over the country and toppling governments in a span of a day. It stands high as a reminder of what it can do to sensitize the general public, the ordinary me and you, the ordinary us, the society and the field of professional journalism, that in the recent times has been subject to immense political influence.

Quoting the former Press Council of India chairman Markandey Katju, the Indian media is now facing three big problems. “The first one is of diversion from serious to non-serious issues. The second is dividing people communally and the third is promoting superstition and obscurantism,” he said and concluded his speech with a quote by Mahatma Gandhi: “Be the change you want to see in the world” In the current times, it seems like no media channel has the freedom to run neutrally and is obliged to lean towards a political party.

The fact is, even today, probably every party owns a media channel that praises them and takes up their stand even on their wrong decisions. Journalists should ponder over whether they are actually reporting what they shall report and who’s preventing them from reporting their stories. Journalists wash their hands off if they find their conscience alive and try to convey their audience what the actual world looks like. Sadly even if there are brave journalists that live for their conscience and take journalism professionally, in the true essence that it’s meant to be they’re not spared by the government, it costs them their lives.

Acts of Bravery and Applaud

As noteworthy a journalist as gauri lankesh was heinously murdered by assassins that belonged to a wing of the current political party, they were told they had to murder gauri in order to save their religion. Brave Investigative journalists like gauri lankesh, narendra dhabolkar, M.M Kalburgi, and Govind Pansare were all murdered for being sharp, outspoken critics of majoritarianism and intolerance, of the prime minister’s Hindu nationalist government, of the religious propaganda and vote bank politics. They were of the ideas that inspired equality of all the classes and breaking forth religious superstitions to raise high, the flag of secularism, exactly because of which they were murdered.

Gauri Lankesh and Shujaat Bukhari were famous and renowned personalities whose killings drew attention but there are many who lose their lives for us and yet, their voices remain unheard. Gone are the days when journalists worked on exclusive independent stories, and uncovered scandals while not being heinously attacked for it.

Starting from the hindu’s bofors expose where corruption for the first time became an intensely public and political issue to Ashwini sarin’s investigative articles exposing the multi crore defence vehicle disposal racket, the family planning atrocities during emergency and the torture subjected to the tihar jail inmates, to tehelka’s defence deals expose, investigative journalism has shone light on the murky manipulations by those sitting at the highest positions in the country to manoueuvre government formation, cater to corporate interests and influence public opinion thereby furthering the very cause of democracy.

From time to time, the Indian judiciary has also passed judgements that empower journalism, the most recent example of which is Dr. shashi tharoor vs. arnab goswami, wherein the court was prima facie of the view that reporting in the present matter is a case of legitimate investigative journalism and defendants cannot be denied the right to telecast a story as it is a matter of substantial importance with respect to a public figure. The media has full play in the matter of legitimate investigative journalism. This is in accordance with our Constitutional principles of freedom of speech and expression and is in consonance with the right and duty of the media to raise issues of public concern and interest. This is also in harmony with a citizen’s right to know. So the supreme court placed the public’s right to know, above a person’s right to privacy.

I believe the need of the hour in Indian journalism, the media as well as for the people of the country is to eliminate bigotry, to not only learn to accept and respect differences of opinions but to also learn tolerance. This will not only eliminate our differences that essentially give birth to hatred against those who hold opinions that differ from ours but also deepen the essence of democracy, which is of utmost importance for a country that is the biggest democracy in the whole world, for a country that is india.

Investigative journalism and Whistleblowing in india, are indeed treacherous terrains. Whistleblowing in politics and legislative decisions has rightly helped the people in knowing the serious wrongdoings of the government. To some extent, this also contributes to the right to information movement started only some years ago through judicial activism, except the whistleblowers’ lives are at enormous risk, they demonstrate exemplary courage in order to bring the truth out. Whistleblowers like Satyendra Dubey and Manjunath Shanmugan both were again murdered for daring to expose corruption in the public sector.

A most recent case regarding whistleblowing, that caused widespread media trials and outcry was the series of suspicious deaths in the wake of the infamous vyapam disclosures. The case pertained to the manipulation in the selection process to favour students from affluent and politically influential families in the medical exam, conducted by thre Madhya Pradesh government. The subsequent investigations led to an unholy nexus between politicians, senior bureaucrats, doctors and businessmen who contrived to let undeserving candidates clear the exams in exchange for heavy bribes, which was all made public on all forms of media.

Laws relating to it

For a very long time, India didn’t have any acts or legislations that enabled the protection of whistleblowers. It was dubey’s assassination in 2003 that finally made the govt. along with the help of the supreme court to enact the public Interest Disclosure and Protection of Informers Resolution(PIDPIR) in 2004. Its purpose was to ensure a mechanism to securely disclose sensitive information regarding corruption or any kind of wrongdoing by the govt. or public sector companies, by empowering the Central Vigilance Commission(CVC) with more powers to take action. In 2011, a new law was enacted the 2011 Whistleblowers Protection Act(WBPA) that among others provided adequate safeguards against victimization of the person making such disclosures.