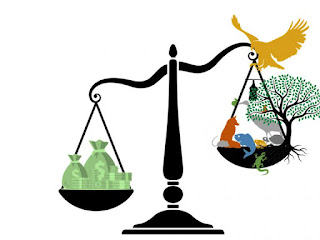 In the earlier times, the flora and fauna were available in abundance. It was not realized that a time will come in the future for which there will be a need to save and protect the environment and wildlife. However, asthe time passes and situation arises when the environment and wildlife start to end, so to safeguard and protect them various legal provisions where enacted by the legislature. It was the time that demanding an urgent need of strong legislations to preserve the endangered species. As a result, actions were taken in the direction to fulfill the said object.

In the law of the land,[i]various amendments took place via 42nd Amendment which is also known as Amendment Act, 1976 or “Mini Constitution” .The reason being it introduced many changes in the Constitution of India and also added significant provisions for the protection of wildlife and forests in part IV[ii]of the Constitution.  Further, it enclosed the protection of wildlife and forests in the 7th Schedule of Constitution of India that talks about the powers assigned to the Union and the State.[iii]

1.     In Constitution, we are having Fundamental Rights in Part III from Article 12 to 35. Among them Article 21 is highly significant with regard to protection of wildlife.[iv]Article 21 of the Indian constitution is of vital importance as it provides a right- Right to life to every person whether citizen or non-citizen and judiciary has widen its ambit by expanding its meaning to the life of animals as well.

While expanding its meaning, Supreme Court of India noted that every species, animals are also possess right to life and personal security, and the word “life” includes all forms of life whether as animal life or human life.

2.     Afterwards, we are having Directive Principles of State Policy (DPSP) in our Indian Constitution[v], comprises of Articles 36 to 51. These are the principles which the State has to abide while forming any policy. They act as a guidance to the state but they are not enforceable in nature.

3.     Indian Constitution has Fundamental Dutiesconferred upon its citizens.[vii]They emerged via 42nd Amendment[viii]in conformity with Article 29 (1) of the Universal Declaration of Human Rights.

Article 51(A) (g) of Indian Constitution is relevant in context of protection of wildlife. As per Article 51 (A) (g), the Indian citizen is duty-bound to take care the natural environment. They have a duty to protect as well as to preserve forests, wildlife, lakes etc in the best possible manner. This Article makes the citizens duty bound for protecting and also improving the environment which is a prominent necessity of the survival of living creatures and wildlife.

In this way, Indian Constitution empowers judiciary to protect and preserve the most important part of the natural life i.e. flora and fauna. Moreover, to protect and preserve wildlife, the parliament of India passed Wild Life (Protection) Act, 1972. The Act provides for the establishment of Wildlife Advisory boards and the appointment of wildlife wardens and other staff to implement the Act and to achieve the objective of protecting wildlife.

The Indian Judiciary has protected endangered species in India.

With the commencement of new provisions and Articles under Indian Constitution, judiciary has attempted to resolve various issues regarding protection of environment and wildlife. It has exercised its powers and by way of judicial activism, it has protected endangered species in India. And this is illustrated by many of the cases that the judiciary has entertained and, thereby resulted in the protection of endangered species in India.

Ø  Case- Animal Welfare Board of India v. A. Nagaraja & Ors.[ix]

In the state of Tamil Nadu, there is a historic and long-established game named as “Jallikattu”. In this sport, bulls are nudged via sharp sticks and their tails are twisted to the utmost that it may lead to the fracture of vertebrae. After such kind of arrangement, bulls are released over the crowd of people who are supposed to jump over the hump of bull. Along with it, red chills are rubbed into their eyes for aggression and also forced to drink alcohol. This all results in death of bulls by stabbing them with knife and jumping over them and dragging them over the ground leads to broken of their bones. Animal Welfare Board of India (AWBI) filed a case in SC to ban the practice of Jallikattu and it was get banned by the Ministry of Environment and Forest and SC also upheld the enforcement of ban of the sport of Jallikattu. SC also made observations for protecting the “life” of animals and declared that animals are also having right to life and personal security and the word “life” includes all forms of life whether as animal life or human life under Article 21 of the Indian Constitution.

In this case, petitioner approached to SC for questioning the constitutionality of ban on cow slaughter in Bihar on the ground that this is in contradiction to the Article 25 of Indian Constitution(fundamental right of freedom of religion) and this ban is abstaining them from sacrificing cows on Bakr-Id Day as a religion tradition. SC highlights that neither of their Islamic texts or books including Quran and Hidaya made it compulsory to sacrifice cows only and instead grant them to go for camel or goat. Henceforth, SC held that prohibition on cows slaughter is constitutional and not at all infringe the fundamental rights and also states that Article 48 is for the animals that have potential of yeiling milk or have capacity to work as drought.

It has been observed in this case that in cases where the problem of ecology is brought before the court, the court is bound to bear in mind Article 48 (A) which direct that the state shall endeavor to protect as well as to improve the environment and to conserve the forests as well as the wild life of the country. It implies that the vital importance shall be given to shield and to look after the endangered species at any cost.

In this case, Supreme Court held that “it was evident from the combined reading of Articles 48 and 51 A (g) of the Indian Constitution that citizens must show compassion to the animal kingdom. The animals have their own fundamental rights. Article 48 specifically lays down that the state shall endeavor to prohibit the slaughter of cows and calves, other milch and draught cattle.” Supreme Court also stated that the objective and purpose of the Parliament behind enacting Article 51A was for it to be read with Articles 48 and 48A that to ensure that the character and essence of all the provisions must be honored.

From the past time to the present, there are a lot of differences arisesnot only in the field of science but also in the mentality of people. Now, we are more serious about the fact that the environment and wildlife, both are very crucial and essential part of natural resources as they are equally important for the survival of human beings. Considering this fact, Parliament has enacted various provisions for safeguarding the wildlife. Like in Constitution, we are having Article 21, 48, 48 (A), 51 A (g) which specifically talks about wildlife protection. In addition, the parliament of India has passed a separate Act which specifically talks about the protection of wildlife, named as Wild Life (Protection) Act, 1972. The Act provides for the establishment of Wildlife Advisory boards and the appointment of wildlife wardens and other staff to implement the Act and to achieve the objective of protecting wildlife. Nowadays, Judiciary is more concentrated towards preserving the endangered species and takes the related cases with all sincerity. Various PILs are also being filed in order to save the environment and wildlife and to prevent endangered species. Henceforth, accurate actions taken by the parliament and judiciary made it possible for the next generation to be introduced with the species which can’t be able to in absence to those meaningful actions.

[iv]Right to Life, Article 21 of the Indian Constitution