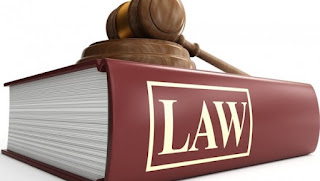 There are 4 pillars of the democracy: Legislature, Executive, Judiciary and the Media i.e. press. They are allotted with different powers and hence, they are circumscribed into their respective limits only. The legislature is assigned with the function to make or enact laws; the executive woks to implement or execute those laws enacted by the Parliament and the 3rd pillar i.e. judiciary checks the validity of those laws along with their implementation and interpretation in the best possible manner. This helps in maintaining a system of separation of powers as well as a set up of check and balance which aids in minimizing the corruption.

The Supreme Court and the High Court review the laws and held them void if find contrary to the law of the land i.e. the Constitution of India. Like in the case of Shreya Singhal v Union of India[i], the division bench of Hon’ble Justice J. Chelameswar and Justice R.F. Nariman rightly held Section 66A of the Information Technology Act violative to the Article 19(1) (a) of the Constitution of India and hence, declared it as unconstitutional.

The courts while interpreting the provisions of the statute adopts two important principles of interpretation of statutes named as Ejusdem Generis and Noscitur a Sociis. We will make a comprehensive study of both of them.

In other words, when a general word follows specific word of distinct category then the general words may be given a restricted meaning of the same category.

For example: there is an Act called the Cooked Breakfast (Fictitious) Act 2015 which has an applicability to Bacon, Sausages, Fried egg or similar foods. Here, the question arose before the court that, whether Toast, Burger, Candy are included and can be constituted in the Act or not. So, according to the rule of ejusdem generis, Toast is included in the Act but Burger and Candy are not because all the specific words Bacon, Sausages, Fried egg are breakfast related words and it is not common to have burger and candy at the time of breakfast. So, here we can say that the general words Burger, Toast, Candy have derived restricted meaning according to the specific word Breakfast.

This doctrine is significant when the language of the provisions is ambiguous in nature and provides for more than one meaning. So, to resolve the conflict, judiciary makes use of this principle to interpret the provisions in such a way that is not contrary to the intention of the legislature.

1.2 When Does the Rule of Ejusdem Generies Applies?

The application of ejusdem generis can be understood with the help of a case R. v. Edmundson.[iii] It applies when:

1.     the statute is enclosed with an enumeration of some specific words;

2.     the general word is subsequent to that enumeration;

3.     there is an absence of any expression indicating different legislative intent;

4.     the subjects of the enumeration establish a category or a group all together;

5.     that category or group isn’t exhausted by such enumeration.

These 5 essentials for the application of the rule of ejusdem generis were also raised by the Supreme Court in the cases of Amar Chandra Chakraborty v. Collector of Excise[iv], and Uttar Pradesh State Electicity Board v. Harishanker[v].

In this case, it was observed that the rule of Ejusdem Generis is that when general words follow particular and specific words of the same nature, then the meaning of the general words must be restricted to the things of the like or ditto nature as those specified.

In this case, the Hon’ble Supreme Court of India made efforts in interpreting the language of section 2(f) of the Central Excise & Salt Act of 1944 w.r.t. notification no. 230 & 231. The provision includes the specific words- bleaching, dyeing, printing—organic process. The court has to decide what all can come in the general word- ‘any other process’. The court notably said that, here the specific words include those that pinpointing the change which lasts longer. That is why, the general word must be of the same nature.

2.1  Meaning of Noscitur a Sociis

In other words, when the legislature has used a word in the statute which bears many meaning and therefore, cause ambiguity in understanding the same then it has to be understood in the context of the associated words i.e. know the words from the association.

2.2 When Does Noscitur a Sociis Not Apply?

Noscitur a sociis cannot be applied in case where it is clear that the wider words have been deliberately used by the legislature in order to make the scope of the defined word correspondingly wider. Where the object of the Legislature in using the wider words is clear and free from ambiguity, the rule of construction cannot be applied because this canon is used to find out the true intention of legislature, so by applying this rule we cannot limit the scope of words which are deliberately used to widen the scope.

3.     How Does The Rule Of Noscitur a Sociis Is Different From The Rule Of Ejusdem Generis?

The maxim “noscitur a sociis” means that, a word is determined by the words that surround it, i.e., within the context. This principle is applied either to enlarge or restrict the meaning of a word within the confines of a document. There is nothing called as specific or general word in applying the principle of noscitur a sociis. Here, the more general word is interpreted with respect to the less general word. When a word is ambiguous, the judge looks at the rest of the document to determine its correct meaning. On the other hand, “ejusdem generis” is a latin maxim which means that where there is a list of words i.e. specific words in a statute followed by some general words, the general words are limited to the same sort of items as are mentioned in the specific things set out in the list. The doctrine of “ejusdem generis” is a facet of the doctrine of noscitur a sociis. Here, the general words are interpreted with respect to the specific words.[viii]

Ejusdem generis and noscitur a sociis are the canons used by the judiciary to remove the ambiguity in the language of the provisions of a statute and thus, aids in coming up with the best possible interpretation of the provisions. The main thing upon which the courts are more focused is to fulfilling the intent of the legislature that it had while enacting such law. It is important for applying the rule of ejusdem generis that there is a set of specific words constituting a genus and that is followed by some general word. Similarly, for applying the rule of noscitur a sociis, there must be some more and less general words, where the more general derive its sense from their associated words. These doctrines play a vital role in clarifying the concepts and make the laws unambiguous in nature.

[viii] What are the difference between Ejusdem Generis and Noscitur a Sociis, https://www.pathlegal.in/-What-are-the-difference-between-Ejusdem-generis-and-Noscitu-blog-1227147#:~:text=Both%20terms%20are%20related%20to,contractual%20documents%20of%20the%20law.&text=Ejusdem%20generis%20is%20used%20for,interpreting%20questionable%20words%20in%20statutes., visited on 26 March 2022.