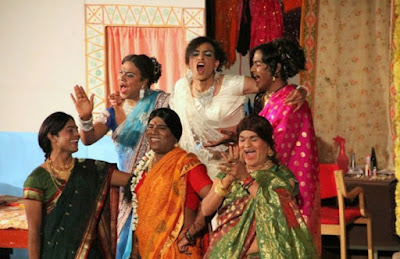 A baby is assigned their sex based on biology. But sometimes a person’s gender identity might not match with their biological sense. Transgender people claim that their assigned sex does not match with who they are. Thus the term ‘third gender’ or ‘transgender’ is about someone whose gender identity may not come under the stereotypical gender norms. The constitution of India mandates any form of discrimination as an infringement on a person’s right to equality. Irrespective of the constitutional protection against discrimination the third gender continues to be shunned from society for the social stigma surrounding them. For a long time, people belonging to the transgender community were denied the right to education, the right to claim an identity, the right to employment, and so on.

In the matter of employment, the transgender had to face major discrimination. By denying them the right to education they were consequently denied the right to livelihood. The Ministry of Social Justice and Empowerment conducted a study that showed that among the transgender community 70% of them have had at least one experience where due to their gender identity they were denied employment while 89% claimed to have been mistreated at their workplace.

United Nations has previously taken their stand for advocating about the promotion and protection of rights of the sexual minorities which includes transgender persons. The Universal Declaration of Human Rights, 1948 and International

Covenant on Civil and Political Rights, 1966 (ICCPR) declares that every human being has the right to live and the law must protect their right and shall not deny anyone of that right. Earlier Indian state policy recognized only two sex, male and female which deprived the third gender of several of their rights including the fundamental rights under Article 14, 15, 16, and 21.

Article 14 of the Indian constitution deals with the Right to Equality and falls under the term ‘person’ which includes the third gender along with male and female. Therefore transgenders are also entitled to legal protection.

Article 15 deals with the prohibition of discrimination on any grounds including the third gender under its ambit. They, therefore, have the right against discrimination and the right to protect their gender expression.

Article 16 deals with equal opportunity in matters of employment. As a citizen of India people belonging to the transgender community have a right to employment and should be given equal opportunities in respect of public employment. There must be no discrimination against them based on their sexual orientation.

INITIATIVE TO SOCIALLY INCLUDE THE THIRD GENDER

Transgender Persons (Protection of Rights) Rules 2020 puts a stop to the discrimination faced by transgender people in regards to employment, education, and their ability to rent or own a property. They are provided with a right to a self-preserved identity. To officially be recognized as transgender they are required to submit proof of gender confirmation surgery to the government. People belonging to the transgender community are often a victim to police brutalities and public violence but the bill makes the abuse of transgender people a punishable offense.

The Ministry of Social Justice and Empowerment launched the National Portal for Transgender Persons. The portal is meant to help transgenders in obtaining a certificate and identity card easily by allowing them to apply for it digitally from anywhere in the country without having to interact with the officials. The portal will also help maintain transparency by allowing them to track the status of their application, grievance redressal, rejection, etc.

Despite the government’s initiatives to socially include the third gender, they continue to face many issues that are required to be addressed. Basic civil rights like marriage, adoption and social security benefits are yet to be provided to the people of the transgender community. Public education and jobs continue to lack a quota for transgender people. They continue to be victims of stigma and having face exclusion from education and employment which causes many of them to turn to sex work. As a result, it increases their chances of coming into contact with HIV. HIV cases are 26 times higher among transgender people as compared to the national rate. Even having access to health care is difficult for them without facing discrimination. The punishment for crimes committed against transgender people is far lesser than what the punishment would have been if the crime had been committed against a cisgender which sends out the idea that trans lives are of lesser value and dispensable. The life choices for transgender are narrowed down considerably due to society’s non-acceptance towards them.

Authored by Alika Priya, student at KIIT School of Law