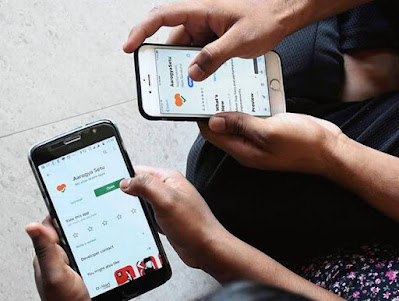 The global pandemic has managed to flip the life of every person. Our day-to-day activities and how we carry them out have changed. People are changing their life to survive the ongoing pandemic. However, this change has to prove to be a threat to our privacy. The pandemic has resulted in the government keeping greater surveillance on its citizens through the use of modern digital technologies.

TECHNOLOGICAL ISSUES FACED DURING THE PANDEMIC

To protect their citizens, the governments have had to take on several measures which included the lockdown of the state. Millions of people have transformed their homes into space for work. Tools like Zoom are being used to attend classes and work meetings from the first few weeks of the pandemic. This has led to a new phenomenon called Zoom-bombing where video conferences on the platform Zoom are being disturbed by the unwanted intrusion. The US FBI had reported that that by May 2020 they had received reports on 195 incidents across the country where Zoom meeting had been Zoom-bombed with child sexual abuse material being displayed between the meeting[1]. While the UK had reported 120 such cases[2]. Singapore had temporarily banned the use of Zoom for similar reasons[3].

The past has been a witness to when similar measures of surveillance were employed to tackle threat but had continued even after the eradication of the original threat. In 1897 India saw the start of the bubonic plague. The plague was caused due to the bite of infected fleas[4]. The plague had originated in Yunan, China, and had traveled to India through rodent-infested trade ships from where it rapidly spread to the port cities. To control the rapidly deteriorating situation the British drafted the Epidemic Diseases Act of 1897 according to which the state officials had the power to drag the people out of their house and to the hospital-based on little to no suspicion[5]. The state has once more invoked the Epidemic Diseases Act of 1897 to combat the COVID-19 virus[6]. The brutality inflicted by the Indian police has been legitimatized under the disguise of battling the coronavirus. The measures formulated to fight the bubonic plague managed to outlive the crisis.

Another such case in our history is the attack on November 26, 2008, in response to which the government decided to set up National Intelligence Grid (NATGRID) and the Crime and Criminal Tracking Network & System (CCTNS) which are surveillance and intelligence sharing systems. NATGRID aimed at allowing law enforcement agencies to have access to data stored with banks, insurance companies, Income Tax department, Indian Railways, etc[7]. CCTNS aims to connect all police stations across the country to a common online platform where all the FIRs will be uploaded it would serve as a national database of crime and criminals[8]. These projects have rapidly developed into a mass surveillance system with no regard for the privacy of the citizens of India. As seen in history the government of India has once again increased its surveillance on its citizens as a response to coronavirus which gives a rise to safety and privacy concerns of the citizens.

SURVEILLANCE DURING THE PANDEMIC

Digital technologies are being used to spread health messages and alerts regarding the updates on the present situation however the same technology is being used to keep track of the movement of the people of the country. Many countries have launched apps that keep a trace of the movement of the people in hopes to contain the spread of the COVID-19 virus. This surveillance of the people is an infringement on their data protection rights and privacy. A similar contact-tracing app has been launched by the Indian government. The app is called Aarogya-Setu and since its launch, the app has been a subject of controversy. After 13 days of its launch, the app managed to become the world’s fastest app to reach 50 million downloads[9].

The app records the user’s personal information including their biometric information which is then stored in a centralized government database. The most controversial aspect of the app is that keeps track of the infected individual’s movement and shares this information with others along with the government. The GPS data is also connected to the personal information of the individual held with the government in their database. It is mandatory for the people traveling via air, public, and private-sector workers, and those who live in the contaminated zone to download the app while others are advised to do the same[10]. The government has also refused to take accountability for any data breach or accuracy of the information being provided by the app.

The response of India towards the global pandemic is the employment of a widespread surveillance system with questionable regulations backing them up. The response has exposed the state’s lack of concern for the privacy of its citizens.

CCTV cameras equipped with facial recognition features have been installed along with drones in many states as a response to the coronavirus[11]. This means that the citizens are at the risk of being recorded without their knowledge or consent. The lack of knowledge about who is recording and observing the people using these CCTVs and drones along with where the recordings are being stored is serving as a major threat to the privacy of the people.

In K.S. Puttaswamy v. Union of India[12]the supreme court had declared that everyone should be guaranteed the right to privacy as a fundamental right. However, there are certain restrictions on the right making sure that the right to privacy is not absolute. The restrictions are required to be tested against the requirements of legality, necessity, and the doctrine of proportionality as held by the court in Puttaswamy. The government is required to show that the restriction imposed has been sanctioned by the legislation, the restriction has been imposed in the pursuit of a legitimate aim of the state, a rational relationship between the restriction and purpose exists and the chosen measure is the least restrictive among the ones available to achieve their objective.

In the present case, the technological measures imposed by the government have not been sanctioned by the legislation and it does not seem to be the least restrictive measure available at the government’s disposal. A pandemic cannot be the reason for the government to go against the constitution. The present data protection laws in India are nowhere near as mature as those of the rest of the world. It is important that midst these sensitive times the government steps up and takes responsibility to protect the privacy of its citizens.

Authored by Alika Priya, student at KIIT School of Law

[7]PRS Legislative, NATGRID: Should Parliament have a role? (Jun 20,2011), https://www.prsindia.org/theprsblog/natgrid-should-parliament-have-role