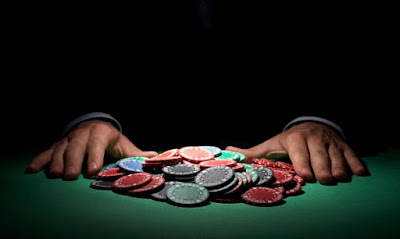 According to Sir William Anson’s definition, Wagering agreement is “a promise to give money or money’s worth upon thedetermination or ascertainment of an uncertain event“.

A wagering agreement is one in which two or more necessary parties have entered into a contract in which the first party promises to pay a certain sum of money to the second party if a specific event occurs in the future, and the second party agrees to pay the first party if that event does not occur. The presence of two parties who are of sound mind to gain profit or loss is the main essential of a wagering arrangement. In simple words, a wager is a bet or a gamble.

The subject matter of bet may be anything. Generally, it is a game of chance wherein there is either gain or loss but the result wholly depends on an uncertain event. Money is paid by one person to another on the occurrence of an uncertain event in a Wager.

One of the most important aspects of a wagering contract is that both parties should have an equal chance of winning or losing based on the outcome of the future event.

The parties are unaware of the occurrence of an event. They take a chance on the unpredictability of the situation, because their goal is to exchange money. These are futuristic occurrences that may or may not occur, and they should be beyond the power of either party since if either party has influence over it, it will not amount to anything.The wager agreement is fully dependent upon the happening of the futuristic event whether it is contrasted with the past, present or future as to the result of that event.

3.There is no outside interest.

Both parties should have a common interest in the profit or loss as a result of the occurrence, and there should be no outside or personal interest in the unknown futuristic occurrence, as this would not be considered a wager. The transaction must “entirely rely on the risk under consideration,” and neither party may look to anything other than the payment of money based on the outcome of the risk. This is what separates an insurance contract from a bet. In certain ways, every insurance contract is a gambling on the outcome of a future unknown event, and it would be a wager if the insurer did not have an insurable stake in the occurrence for which insurance money is due.

4. No real consideration except for the monetary stake

There being no other actual consideration for either party to make such a contract, neither of the contractual parties has any other interest in that contract than the sum or stake he will gain or lose.
A wagering contract requires that each party win or lose, with the winner or loser being determined by the event’s issue, which remains unknown until that issue is resolved. It is not a wagering contract if one of the parties can win but not lose, or if one of the parties can lose but not win.

I. Moneyline betting – Betting on the money line is fairly simple because it is only done on sporting events and games, and it is entirely based on the match’s outcome. This sort of betting is prohibited, and it has primarily been observed in cricket, particularly in the Indian Premier League.

II. Spread betting This form of wager/betting occurs when the individual placing the bet believes that the most favoured team in the match will win by a specific margin, or that the underdog side will win or lose by a thin margin.

III. Over betting This sort of betting occurs in a game when the better person, wagers on the total number of points earned or total number of goals scored by both teams using a combination of numbers, and which is a completely unpredictable event over which no one has control.

This sort of betting occurs when the better person wagers that the total number of goals and points scored by both teams will be less than or equal to a specified amount. This form of betting is likewise linked to the game’s final conclusion.

Since, it is unrelated to the game’s eventual outcome, this sort of betting is particularly distinctive and innovative in nature. In this situation, the better bets on the first half of the game or whether or not a super over will be used in a cricket match, for example, as a result, it is also known as prop betting.

Status of Wagering agreements under Section 30 of the Indian Contract Act, 1872-

This clause makes wagering agreements void and forbids actions for the recovery of any money or property gained on a wager or entrusted to a person to abide by the outcome of any game or event on which a wager is made. The goal of declaring such agreements void and hence unenforceable is to remind the courts that they have more important things to do than rule on such matters. Law likes to deal with wagers such as social engagements or family difficulties, which are also resolved outside of the courtroom.

Gambling is by definition a game of chance with no skill, whereas trading is a game of skill with no chance. Some gaming contracts and lotteries have laws that allow wagering if specific circumstances are met. While holding State lotteries for the purpose of raising public funds has been approved and legalised, state-organized lotteries will remain in the sphere of gambling and will not be granted the status of a trade. Prize competitions in which victory is not contingent on a significant degree of talent have also been deemed to be gambling.

Exceptions to the wager agreement

There are also specific exceptions in wagering agreements, according to Section 30 of the Indian Contract Act, which reads as follows:

“This section shall not be deemed to render unlawful a subscription or contribution, made or entered into for or towards any plate, prize or sum of money, of the value or amount of five hundred rupees or more, to be awarded to the winner of any horse race. Nothing in this section shall be deemed to legalize any transaction connected with horse- racing, to which the provisions of section 294A of the Indian Penal Code shall apply”.

1. Showcase of talent is not a wager

It is not a wager to use your skills or skill in front of people in a competition (such as sports competitions, puzzles, etc.), but if there is a winning prize based on sheer chance, it is a wager. Prize competitions are not considered wagers in the eyes of the law, but if the sum is not reasonable, it is considered gambling and will be prosecuted.

The transactions on the stock exchange are not considered wagers because the shares are purchased and sold, and the mere delivery of shares from one person to another is not considered a gamble.

The state government may occasionally legalise some horse racing competitions if local laws allow it and if people donate RS 500 or more to the prize money to be paid to the horse race winner, then it will not be considered a wager.

Since insurance contracts are indemnity agreements, they can’t be considered as a wager. These agreements are made to defend and preserve one party’s interests from harm, hence they are not bets.Also, because insurance contracts have the purpose of safeguarding people, and money is not the only consideration or stake.

Agreements for the sale and purchase of any commodity that will be utilised on a commercial basis in which there is a genuine purpose to conduct legitimate business, are valid, and if they intend to do so, they must pay the difference.

6. Mere speculation is not wager

The market’s rise or decline is the subject of the speculation. Speculative trades in gold, silver, stocks, and other commodities are fairly popular. Contracts like these are legitimate.

The term Wager is not defined under Section 30 of the Indian Contract Act, and it does not even describe wager agreements; it just states that such agreements are void under section 294A of the Indian Penal Code. Since the law’s inception, Indian legislators have never made any changes to this section to define such terms, and the section remains quiet on numerous subjects that need to be stated specifically. So, all we have to do now is wait for lawmakers to alter the following clause to remove the uncertainty that has plagued the judiciary in deciding numerous instances in the past. As a result, it appears that making the necessary adjustments to the act is of critical importance.