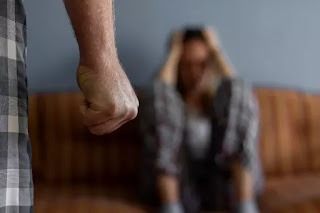 Since the lockdown, the number of complaints of crimes against women doubled in the first week, later on the numbers decreased but it is still more than the usual complaints received before the lockdown according to NCW (National Commission of Women) chairperson, Rekha Sharma.[1]Crimes against women are at 10-year high record in this lockdown period. Domestic violence has specially increased in the Northern states and NCW is on its toes and receiving the complaints 24/7.

Crisis such as the current COVID-19 pandemic has increased the risk of women and girls to experience gender-based violence (GBV), as it is difficult to escape from this dangerous situation due to movement restrictions.

The disease outbreak has led to increased risk of GBV, prevalently domestic violence, when people are confined indoors sometimes with a large family. Domestic violence is one of the most common forms of gender-based violence (and prevalent during the lockdown) that might be inflicted by members of family or household and by intimate partner who might be former or current romantic or sexual partners the former situation is called family violence and the latter is called intimate partner violence.

Description: The causes given above have been directly caused as a result of Lockdown and are the apparent causes of kind of violence prevailing. These causes have resulted into increased GBV especially in home isolation due to restrictions on movement outside. (Effects and happening of these causes are explained in a later part.)

Description: These co related causes are the reasons of increased GBV, which are not apparent causes and can only be discovered if the question of – Why such violence arises? is answered. These factors are interdependent and causation of each relies and results on causation of another. Eg:, Due to male dominance in households, there is lack of economic power in hands of women, and vice versa.

Summing up all the reasons and co related factors–

Despite the fact that much of the world is still fighting the global pandemic, there have already been troubling reports of rising rates of domestic violence against women, particularly during lockdowns. External stress and a lack of external ways to vent or release anger, when combined with pervasive chauvinism and misogyny, makes women far more vulnerable than they were before. It may also represent a shift in violence from the streets to the home, as violent men’s movements – and thus their victims’ – have become more limited.

When people are confined indoors sometimes with a large family privacy is limited and stress may increase these violent crimes. Women at risk may find it difficult to escape from a dangerous situation due to movement restrictions. Also, women are less likely than men to have power in decision-making for example when and where to seek health services this may put their general needs and health at risk.

A Study [2]shows that unemployment among men led to abusive behaviour during the great recession of 2000s. Some people may be unable to work or even lose their jobs and failure to provide for the family may lead to tension and conflict resulting in acts of violence. People cope differently with tensions and conflict in the household some may adopt unhealthy behaviours such as alcohol or drug consumption this may increase acts of violence in the home.

It leads to physical violence, sexual violence and emotionally abusive harassing or controlling behaviors which is a bit of a mouthful but includes things like constantly belittling their partner and limiting their access to the community, so things like controlling the car, the phone, internet and things like that. Coercive controlling behaviour involves the micro regulation of women’s lives and involves a pattern of behaviour over a period of time which involves things like interfering with their friendships with family member, stalking them harassing them online and things of that kind of nature.

Abusers can exert control over a victim’s entire life by isolating them from friends, relatives, and any outside touch. Social isolation has the potential to normalise bullying and make it easier for offenders to use gaslighting tactics. Isolation that is severe and persistent can lead victims to rely exclusively on their abusers to describe meaning, feeding a cycle of violence.

There are several stressors[3]associated with the COVID-19 pandemic. In certain ways, disease outbreaks can cause stress that is more subtle than that caused by other disasters. Pandemics, in particular, spark the unknown. We know whether or not we’ve been directly affected by most disasters, such as hurricanes or earthquakes. Despite the fact that these incidents can be very traumatic, there is at least a time limit during which we can begin to evaluate the damage and ultimately move forward. However, in the case of infectious pandemics, we are also left in a constant state of fear and anxiety, resulting in an excess of the stress hormone cortisol. Stress hormone levels have long been linked to a rise in aggression.

Also, when there is a lot of tension between the spouses, the husband can try to assert himself by imposing himself on the woman.  In order to outdo his spouse, he’ll use the most powerful tool in his arsenal to humiliate and degrade her. By doing so, he is demonstrating his dominance over her and jeopardising her privacy. He is mocking the woman’s most precious values by doing so, and this is yet another way in which such abuses are committed.

Sometimes a little slack in the duties of the authorities leads to the person actually liable, roam around freely. Rich and powerful convicts don’t even have to spend time in the jails they just get bail or stay out in probation and our law fails to provide justice to the victim. Corruption is the main element here in such cases.

Since most cultures were influenced by religious dogma imposed by male rulers, male-dominated behaviours and institutions have become the norm. Religious leaders skewed religious scriptures by choosing texts that portray women as fundamentally inferior or subservient to men, resulting in this doctrine. Violence in culture has been normalised alongside patriarchal structures.The presence of brutality in the family exemplifies how many social constructs are based around the presumption of abuse. From intimate partner abuse to honour killings, violence against women and girls is all too common. Moreover, women playing a silent victim here also further intimidates men to abuse them.

This blog is authored by Vanisha Mishra, student of Institute of Law NirmaUniversity, Ahmedabad.