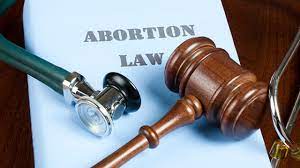 Abortion  has always been a topic of  intense moral, ethical, political and legal debates making abortion  not a medical problem but adding the taste of the family, the state, motherhood and women’s sexuality to it thereby creating issues on it.

The 1971 Medical Termination of Pregnancy (MTP) Act empowered the women to get abortion care to all.

The newly Medical Termination of Pregnancy Act 2021[1]makes more safe and legalized services on therapeutic, humanitarian, eugenic and social grounds. The new law, which recently was amended came into force from 25 March 2021, shall make a contribution towards ending preventable maternal mortality to help meet the Sustainable Development Goals (SDGs).

Features of the Act

·         The Act regulates the conditions under which a pregnancy may be aborted, it also increases the time period within which an abortion can be legally conducted.

The complicated relationship between abortion and the practice of selective abortion of female fetuses has been a dilemma that the women’s movement has been grappling from the past times. Such situations come into effect wherein women themselves decide to have sex-selective abortions, sometimes under family pressure or due to complex understanding of ethics therefore neglecting their health conditions affecting their body. Every year many Indian women take the risk of abortion under pressure from their husbands’ families, and it is usually not an informed choice that they willingly make. The PCPNDT[2]came into effect in 1994 after a successful campaign in the face of rising instances of sex-selective abortions. The campaign included several sections of the society making several demands one of them was campaigning for the legislation restricting the test of the biological sex of the fetus.

Both the MTP and PCPNDT Acts, have the imprudent women’s right to control their bodies, they should be restricted by law from choosing specifically to abort female fetuses. Even though the feminist position on sex-selective abortions in India has witnessed significant shifts In the last four decades[3] feminist position on sex selective abortions in India have seen remarkable shifts. Be it liberalising the abortions through the MTP Act or the penalisation of sex-selective abortions through the PCPNDT Act, a woman’s bodily autonomy still primarily lies with the state rather than with her.

On one hand, the confidentiality clause in the MTP Act mandates medical practitioners to protect the person’s identity, and on the other, the POCSO Act and the Code of Criminal Procedure (CrPC) require mandatory reporting of sexual offences against children.[4] Some of the changes like the extension of gestational limits, the inclusion of unmarried women can be laudable but the amendment still leaves the women with various restrictions and conditions, which in many cases become an impediment in access to safe abortion. While a women suffers injury, pain at every point she again has to restrict herself in the boundaries of the law and she is still dependent on the law to get various permissions that are only given in some cases. In Justice K.S.Puttaswamy (Retd.) vs. the Union Of India And Others[5], Justice Chandrachud stated that, ‘reproductive choice is a personal liberty guaranteed under Article 21 of the Indian constitution, which, despite laying a robust jurisprudence on reproductive rights and the privacy of a woman, does not translate into a fundamental shift in power from the doctor to the woman seeking an abortion’. Therefore, we may say that abortion still lies with the state led conditions and not with the rights of the state.

The process of abortion includes the life of such a person  who’s consent is not even taken, who has not even seen his/her parents, has not even kept a foot on this beautiful world. Such activities should completely be restricted in the society. There are certain circumstances where an abortion becomes need of the hour. For that situation the laws govern the people. The newly amended abortion laws are beneficial to some extent as they have a bit of the modern approach but still certain conditions regarding abortion lies with the state and the women doesn’t have their rights.

[2] Abortion As A Feminist Issue (outlookindia.com)