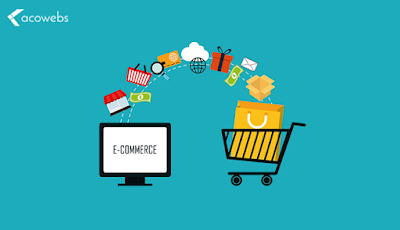 To make the framework under which businesses operate stricter, the government has proposed amendments to the Consumer Protection Act’s e-commerce requirements.While some of the new provisions are similar to what the Centre sought from social media companies in the IT intermediary rules announced earlier this year, several proposals in the e-commerce rules are aimed at increasing online retailers’ liability for goods and services purchased on their platforms.

To begin with, the Consumer Affairs Ministry’s draught guidelines aim to prohibit e-commerce companies from conducting “special flash deals.” While traditional e-commerce flash sales are not prohibited, particular flash sales or back-to-back offers which limit customer choice, raise costs, and impede a fair playing field are not permitted, according to the draught regulations.

The regulations also establish the idea of “fall-back liability,” which states that e-commerce companies would be held responsible if a seller on their platform fails to provide products or services due to negligent behavior, resulting in a consumer loss.When difficulties develop with items purchased on their marketplaces, e-commerce platforms frequently send customers to the appropriate vendors to resolve any issues. Consumers will be able to contact the platform directly with fall-back liability.

The regulations also seek to prohibit e-commerce businesses from “manipulating search results or search indexes,” in response to a long-standing demand from sellers and dealers for equal treatment across platforms.

E-commerce businesses would also be prohibited from disclosing personal information about customers to anybody without their clear and affirmative agreement.Companies would be required to offer indigenous alternatives to imported items, bolstering the government’s drive for made-in-India products.

The proposed amendment also calls for e-commerce companies to be required to join the National Consumer Helpline.

Any online store must first register with the Department of Industrial and Internal Trade Promotion (DPIIT).

The proposed regulations would make it illegal for a marketplace e-commerce entity’s logistics service provider to treat sellers in the same category differently.

Any entity having 10 per cent or more common ultimate beneficial ownership will be considered an “associated enterprise” of an e-commerce platform.[1]

The new restrictions are likely to have a broad influence in an e-commerce sector is expected to grow to US$ 200 billion by 2026 from US$ 38.5 billion as of 2017.with companies ranging from Tata’s Big Basket to Reliance Industries’ JioMart and Softbank-backed Snapdeal to market giants Amazon and Flipkart.[2]

The regulations are the latest in a developing spat between American digital behemoths and New Delhi over a slew of policy concerns that some regard as protectionist.

The rules are the latest in a long-running spat between American tech giants and New Delhi over a range of policy issues that some see as protectionist.

If the regulations are enforced, non-compliance could result in jail time and fines of at least 25,000 Indian rupees under India’s consumer legislation.

The regulations might be a greater blow for Flipkart and Amazon, since they include stipulations requiring e-commerce companies to guarantee that none of their associated businesses are featured as vendors on their shopping platforms, and that no affiliate company should sell products to an online seller using its platform.

The ideas are expected to be met with opposition from Amazon and Flipkart. Some in the sector saw the regulations as a government alternative to a more rigorous version of the country’s foreign investment law, which limits the kind of commercial relationships Flipkart and Amazon may have with vendors, according to the individuals.

The Department for Promotion of Industry and Internal Trade (DPIIT) will soon release a widely accepted draught e-commerce policy, while a revised draught would establish principles for the use of data for industrial development in areas where such norms do not yet exist, as well as safeguards to prevent data misuse and access by unauthorized parties.