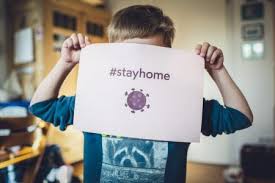 Right to Education is a part of the constitution now under Article 21a. Under the Right to education, private schools are required to reserve 25% of the seats to be reimbursed by the state. According to the public-private partnership plan. In today’s era, education is such a crucial thing that affects our economy directly as well as indirectly because after all, it’s we who take the economy of the country up. And if we do not succeed in delivering education to as many people as possible. So we must finally see unemployment which will create an impact on the economy. For this reason, India remained a developing nation.

For a developing country like India, online learning isn’t possible because of a clear lack of infrastructure and technology. Since the coronavirus crisis hit India earlier this year, students across the country are struggling to hold on with their studies. Private institutes and state governments are favoring online classes to proceed with this year’s academia. However, economically poor students are unable to hitch the classes conducted through any online platform. However, some of the elite institutions of the country such as IITs and IIMs want to conduct online classes and exams. Their decision has triggered an immediate backlash from large sections of their students, including the teachers’ association.

In the middle of March 2020 the Honourable PM of the nation by understanding the need of the hour imposed Section144 of CrPC across the country which resulted in the shutting down of schools, colleges, temples, and the other crowded area, for an undetermined period.

However, the department of education is experiencing going through a crucial time in respect of examination entrance test competitive exams and many other career-related opportunities in respect of students. This will create a long term impact on the continuity of learning for more than 285 Million young minds in India. Only a handful of private institutions adopt the method of online teaching, as well as the students who are under the poverty line, cannot prevail the opportunity of learning through online as they are not techno-friendly or the parent who are earning minimum wages they cannot afford the smartphones or the device with an internet.

And certain low income private and government institutions have made complete and properly stopped the learning of the students for not accessing the internet.

India has a total of 5,97,608 villages. Out of which 90% have the facility of mobile services and about 9.31% villagers do not have the connectivity. The villagers in the state of like Orrisa, Jharkhand, MP, and Chattisgarh are suffering the most in terms of internet connectivity. And if we compare these cities with cities like Mumbai and Hyderabad. They are not developed so don’t have the privileged of good internet services.

So, how can be acknowledged that each and every student individually would get the perks of E-learning? One of the prominent drawbacks of E-Learning in that only the privileged students will get the advantages of it, India being an underdeveloped nation doesn’t provide the proper facilities of the internet in the rural areas and also some of the least developed states. Hence only the learned students of the urban areas will get the facility of E-learning.

Therefore in Kerala, the classes are being broadcasted free on the air television channel. Therefore this does not ensure that the students are monitored but as per the Broadcast India Survey was at 66% and the number of people who are accessing to television was 835 million.

What about the children who are under the poverty line?

An economically poor student who is not able to come from any medium on the online platform like other children. Now like IIT and IIM which is a government institution. If they want to spread online education for the students who are under the poverty line. How will they be able to take those advantages because they do not have any medium? But if we talked about the urban areas E-learning it plays a very vital role in urban cities, students are taking the advantages of E-learning in their homes very efficiently. So where we are lacking in the urban areas .
1. Students have to travel a lot with no facility of transport
2. Teachers are offered a minimum amount of salary so, they don’t give attention much to each & every students.
3. Most of the schools in urban areas do not have proper infrastructure so the students will not able to take the advantages of computer lab, smart classes etc
4. Lack of electricity.
5. There is a lack of safety also like schools didn’t have the proper facility of drinking water, toilets, and the classes are too short to maintain social distancing norms.
Hence, With schools closed due to physical distancing norms, education has gone online. In fact, are they able to take advantage of the education they should get under the RTE Act and the benefits they should get?

According to UNESCO data, quite 143 million grade school children and quite 133 million lyceum children in India are suffering from school closures thanks to the pandemic. Almost 60% of youngsters in India between Class 1 to eight received their education from government schools in 2016, statistics published by the Unified District data system for Education show. Moreover, Students from rural areas are experiencing a lot of problems because many people in this pandemic don’t have jobs, so at this time they can’t buy big things like laptops, Smartphones etc. to continue their online classes. .

This prohibitive expectation is additionally contrary to the obligations under the RTE Act, which guarantees free and compulsory education . Under Section 3 of the RTE Act, “free education” implies that no children – aside from a toddler who has been admitted to a faculty that’s not supported by the govt – shall be susceptible to pay any quite fees or charges or expenses which will prevent them from pursuing and completing education .The term “compulsory education” casts an obligation on the acceptable Central or government , under Section 8 of the RTE Act, to supply and ensure compulsory admission, attendance and completion of education by every child of the age of six to 14.

Education has turned out to be concern amid coronavirus crisis in the country. In India there are 285 million young mind in India which create a long term impact on the continuity of learning. Only a few universities and schools adopt the method of online teaching. Students who are under the poverty line cannot prevail the opportunity of learning through online as they are not techno friendly or the parent who are earning minimum wages they cannot afford the smart phones or the device with a internet. And in online teaching, such good exposure is not available as much as it’s available in physical classes.
Image Source
Author: Gagan Sharma