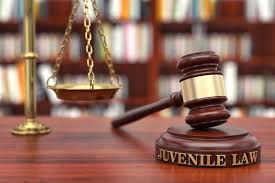 Further in the Juvenile Justice Act 2015, a child in conflict with law term is used. However in this act in section 2 subsections 35, the word juvenile is also defined which says that juvenile means a child below the age of 18 years. Now when we consider the definition of child and juvenile then both of these words can be used interchangeably. Today in juvenile justice system we use the word child in conflict with law instead of juvenile delinquent as there is negative connotation attached when we use the word juvenile delinquent because juvenile justice act is social welfare legislation, its philosophy and its principles says that children should be treated like children.

But in December 2012, an unfortunate horrific Delhi gang-rape case happened that shook the entire country and greatly impacted public perception. People started to feel that the juvenile justice act is very lenient and it should be stringent. As a result, specifically, a provision was added to the 2015 Juvenile Justice Act, under which if a child between the age of 16 to 18 years commits any heinous or serious crime then after the preliminary assessment of his maturity if the juvenile justice board finds it appropriate that his/her trial should be done like an adult then their case can be transferred to children’s coat and then the children’s coat will decide whether the child should be trialed under juvenile justice act or under the provisions of CrPc, and if their trial will be done under crpc like an adult then he/she will be given punishment under IPC, but here also keep in mind that two types of punishments cannot be given to any child in conflict with the law, the first death penalty, and second life imprisonment without the possibility of release.

Juvenile justice act is a remedial and a corrective law, therefore, the interpretation of its provision is for the best interest and for the benefit of child in conflict with law. As juvenile justice board ensure child’s right and protect it throughout the process of inquiry, after case and rehabilitation and also ensures the proper availability of legal aid to them. Juvenile justice board conduct at least one inspection visit every month of CCI’s meant for children in conflict with the law and also conduct regular inspection of jail. Juvenile justice board passes order for readmission of child in school and also provides deploy service of student volunteers or NGO’s for Para legal tasks.
Image Source
Author: Pratyaksha, IMS law college Noida