Also called the “copyright battle of the century”, Oracle v. Google has gone on for 10 years. Now that Google has approached the Supreme Court of the US for a decision, the battle will potentially end in June 2021. In 2010, Oracle sued Google for using 37 of its Java APIs, consisting of about 11,000 lines of code, in its Android platform without a license. 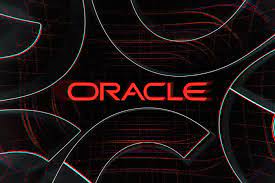 While Google claims the declaring code to be non-copyrightable under several legal doctrines, Oracle claims the contrary. Oral arguments finally happened in October 2020, and the final verdict is awaited. This article delves into the legal aspects that govern software copyrightability, the stands taken by both the parties in oral arguments and the implications of the Supreme Court’s decision in the technology industry.

The decade-long software copyright battle between tech giants Google and Oracle is finally nearing its end. Oral arguments concluded in October 2020, and included sundry metaphors, paralleling Oracle’s 2010 coding language with hit songs, cooking instructions, a football team, and even a restaurant menu. Since these aspects are fairly technical, let us first look at what the dispute in question is.

Google’s Android is an operating system for smartphones. While building it, Google wanted it to be compatible with Java, which is an Oracle-owned programming language. Java developers use Application Programming Interfaces (“APIs”) to execute certain functions. An API can be thought of as an intermediary, whose function is similar to that of a waiter in a restaurant when you order a dish and they take your order, communicate it to the chef (who acts as a part of the system), and then bring the dish to you. To make Android compatible with Java, Google reverse-engineered Java APIs, which led to it using about 11,000 lines from Oracle’s Java APIs. Oracle, obviously, sued.

Since then, there have been contrasting decisions by two lower courts. Currently, at the Supreme Court of the USA (“the Court”), the main questions are: (i) whether software interfaces can be copyright protected, and (ii) if yes, whether Google’s use of Oracle’s software in creating a new program amounts to fair use. While the Court is yet to decide on the matter, this article peeks into some of the aspects of the aforementioned questions, and the arguments put forth by the parties.

It’s necessary to analyze the basics that govern the copyrightability of software under the American Copyright Act (“the Act”). Three doctrines affect the same.

Under S. 102(b) of the Act, copyright protection does not extend to ideas, processes, systems, concepts, methods of operation, principles, or discoveries. In Baker v. Selden, the Court held that a book’s copyright only covers the author’s specific description of an accounting system, and not the system itself. This applies to software too.

It is a corollary of the previous doctrine and says that when there are only a few ways to express an idea, the expression of the idea “merges” with the idea itself. This renders both of them ineligible to be copyrighted. The main purpose of this doctrine is to prevent monopolizing general ideas or functions by using copyright.

It permits the use of copyrighted works to some extent, such as using portions of it for a review or a parody. Four factors decide if a particular use of a copyrighted work amounts to fair use, namely, (i) purpose and character of the use; (ii) nature of original work; (iii) amount and substantiality of the copied part; and (iv) commercial harm from the use of original work in a potential market.

Coming to the legal and technical niceties of the dispute, since, under S. 101 of the Act, computer programs are explicitly stated to be under the umbrella of copyrightable works of authorship, the Court refrained from delving into the broad question. Instead, the question was narrowed down to whether a subset of a computer code may be so functional that it cannot be protected by the Act.

According to Google, a declaring code, i.e., the code that merely states what the program will do, is different from an implementing code, i.e., the code that performs the task declared by the former. Google argued that since the declaring code is purely functional and not expressive, it cannot be copyrighted. Google relied on Baker to emphasize the same. Oracle rebutted, stating that they seek to protect the specific layout of their programs, which are fully realized expressions, and not merely ideas. Moreover, Google’s reliance on Baker is problematic, since Google not only copied the idea of the declaring code, but also the verbatim contents of approximately 11,500 lines of the code.

Relying on the merger doctrine, Google argued that even if the declaring code was not a method of operation, it should be excluded from protection because it can only be expressed in one, or very few, ways, hence “merging” the idea with its expression. Here again, the argument stands on thin ice. Oracle’s declaring code is not the only way to express the function of the software. Instead, it is just a code so sophisticatedly written that it has become popular and common amongst software developers. The merger doctrine would fail, because at the time that the code was written, there were various options available to the programmer. Moreover, there are other software giants like Apple and Microsoft, who made different operating systems, without using Oracle’s Java. After all, you’re not allowed to copy a book’s storyline just because it is the only way to express the story. Further, it’s peculiar how Google claims that the merger doctrine would apply to implementing code but not to the declaring code. It’s like claiming that the lyrics to a song are copyrightable but the background music isn’t.

Regarding the fair use doctrine, Google claims that its use of Oracle’s Java APIs in Android, as opposed to Oracle’s use of the same in desktop, amounts to transformative work. This is again a wobbly stand since the use of the program in both platforms is the same. Both parties agreed that the fair use aspect is dealt with by a jury. Although asserting that the standard of review is de novo, i.e., started afresh, Oracle maintained that it’s irrelevant as to what standard is used, since no jury will find Google’s use of the code to be fair.

Implications of the Decision

The Court’s ruling, be it in favor of either of the parties, can have colossal consequences in the tech industry. Engineers, web developers, programmers, and every other stakeholder of the industry will be affected by this decision, and rightfully so. If the Court finds in Oracle’s favor, all of these stakeholders will be forced to abandon time-hallowed practices in the industry, including utilizing declaring code without a license. If this is the case, the process of coding will manifestly become less efficient and will hinder innovation, in turn, hurting consumers.

On the other hand, if the Court favors Google, it’ll open up many legal loopholes regarding the copyrightability of smaller parts of a software. If it accepts the merger doctrine, it will bring up avenues for competitors to copy such functional elements of the software. If the ruling is based on the fair use doctrine, it will influence the very essence of the doctrine, and will potentially affect the scope of the permissibility of the use of copyrighted works.

In the end, any of the effects listed above will automatically be tried and tested in a miscellany of cases, not just computer programs. After all, all tech laws find their basis in copyright laws. Whatever the decision may be, we can all agree that when we remove the lens of legal and technical jargon, this case is just another reminder that law can never be rigid and needs to evolve with time. It is now a massive responsibility of the Court to use their intellect and their amici curiae to come to a decision, that will metamorphose the intellectual property as well as technology domains for the entire globe.
Image Source
Author: Eisha Singh, ILS Law College, Pune.

4 thoughts on ““Programming” the Copyright Law: How Google v. Oracle Will Change the Way We Look at Software Copyrightability”