According to various conceptions and contemplations, the new Cryptocurrency and Regulation of Official Digital Currency Bill, 2021 which is proposed in the parliament, would ban the supply of private digital currencies throughout the country. If this happens and the government strictly stops any future exchange of cryptocurrency then around 7 million investors would be affected and 1 billion Indian rupees would have to be reimbursed to them as stated by the CEO of the largest and most trusted exchange in India “Wazir X”[1]. 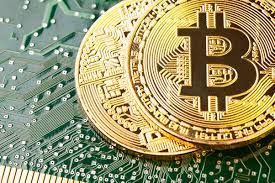 The ban by the Reserve Bank of India which prohibited any entity or body to provide banking service to anyone dealing with cryptocurrency was lifted on 4th March 2020 by a three-judge bench of the Supreme court of India in the case of Internet and mobile association of India v. Reserve Bank of India[2]. This resulted in an increase in the number of people from India investing in cryptocurrency who wanted to shift themselves to digital currency and invest early to benefit from these highly volatile currencies in the future. The volatility of these currencies can be seen with the example of Bitcoins. If a person had bought 1000 INR worth bitcoins in 2010, he would be having 5 crore rupees today. This shows the rise in demand and popularity of this currency throughout the world.

Cryptocurrencies are digital currencies that are not controlled by any central authority, like RBI in the case of India, and can be used to buy goods and services. They are based on a technology called blockchain which makes them free from any external hacking or cyber-attacks therefore can be one of the most trusted systems throughout the world. Today there are more than 6700 different cryptocurrencies whose total value as of 18th Feb 2021 exceeds 1.6 trillion dollars. Some of the most popular cryptocurrencies in the market are Bitcoin, Ethereum, Litecoin, ripple, etc.

The first-ever transaction with any cryptocurrency was recorded when an anonymous person Satoshi Nakamoto created Bitcoin and released it for the public in 2009. Although the first traces of digital currency can be credited to Nick Szabo who made bit gold between 1998-2005, however, never implemented it. After the popularity of the first in-use cryptocurrency i.e., Bitcoin increased the rest of the digital currencies another term i.e. “altcoin” began to be used to describe other alternative currencies.

Although the future of these cryptocurrencies or commonly called tokens is uncertain, billions of people are investing in them. Together with its all-pros and cons, cryptocurrency is opening a window to an alternative future.

It is impossible to talk about cryptocurrency without its main pillar i.e. “Blockchain”. It is a type of electronic database which helps to decentralize the system and does not let one authority control the currency. This technology is the main reason various countries are thinking before making cryptocurrencies legal or illegal. Because of this, there will be no regulations in the crypto market which could sometimes even give rise to terrorist funding without the knowledge of any government of the democracies.

Consequences of the ban of cryptocurrency

After the introduction of the Cryptocurrency and Regulation of Official Digital Currency Bill, 2021, India is the closest in its history to ban all the private digital currencies in India. The bill talked about the introduction of digital currency which would be monitored by RBI and the rest of the currencies including much popular Bitcoin would be not allowed to be traded in India. Although this bill was not passed but has been put into consideration by constituting a high-level Inter-Ministerial Committee (IMC) under the chairmanship of the secretary of (economic affairs).

The trading of cryptocurrency was allowed in India in the past but in 2018 RBI disallowed itself from dealing with firms and companies dealing with virtual currencies because of their highly volatile nature and not backed up by any asset. However, this ban was removed by the supreme court of India but since then parliament is discussing the future of cryptocurrency and their odds are in favour of banning it.

This would be a bad decision seeing the rate of acceptance of them throughout the world. Recently American rock band ‘Kings of Leon’ also release the first-ever digitized art in the form of Non-Fungible token (NFT)[3]. This shows the world is quickly adopting new technology. Banning at such a time when India is still struggling to come out as a superpower in the world and shift its status as a developing country to as a developed country, it can be a huge hindrance and could also lead to a loss in competition from various other countries. Countries in these modern times are shifting themselves towards the digital world and issuing their cryptocurrencies. Countries like Ecuador, China, Singapore, Venezuela Tunisia, and Senegal have already launched their blockchain-based digital currency and one of the major powers of the world i.e. China is also showing efforts to shift digital by launching their digital yuan by worth 40 million yuan[4].

Although the logic behind banning cryptocurrency would not be wrong seeing the various disadvantages like high volatility, resultant security threat, lack of uniformity in law controlling it, and anonymity in transactions, it will be detrimental for the growth of the country. The setback would be most for the current investors of the country which are nearly 6 million in number and has already invested a considerable part of their overall savings in it. If the ban occurs without consulting them then it could lead to huge uproars amongst the masses and would lead to further loss of trust in our government.

Talking about modern times but not the current pandemic is not possible. During this pandemic and lockdown implemented since march 2020, when the majority of the businesses were suffering loss and some of them even got closed, the crypto firms experienced a very successful phase when the demand for these currencies increased manifolds. To see an example the value of Bitcoin which was around 5 lacks during the start of the pandemic is around 38 lacks presently and is continuously increasing. A ban would snatch away the profits, young entrepreneurs or even college students are experiencing because of this new technology.

Summing up all the repercussions of the ban, it would be better for the government as well as the country to consider more options for solving the shortcomings come up with a win-win solution for everyone.

With the changing times, it’s important that one should also embrace changes and become a better version of oneself. Similarly goes with India, the government should consider the perks of digital currency and modernize itself rather than being in the comfort zone and letting itself overtaken by other countries.

Since the bill is still not disclosed to the public in general, there is a lot of ambiguity towards it and some people also say it could be a positive step by the government to legalize cryptocurrency just like Australia or the U.S., Seeing the various policies of our respected Prime Minister Mr. Narendra Modi, it could be possible that this bill actually does the same and just like he is welcoming Tesla in India he would also welcome the future of trading and economy “Cryptocurrency”.