AN OVERVIEW OF THE EVENTS THAT UNFOLDED

On account of what happened on the evening of 26th of January and the intensification of the farmer protests, a number of Twitter accounts became inaccessible in India, making it necessary for the general public to ponder as to why that happened. The accounts or handles that were blocked among many included those of the Caravan magazine, the Kisan Ekta morcha, and the actor Sushant Singh. 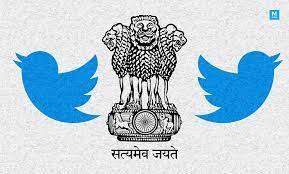 At first, it was ambiguous as to why Twitter blocked these seemingly genuine accounts or handles that only chronicled these protests, with the sole intention of letting the farmers’ side be heard by the people of the country. It was unclear whether twitter did that because these handles didn’t adhere to its guidelines and terms of service or because they followed the government’s order to do so. After this move, the next thing that happened was a clear outrage from journalists, the media, fundamentalists, and liberals from all across the world, and they contended that shutting down social media handles amounted to a violation of the right to free speech and expression and expressing one’s opinions freely and democratically, after which the government was forced to clarify that it invoked section 69A of the information and technology act, and also ordered Twitter to block access to these accounts.

Section 69A of the Information and Technology act(IT act) grants the government of India the power to issue directions to intermediaries for blocking access or temporarily not granting access to any information that it considers prejudicial to, among other things, the sovereignty and integrity of India, national security and public order. Section 69A(3) envisages a jail sentence of up to seven years for intermediaries who fail to comply with the aforementioned rules.

Now the reason that apparently appeared was the usage of similar hashtags such as #modiplanningfarmergenocide which was deemed as a threat to public order, now the point in question that hereby arises is, authentic sources that provide true facts to the public such as the caravan magazine were never found to be using this or similarly any other such hashtags, then why was they denied access?

Twitter has on several accounts, made it apparent that it believes in freedom of speech internationally and that its users are considerably free to express their views and opinions through the medium of Twitter as their platform to do so. Considering the company’s ideology and the outburst followed by the blocking of access, it decided to restore the access of the handles whose access was temporarily blocked. This prompted a sharp reaction from the government of India that in turn prompted a non-compliance notice and potentially threatened to prosecute twitter’s officials specifically those that were ambassadors to India, for violating section 69A and not abiding by the rules. Days later a meeting between Twitter officials and the government settled to resolve the issue temporarily by entering into an uneasy truce.

On the 10th of February, Twitter through its own platform published a blog post that I believe indirectly and subtly was headed towards discussing the state of affairs of the laws that continuously are on a trend to be used to curb freedom of speech and expression, therefore, contending that the current government’s own actions in directing twitter to withhold access to the accounts of journalists, activists, and politicians, violates Indian law thereby violating the provisions that guarantee freedom of speech and expression.

There are a number of problems with section 69A of the IT act, and as to how it’s legally structured.
The first is that it makes it a convenient, easy, and almost costless option for the government to slap censorship on ideas and information freely being published and accessed.

The second is that instead of having to go to the court and prove the violation of the law prima facie, the government has an alternate and a better option to simply direct the intermediaries to either block content or temporarily make it inaccessible to the general public, thereby placing the burden of going to the court and filing a case, upon the end-users. Basically, instead of the government giving an alibi or proof of any wrongful conduct by the users, the users now hold the burden to prove themselves in the court of law.

The third as it stands to reason is that, the easier it is to censor speech through laws that conveniently allow the government to do so, the more likely it is that the government- or any government for that matter, will in most possibilities resort to that option. Furthermore, the confidentiality requirement implies that the user will not and cannot even know, based on what actions was the government prompted to take action, thereby being in absolutely no position to challenge the order passed against him/her, legally.

This rings a bell back to the landmark judgment passed in the case of Maneka Gandhi vs Union of India. The court broadened the scope of article 21, which is the right to life and personal liberty, by ordering the Airport Authority of India(AAI) to remove the confidentiality clause and specify reasons as to why it confiscated the plaintiff’s passport. This judgment thereby bought transparency into the process, by making the authorities answerable for their actions. Similar judgments should be adopted for the users whose right to free speech is snatched away from them by the government, and yes the word being used here refers to snatching away because the confidentiality provision makes it inaccessible to know the legitimate reasons behind these actions taken by the govt.

Looking at the circumstances that prevail today, it becomes of substantial importance for the judiciary to step in and create accountability while also doing so in a manner that is responsive to the executive. Unfortunately, while the judgment of the famous Shreya Singhal case was being passed along with striking down section 66A of the IT Act, the scope of section 69A and the blocking rules were also in question before the Supreme Court, but it missed the opportunity to guide the law in a free speech direction as it had with section 66A. Without engaging in any brief analysis of the point in question the supreme court largely endorsed the legal regime, as it stood.
Image Source
Author: Nidhi kale, SVKM’S NMIMS, School of Law, Bangalore.