Corporate social responsibility in wider terms means the responsibility of the companies to compensate society, what they have taken from them.[1]According to it, a company should also look after social and environmental consequences besides the financial incentive. CSR helps in providing stability between all the three imperatives i.e. economic, environmental, and social.[2] CSR has been long practiced in our country with companies like TATA and Wipro doing philanthropic work to protect the environment and providing support to economically weaker sections. But after the implementation of the Companies act 2013, it became mandatory for some companies who exceeded the maximum threshold to contribute towards these social works. 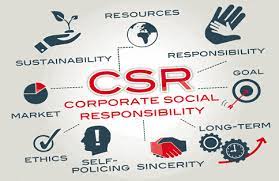 As per Section 135 of Companies (CSR) Rules 2014 and Schedule VII of Companies Act 2013, every company having a net worth of Rs 500 crores or more, or turnover of Rs 1,000 crore or more, or net profit of Rs 5 crore or more during the immediately preceding financial year, must have a CSR committee and spend at least 2% of the average net profits earned during three immediate preceding financial years to CSR activities.[3]There was an extensive debate in the parliament regarding deciding between following the comply-or-explain rule or the mandatory rule, to be used for the companies, and after the first proposal for the mandatory rule in June 2011, the bill became effective on 1 April 2014 making India the first country in the world to make CSR mandatory.[4]

Although a noble decision by the Indian government for the society, it can result in hardships to the companies, mostly in these tough COVID times where the business has fallen manifolds and the profits have come all-time low. In this case, mandated CSR can be a very big liability on the heads of the corporations and could also affect their overall working. The main question out of this discussion is “mandatory” Corporate Social Responsibility actually a problem for the companies?

Impact of mandatory CSR on a company

Seeing from the socioeconomic view, Corporations are not independent entities responsible only to stockholders but they also have a moral responsibility to the larger society to become involved in social, legal, and political issues

Some of the supporters of CSR like Anupam Singh and Dr. Priyanka Verma were happy with the decision of the government and in their research paper gave the opinion that mandatory CSR would help to bridge the gap between rich and poor in the society, which is not possible by the efforts of the government alone. [5]

From the results of the experiment measuring the correlation between CSR and Sales of a company, Maria Tresita Paul V used Pearson’s Correlation Test to arrive at the result that there was a positive relation between CSR and sales. [6]The reason behind this could be the improvement in the goodwill of the company which in turn increases market position and sales of the products of that company. This gives no reason for the company to not be responsible for society.

Seeing the current situation in India it is important for the companies and corporations to look after society and help the government in further elevation of pollution or poverty. Further, more researches conducted have shown a positive relationship between awareness of CSR and purchase intentions of the consumer.[7]Research by Sankar Sen showed that people who are aware of the company’s CSR, form an opinion that the company is responsible and therefore its products would be reliable.[8] The same result was indicated by the research of Yeosun Yoon which was conducted in another country i.e. China.[9]
It was revealed by a study that, people believed that companies are doing CSR only for-profit motive and having good publicity.[10]Mandating CSR will also help to solve this problem by lowering in the minds of people the voluntary work to a compulsory obligation as shown in the study conducted after the mandatory rule for CSR was passed. This study was conducted by Manchiraju and Rajgopal (2017) for finding the reaction of the market to CSR and the value of firms. They found that the value of firms subject to the CSR obligation fell by 4.1%, this could be the result of lowering of the value of the firm in the minds of people who now know that there is no voluntary philanthropic work and just a mere obligation on the part of the companies.
With the various researches on the impact of CSR on consumer behavior and the company’s overall performance, it was clear that the majority of consumers were aware of CSR, mainly due to a lot of media and news which hyped it up and in turn helped the companies in long run by increasing their goodwill and helping them to win the support of consumers. It also could provide a competitive advantage to the company in the present competitive world by increasing its intangible asset i.e. goodwill.

Relevance of CSR in today’s time

Talking from a classical point of view, a company’s main objective is to earn profit and it does not have any duty towards society. But to adapt to changing social conditions, the consumers and other stakeholders of the company expect the company to be socially responsive and extend its duty from mere legal and economic obligations to the pursuit of long-term goals that are good for society.
Undertaking CSR will not only help to satisfy the society about the morality of the company but also help to grow the company in long term with the support and trust of various stakeholders including consumers.

COVID-19 has put a huge burden on the government of India with more than 30,000 people still being affected as of 23rd march 2021. If CSR is not taken at this time, then it will be very damaging for the companies from whom people expect to give back to the society who help them in their existence.
From the above points, it can be deduced that CSR forms a symbiotic relationship between the company and its stakeholders i.e. consumers. This shows the relevance of corporate social responsibility in today’s world.

Although many companies which do not want to contribute to society have the opinion that CSR is just a liability that they have to pay off every year, seeing from a different lens, it’s a blessing in disguise for them as they are getting long-term profits as a result of it.

Therefore, it can be concluded from the discussion that CSR, however mandatory by the government, cannot be termed as a liability on the heads of the corporations and should be considered as a long-term asset that will doubtlessly give returns in foreseeable future.