On 11th March 2021, two government regulators – Capital and domestic market regulator and watchdog SEBI, and the counterpart for Fintech hub GIFT City of Gujarat, the International Financial Services Centres Authority (IFSCA) are on the board in order to facilitate the launching of Special Purpose Acquisition Companies (SPACs) in India. 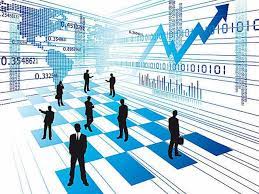 Wall Street’s hottest trends have come down to India penetrating into the systems of the country. Former unicorn, WeWork decided to go out in public when in 2019 its IPO faced implosion dramatically as the co-founder’s management came under shrewd scrutiny. The start-up is considering using a Special Purpose Acquisition Company to go public. Other companies like Virgin Galactic, DraftKings, Opendoor, and Nikola Motor Co., did go public by merging themselves with SPACs. According to Renaissance Capital[1], roughly 200 SPACs went public in the year 2020, which raised the funding of about $ 64 Billion. This amount is equal to all of 2019’s IPOs combined. Cushman & Wakefield is the latest real estate firm jumping on the blank check bandwagon by launching a $250 M SPAC. 2021, Bill Gates-backed start-up Butterfly Network (Ultrasound (Value: $1.5 Billion)) and 23andMe (DNA Testing), is on a deal worth $4 Billion to go public.

It is essentially a shell company that is set up or established by the investors with the sole purpose of raising money/fund through an IPO to eventually acquire another company. As the sole purpose is raising funds, they have no business or assets, except raising funds. The proceeds are used to merge with or acquire over a private operating company.

When SPAC raises money, the people or investors buying into the IPO are not aware of what the ensuing acquisition company would be. SPACs are also known as “Blank Cheque companies” for the same reason.

SPACs are done by selling either shares and warrants, which are investment securities that aid the investors to purchase more shares at a later point of time at a fixed rate. These raised funds would be stored in trust until one of the following conditions get complied:
1. SPAC management team reaches a company of interest. This company would be taken open in public through a procedure of acquisition along with the capital raised in the IPO.
2. They merge with a company

The deadline for complying with one of the conditions is two years.
In case of non-compliance on the part of the SPAC, it will be liquidated, with the money/funds getting returned to the investors. Investors who do not approve are given the option to redeem their SPAC shares.
The SPAC typically raises additional funds [e.g., through the PIPE (private investment in public equity) route] in advance of acquisition to address the risk of reduction in available funds caused by investor exits/redemption.

IFSCA has proposed an apposite framework for raising capital and listing SPAC on the recognized stock exchanges in International Financial Services Centres. The areas targeted are Environment, Social and Governance (ESG), fintech, corporate restructuring, etc. This would help in providing an ecosystem for capital raising and listing by Fintech and other start-up companies.

Offer size of not less than $50 Million or any other amount as may be specified by the authority from time to time. The sponsor shall hold at least 20% of the post-issue paid-up capital. The minimum application size in an initial public offer of SPAC shall be $250,000. The minimum subscription of at least 75% of the offered size. The corporate affairs ministry is pushing norms on the direct listing of the companies on foreign stock markets. Companies like ReNew Power have already announced their plans to use SPAC to raise funds.

There is a doubt on whether retail investors could be allowed for investing in these structures of SPAC as it has high risks attached to it. Risks have to be safeguarded with a decision on the phase of their entry point in the thread. As this is the trend almost all start-ups can not achieve overnight success s, which could have the potential to bring in many investors for the IPO. As it is not a well-known entity, the same would not be successful.

The Companies Act, 2013 states that a company is required to commence business within one year of business. This is contradictory to the SPACs as it would not have a business for approximately of nearly 2 years. The regulatory concern of the stage at which retail participation should be allowed is present. To allow the listing of SPAC, which would be an initial non-operating company, the SEBI regulations also need amendment. Controlling post amalgamation change is concerned. An amendment might be a need to takeover regulations.

SPACs offer the advantage of investing along with sponsors in SPAC like private equity-type transactions to the public shareholders. It allows rapid deployment of capital to take advantage of opportunities. It also helps to beat the market instability or volatility in the conventional IPO markets which are for target companies that are acquired by SPACs.

In the US, there is a faster timeline to listing with no requirement for a lengthy book building process or intensive marketing. In the times of volatile markets ( with reference to Covid times ) higher certainty prevails in the availability of funds. It provides flexibility in deal pricing, deferred exits, earn-outs, and other deal-specific mechanisms in the business combination agreement.
The technology and ESG companies get access to an offshore exchange and sophisticated investors that understand the sectors which are relevant, in and out.

Challenges related to SPACs are that they have distinct trading cycles which are different from IPO. With SPACs, there are uncertainty risks attached which have to be dealt with like divergent interests of sponsors, investors, and the target company. In India, a merger through the scheme of arrangements is time-consuming. The same issue is faced with liquidation, and this is the reason it loses attractiveness over IPO.

The laws of India have been changed to offer cross border mergers, challenges, regulations, and taxation which restrict the parties to merge an Indian company with SPAC efficiently. The cross merger regulations have some compliances to be viewed in respect to outbound mergers. The compliance factors are as follows:

1. The need for National Company Law Tribunal approval. The assessment of the merger by all the applicable regulators. The NCLT approval for a merger of an operating company with an offshore shell firm could be untimely or delayed for several reasons, newness and lack of jurisprudence around.
2. The market value of the offshore shares acquired by Indian should be complying with limitations given by Indian exchange control rules, which is the low cap of $250,000/12 months).
3. The Indian merging company after the process, its offices will be the branches of the foreign company. There are limitations of activities permitted for the branch offices in India.

Again, the above issues would arise which is it would become a subsidiary of the overseas SPAC. Any such activity would require compliance with India’s Corporate laws, FDI regulations, and overseas direct investment under the Foreign Exchange Management Act, 1999 with Liberalised Remittance Scheme Regulations. The restructuring would also require the approval of RBI and the concerned ministry.
Under the Indian Taxation laws, such outbound merger and swap of shares are taxable, with no specific relief or exemption available because of which next-generation businesses would suffer.

The recommended one is similar to the framework for Real Estate Investment Trusts and Infrastructure Investment Trusts. At the time when unitholders exit, selling listed REIT or InvIT units, tax is levied and is deferred on the earlier swap of operating entity’s share with REIT or InvIT unit’s transaction. India could use a similar regime with a single-window regulatory tax framework for de-SPACing transactions.

With Wall Street, even the Dalal Street can board the ride for SPACs by considering a regime for India. Indian economy wishes to touch the $5 trillion mark, with startups playing a key role. SPACs are major opportunity offers to pull up its entrepreneurial sleeves by opening the floodgates for capital.
The SPACs have the potential to give new wings to the start up ecosystem.