In the backdrop of the recent development in assisted reproductive techniques (ART), surrogacy is yet another alternative for the couple who cannot reproduce due to infertility. Surrogacy is a method whereby one woman bears and gives birth to a child and hands over the child to the couple after birth 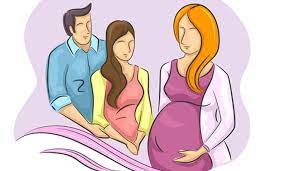 The Bill proposes to put a complete ban on commercial surrogacy while encouraging and restricting itself to altruistic surrogacy only. Cross-borders surrogacy did not find its place in the bill, making the practice of surrogacy available only for legally wed couples living in India, widows, or divorcees. It establishes regulatory bodies which will be responsible for the protection of the rights of the stakeholders. The Bill lays down not only the procedure and the rules to be followed by the interested parties but also talks about the eligibility criteria of the intending parties.

Although, the Bill is a welcoming step there are several grey areas that need to be refined further. Some of them include:

Commercial surrogacy was a means of livelihood to many poor and illiterate women who would rent out their wombs and earn a handful of income. Banning such surrogacy would render many lives at stake. In 2005-2006, the Indian Council for Medical Research (ICMR) anticipated that profits from the surrogacy industry would reach USD 6 billion in the coming years from about 7,000-8,000 surrogacy clinics in India.5 The main objective of the Bill is to hinder the commercial racket wherein these women are persuaded to be surrogate mothers who are then exploited due to unethical practices which include non-payment, no provision for insurance, or post-pregnancy medical and psychiatric support.6 But the Bill should not make society more economically vulnerable. Thus, the Bill should support both commercial and altruistic surrogacy with proper regulations imposed. Social and economic development, both should prevail in the domain of surrogacy. 7

Moreover, the Bill encompasses certain monetary benefits to the surrogate mothers namely the insurance coverage, medical expenses, and other prescribed expenses. There lies a contradiction in the fact that including the term ‘prescribed expenses’, the bill is not exhaustive and has left the option for providing compensation.

Before the changes were made in the Surrogacy Bill 2019, the definition of infertility meant “the inability to conceive after five years of unprotected coitus or other proven medical condition preventing a couple from conception”8 The Select Committee was of the view that five years was an unreasonably long time for the intending couple to choose surrogacy especially in cases where it is proven that surrogacy is the only option for having one’s own child. Thereafter, amendments were made and the Bill of 2020 read infertility as a “medical indication”. This term brought about much dissent as it held upon a stigmatic resemblance. It not only includes infertility but other medical aspects as well which would in one way or the other label the parties. Thus, the term remains unclarified and erred in the positive shift of the legislative definition.

3. ELIGIBILITY OF THE PARTIES

The Bill is said to widen the scope of eligibility of the intending couple by including ‘intending women’ who are either divorced or is a widow. However, the Bill excludes unmarried men or women, homosexuals, and people living in ‘live-in’ relationships. This calls for blatant discrimination prevalent on the face of it. Where on one hand we talk about strengthening the rights of the LGBTQ community, on the other hand, we indulge in autocratic methods thereby discriminating against the community without any rational excuse. This clearly shows that the bill excludes a substantial chunk of the population from availing a practice due to vague reasons, thereby indirectly forcing them to resort to illegal methods.9

The ambit of a surrogate mother is no more restricted to ‘close relative’, it further includes any ‘willing women’ aged 25-35 years. The Select Committee viewed this practice as not only pragmatic but also no connection could be found with the objective of the Bill to curb exploitation. Thus, by widening the scope of getting surrogate mothers outside the realm of close relatives would encourage the intending couple to opt especially when in dire need.

While considering the positive amendment brought about to the Bill, insurance coverage for 6 months is provided to the surrogate mothers, thereby, protecting their rights and preventing them from being exploited by the party at power. This insurance would cover all the medical expenses including any emergency complication expenses.

The Bill also talks about the legitimacy of the child. It clearly specifies that the child born out of surrogacy procedure will be deemed to be the biological child of the intending couple.

There is no doubt that the Surrogacy Bill 2020 is a unique blend of social, moral, ethical, legal, and scientific issues and that it provides for effective methods to protect the rights of all the interested parties but, the legislation lacks clarity and unambiguity. The Bill proposes to put a blanket ban on commercial surrogacy and restricts it to altruistic surrogacy only. The facts remain that altruistic surrogacy institutes forced labor.10 A surrogate mother is expected to undergo physical and mental turmoil and put her life on hold just to bear a baby out of compassion. In such situations, surrogate mothers choose not to bear a child for the intending couple. In my opinion, the law should set a middle ground that encourages commercial surrogacy while also sticking to ethical or altruistic surrogacy.

The Bill should include a more conclusive definition of the term infertility which is not stigmatic in its essence. Rather than brandishing a person with a medical indication and scarring the person for life, the definition should be wholesome and acceptable to society.

Inclusion of parties like the LGBTQ community or unmarried people, to the eligibility criteria for enjoying the blessing of a child, should be undertaken. The Bill should be unbiased and non-discriminatory. Confining the legislation merely to the couple and the intending divorced or widowed women will not serve the objective of the Bill.

The Bill is a step forward to a more civilized and a developed nation that strives to create a balance in the inherent interests and rights of the interested parties. It cannot be argued that the existence of legislation such as this is a boon to the country but, it can surely be amended further to achieve finesse and cover every grey area. The Surrogacy (Regulation) Bill 2020 is one such step that would succumb to the potential exploitation of surrogate mothers and protect the rights of the child and the mother.