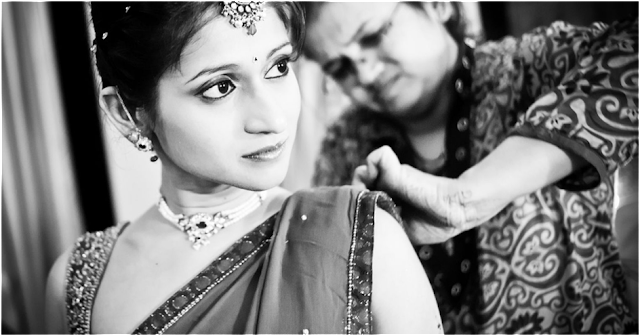 “Miya-biwi raazi toh kya karega kaazi”[1]has quite literally been witnessed as an escalating sentiment amongst individuals, particularly women, against the contentious Prohibition Of Child Marriage (Amendment) Bill, 2021cleared by the union cabinet. The billamends the Child Marriage Act,2006 and proposes to increase women’s legal minimum age of marriage from 18 to 21, parallel to the law for men.Section 3 of the principal act has been amended by increasing the period of filing petition to nullify the marriage from 2 years to 5 years of attaining majority. Despite all the sugar-coating of “gender equality” and “women’s progress”[2], the de facto rationale behind the idea is deciphered to be considerably more than what it states. The impugned bill is an assault of women’s rights, in every dimension, and further greases the wheels of the current government’s agenda of curbing the freedom of individuals to make autonomous decisions for themselves.

Wiping off the crumbs of bodily autonomy

Much of the impetus behind the low acceptability rate of this idea is the abysmal attempt to curb the bodily autonomy practiced in the country, rather, offered to the citizens. In the parallel universe, women grip the strings of their decisions and perform their act based on self-constructed script. In the Indian setting, the intensity of this grip fluctuates between zero to somewhere in the negative. Having been denied spatial mobility, proper protection against multidimensional violence, and the right to self-identity, this bill is further limiting women’s right to choose when to get married[3]. Marriage and women are shorthand for social, political, psychological and cultural codification. Marriage as an institution is a tool that promotes patriarchy, sometimes paternalism, wherein women are “passed on” from their father (or male guardian) to the husband. Forceful marriage has been a trend in India since female bodies serve as hosts to people’s parasite of shaming and are moulded for imposition of social sanctions. Women who choose to divert from the politicised idea of marriage often resort to leaving their homes to live with their partner. This bill will act as an impediment to women exercising their right to make informed choices about their body and sexuality since they’ll have to wait for 3 more years. This addition of three years is enough for the family to coerce women into getting married to get rid of the liability that they possess.

Ogburn’s cultural lag[4]due to this increase will have its effects on the socially and economically backward classes. Communities such as the SCs/STs turn to early marriages for their women to sustain themselves. With several stigmas already existing about having a girl child, the added burden of 3 years can directly lead to them not having one. The direct implications of the amendment will be increased female infanticide and foeticide. The sex ratio, as claimed to be improved[5], will backtrack to a painfully disproportionate level, sweeping away decades of improvement seen in this domain. This is yet another attack on the underprivileged by using the intersectionality of social and economic backwardness to govern their choices.

Given the intellectual growth of the masses, the consent age is a reflection of the marriage age that is followed in a society. Although India, through the Indian Majority Act, 1875recognises 18 as the age of majority and so is the age of consent, the liberty to exercise these choices is contingent on the marriage age. Daughter’s carrying the ‘honour’ of their family and them identifying as the same doesn’t tolerate the scope of consenting for their own body even after attaining majority and surpassing consent age. Smt. Smriti Irani in her speech in the Lok Sabha categorised the existing law as a “disrespect to women” despite manifestation of the code of conduct established for women in the society, by the society.

Indeed, a ton of laws and norms are “devoiding women of equality”[6]but this amendment is not an optimum headway to tackle the reality. The minimum age of marriage is universally accepted to be 18 years. The lawmakers had the privilege to reduce the minimum age of marriage for men from 21 to 18 instead of increasing for ‘The Second Sex’[7]. The incoherence in the justification while using “equality” as a tool to police the sexual lives of youngsters is evident of the ulterior motives that have been established by this move. Moreover, it seems as though the concept of minimum age of marriage has been confused with the ideal age of marriage thereby pushing the decision further away from reasonableness.

Hypocrisy in the healthcare sector

According to the bill, women’s health was also a driving force that contributed in the making of this amendment. Imperatives such as lowering maternal mortality rate, infant mortality rate, miscarriages and stillbirths were mentioned in the statement of objects. In partial contrast to the actual substance, most maternal deaths are due to severe bleeding, infections, hypersensitive disorders, unsafe abortion, anaemia, heart diseases and other fatal health complications that arise. The causes of maternal mortality are direct outcomes of inadequate healthcare that the mothers have access to, stemming from the failure of public health policies. Women in remote areas cannot exercise the choice of regular health check-ups, proper medications and professional medical consultation due to incompetency of healthcare resources. The existing healthcare capacity is insufficient to cater to the needs of the ones on the periphery and when coupled with restrained financial conditions gives a clear sight of accessibility to the most basic necessities. Standard causes for high infant mortality rate are improper nourishment and poor sanitation practises in midwifery. Over the years, less attention has been paid to allocations made to the union health and family welfare ministry in annual budgets. The visible hypocrisy in the legislature’s actions concerning mother’s health, privatisation of the health sector and their scanty steps to achieve Goal 3 of the SDG[8] indicate the intention of the bill.

Yet another ground that fuelled the amendment was the lopsided position of women with regard to higher education. Claimants have held up the validity of the amendment for it being in favour of women and womanhood as it will “bring down the incidence of teenage pregnancies” and eliminate discrimination against them. However, mere increment in the marriage cannot and will not serve the purpose; such issues are a direct outcome of unawareness, illiteracy and lack of sex and sexual health education. The literacy rate among females in India is 65.46% as compared to 82.14% among males. Although the literacy rate must be viewed as a whole for the country (74.04%), the bifurcation furtherprovides a lens through which the roots of the issues can be seen.

The disparity in practice and what’s expected to be implemented with the pre-existing bill[9]should have been tackled with a nuanced approach. The Prohibition Of Child Marriage Act, 2006 criminalised child marriage by punishing any male adult who marries a child with rigorous imprisonment which may extend to two years or with fine which may extend to one lakh rupees or with both. Despite penalisation, the ground reality remains in the ruins. A preferred way for improvement would have been better implementation of laws and stringent application of measures and means to challenge the social and economic rationale behind the ill-practice. Development in the literacy rate would prove to be beneficial in getting an upper hand at improving female fitness.

“Let justice be done even though the world burn,” In the Mahabharata,[10]Krishna advises Arjuna to move forward, overlooking the consequences, resulting in the annihilation of the Kauravas, the enemy. Here, justice was done, although the outcome was rather unjust which is analogous to the injurious consequences this bill is going to have besides the “promise of equality”.

This blog is authored by Aniya Damathia, student at National Law University, Delhi

[1] Urdu phrase literally meaning that if the parties subject to an event agree upon the terms, then any third party’s opinion Does Not Count

[2]Statement Of Objects And Reasons, The Prohibition Of Child Marriage (Amendment) Bill, 2021

[3] Love jihad/anti-conversion bills across the country

[4]Cultural lag refers to the phenomenon that occurs when changes in material culture occur before or at a faster rate than the changes in non-material culture. In other words, cultural lag is when technological change, or something similar like tools, develops faster than society can process those changes. Let’s look at an example to better understand cultural lag.

[5]Statement Of Objects And Reasons, The Prohibition Of Child Marriage (Amendment) Bill, 2021

[10]The Mahabharata is an ancient Indian epic where the main story revolves around two branches of a family – the Pandavas and Kauravas – who, in the Kurukshetra War, battle for the throne of Hastinapura.