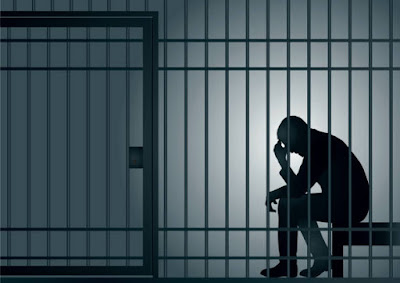 Over the years there has been a gradual increase in the number of people kept undertrial. Data presented by Prison Statistics India, 2019 compared to the data presented by Prison Statistics, 2015 shows an increase in the percentage of people under trial.  It shows that in 2019 69.63% of the total population of inmates were under trial (330487 out of 474612 prisoners)[1]while in 2015 67.31% were undertrail (278281 out of 413003) which is an increase of 2.26%[2]. Although the report does not provide us with the number of people wrongfully acquitted or convicted it still manages to paint a picture of the shameful condition.

Gopal Shete was aquitted of rape after he completed his sentence of seven years. He seeked for compensation from the state for his wrongfull conviction but with snail paced movement of his petition he then wrote to the government seeking permission for euthanasia. Gope Shete life was ruined to the point where he seeked to end it because hw was wrongfully convicted for raping a girl. He lost his job which made him 50,000 per month, his wife got remarried and his daughters were living in a orphanage[3].

Cases like these present us with the question of whether the government can compensate people like Gopal Shete the years that they lost as punishment for a crime they had not committed. The government’s failure in providing justice and the unjust convictions calls for us to analyse certain issues. There is dire need for India to focuse on the wrongfully convicted and compensate them for the loss caused to them due to the incompetency of the government.

International Covenant on Civil and Political Rights (ICCPR) requires for its signatories to ensure that the wrongfully convicted is rightfully compensated[4]. However India refuses to compensate the wrongfully imprisoned by claiming that the right to compensation is not recognized by Indian legal system. The supreme court has recognised compensation as a lawful remedy for a number of cases where a fundamental right of the victim had been violated. For instance when Nambi Narayanan, a rocket scientist at ISRO was arrested in Kerala in the year1994 on the accusation of being a spy and transferring India’s rocket technology to Pakistan but later in 1998 Supreme Court had dismissed the Kerala government’s appeal  and ordered them to pay compensation.[5] It was in 2018 that he was compensated with Rs 50 lakhs. It took 24 years for the government to finally compensate Narayanan for his wrongful detention.

Loss of years is not the only price that the victims of wrongful detention have to pay. They also have to face with the social stigma and are shunned by the society even after they are released.  Mohammad Aamir Khan was 18 when he was kidnapped by the police only to be falsely accused of being a terrorist and wwas detained in a jail for 14 years of his life. Aamir lost his father during the course of his imprisonment and was not made aware of it till he was released. While his mother suffered brain haemorrhage which caused her to loose her voice and become paralytic. His family had been boycotted by their relatives and friends for their relation to Aamir.[6] As a reparation for the wrong done to the victims providing compensation is only the least that the state can do.

The Law Commission of India published a report in August 2018 titled Wrongful Prosecution (Miscarriage of Justice): Legal Remedies where they put forth the suggestion that a standard should be set for ‘wrongful prosecution’ in India. The aforementioned standard will be applicable when an innocent person is falsely, maliciously or negligently investigated prosecuted by the police or prosecution for a crime they did not commit. The commission also made some suggestions for amendments in the Code of Criminal Procedure, 1973 (CrPC). These amendments would help incorporate the provisions for compensation to those wrongfully prosecuted. A draft amendment bill for CrPC was also  presented by the commission. However to this date no action has been taken by the government on the observations and recommendations made by the Law Commission of India.

“Better that ten guilty persons escape than that one innocent suffer” a quote once said by William Blackstone. If the state has wrongfully prosecuted an person which has lead to them losing on months and years of their lives for a crime they did not commit, compensation of some form must be given. While the years lost cannot be returned and the harassment faced cannot be undone compensation for the some of the loss can still be given. The state and authority need to be held liable for the damage caused due to their wrongful action. Therefore, it is important the India recognizes the need to compensate those wrongfully imprisoned.

Authored by Alika Priya, a student at KIIT School of Law