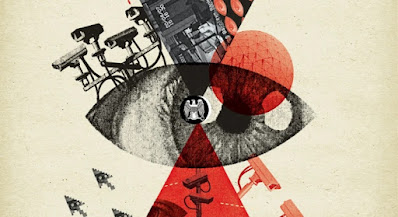 Technological advancements like artificial intelligence and facial recognition technology are the main reason behind controversial rise in mass surveillance. Government across countries have been using facial recognition technology under the disguise of security.Over the last decade the surveillance technology has advanced greatly but the safeguards regarding them have not been able to maintain the same pace. Data protection laws are yet to be brought into force by the Indian Parliament and the courts are failing at combating with ethical challenges that come along with the advancement of such new technology. We have been ignoring just how much data is being collected sometimes even in open defiance of law.

India apart from being the largest democracy in the world it is also among biggest surveillance states.

The country has managed to build one of the largest centralized facial recognition technology system. The system is called  the National Automated Facial Recognition System. Under the Ministry of Home Affairs the National Crime Records Bureau issued a request for proposal (RFP) in the year 2019 for companies who might interested in developing the National Automated Facial Recognition System. The lack of laws governing the facial recognition technology and inaccuracy concerning the system that already exists has caused some civil society bodies to revolt against the RFP causing it to be pushed back for a year.

Facial recognition technology is also being used as identification in different civil departments across the country. The Union Ministry of Civil Aviation for instance has allowed travelers to check in using facial recognition has their boarding pass. The new system has been named Digi Yatra and it makes the process of check in completely paperless. Airports at Hyderabad, Delhi and Bengaluru have already started with the trials.

The central government had given an order back in 2018 that allowed 10 fedral agencies to intercept and decrypt any information or message transmitted or stored in any computer resource. Keeping this order in mind the development of Aarogya Setu app seems a lot more intrusive specially when the app crossed over 100 million downloads just with 40 days of its launch. On downloading the app one ir required to fill in there data from demographic details to biometrics along with giving acess to GPS and other health data of the users.

While there are projects like National Intelligence Grid (NATGRID) being set up. NATGRID for instance aims at allowing law enforcement agencies to have access to data stored with banks, insurance companies, Income Tax department, Indian Railways, etc. But like a number of other initiatives taken on by the government NATGRID is established through a series of government notifications instead of going about the proper way that is passing a legislation in the parliament. Implementation of the project through the passing of a legislation would allow there to be a discussion on issues such as when can the private information be accessed, for what purpose and what information can be accessed. Although the process would be time consuming it is also of great importance specially with projects like NATGRID where the fundamental right could potentially be impacted.

Aadhaar indentification system for one houses the largest biometric database along with data of over 1.23 billion people. With number of data leaks and breaches that Aadhaar has had to face has caused it to become a huge threat to the privacy of a citizen of India. When in 2019 the new citizenship law had been the of cause huge controversy and revolt around the country it had also managed to reveal just how much surveillance the state has on its citizens. In cities like Delhi, Chennai and Hyderabad facial recognition technology was used to screen the people entering the protest venue, drones were circled over the protest march and the police would stop pedestrians to check their criminal records through their fingerprints.

The future threats that the advancements and the growing surveillance possess cannot be dealt with the current framework of the Indian legislation. It is of great importance the current framework of legislation is ammended so as to protect the privacy of individuals. It is also important that the work privacy is regarded with great caution keeping in mind the ongoing development in IT sector. Countries like UK and US have great laws put in place in regards for surveillance and the privacy of its citizens. Take a page out of their book it it important for India to pass acts and rules in regards to the surveillance and storing of data of the citizens of India.

Authored By- Alika Priya, student at KIIT School of Law