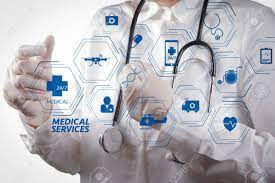 Public health, hospitals & dispensaries comes under State List as stated in the 7thschedule of Indian Constitution. This sector which was of such less concern  until now, got so spotlightedwhen the whole country got depended on it as their end resort.

We know that the more than 50% of the healthcare sector was not in appreciable position in India. This pandemic which no one thought of spotlighted the collapse of it Infront of the whole population and still continues as the country faces the deadly second wave. But was our healthcare system good enough before the pandemic? Let’s have a look, especially focusing in the Rural India.

India which is the 6th largest economy in the world is still a developing nation. It needs a large no.of reforms and developments in some major areas, one of which is Healthcare sector. With the population of 135 crores; 90 crores live in the rural and semi-urban area and 45 crores live in the urban area[1].

Let’s start with talking about the medical infrastructure in India. Looking at someof the famous cities such as New Delhi, Hyderabad, Mumbai and Chennai, these cities themselves contribute to maximum amount of medical tourism in India.

Delhi NCR, Mumbai, Hyderabad has major multi-speciality hospitals in the country in the city health-infrastructure data.

The answer to this question here is that doctors who are appointed here, after receiving a handful amount of salary, start their own clinic in their locality or city wherever they live. This is because of many reasons such as poor living and working conditions, irregular drug supply, weak infrastructure, professional isolation and the burden of administrative work. The other staffs working here therefore shift from these places and come back to work in the cities with their colleagues. When the police official have to carry an investigation regarding the matter, they are easily convinced and bribed and this process goes on until a newly appointed officer comes and who really wants and tries a change. Other reasons include lack of knowledge among villagers themselves that how are they being exploited within the hands of some private individuals, politicians and people’s representatives.

What is the solution for this? To find the solution one needs to understand one basic thing:that its their money which is being misused for mere profits and comfort of people. Govt. is collecting hefty amount of taxes from each and every thing ranging from Parle-G biscuits to capital taxes from buying major properties. People living in the villages are exempted from many types of taxes, and even provided subsidies.So, unless and until these things are not taken seriously by the person whose money is actually used whether directly or indireclty, there are not going to be any changes seen because the population that is directly affected doesn’t know the lies told and also, they have adapted to such things for a long time now.

We who have the power to change can’t go and held officials liable for this and come up with protests asthey are just of no use. To all those who are reading this, we all can actually bring a change by just minimum efforts. We are already used to habit using of internet/social media more than our sleep and other important works. All we need to do is take a picture of the infrastructure, interview 1-2 people of that locality with some basic question and post it in our social media. If we can make a man, a social media star overnight such as “Baba ka Dhaba” (viral video of Delhi in 2020)can’t we just share the ground reality that disturbs us with the IAS officers, other administration and keep sharing until thigs actually change. Not everyone govt. official is corrupt. Some actually want to see a change in every field. Once its on the screen of every single person, then till how long will the reality hide from people. Such things will bring shame on the people who are representatives of that respective areas and will force them to bring a change because nobody wantsan enquiry from the top-most govt agencies nor any kind of public criticism.

A simple change in attitude from “That’s not my concern” to “This my money, therefore my responsibility” can do wonders overnight. We can actually say this because it’s not only “Baba ka Dhaba” incident but there are so many examples that have made a simple common man, a social media star and they have received help from all around India. Things can change once we change our mindset.