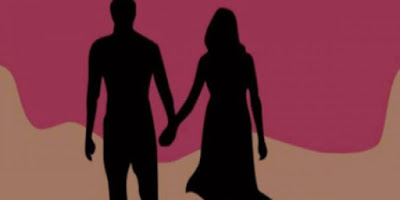 In recent times, the rights and protection of live in relationships and partners has seen a spotlight in society. The rights of these relationships and the protection to those who face harassment is a cause of social concern. Such relationships are often considered a taboo in the Indian society. Without the backing of their families, many couples marry in tiny, private ceremonies, while others forego even that and just begin living together.

The remarks by the bench of the Honourable Punjab and Haryana High court in a recent case regarding live in relationships has stirred a debate. Whether such relationships are acceptable or not is the question. The High Court of Punjab and Haryana on may 11, 2021, declined to give protection to a live-in couple on the grounds that the petitioners sought a “stamp of approval” on their live-in relationship under the guise of requesting protection, putting their lives in risk.Then just one week later, the court affirmed that such relationships are not prohibited by the law. The court’s observations has sparked a heated discussion throughout society.[i][ii]

Given the moral and social complexity of the problem, this discrepancy in opinion is unsurprising. While there is a lot of buzz about “live-in” relationships these days, when viewed through the lens of legal discourse, the notion has a strange cultural dissonance to it.

In a legal sense, the Supreme Court of India, the apex court in the nation has already granted its “permission.” Despite the fact that no statute specifically addresses live-in partnerships, the Supreme Court of India decided in the case of Indra Sarma v. V.K. V. Sarma in 2013 that a live-in relationship between two heterosexual consenting adults did not constitute a crime, even if it was considered immoral by society. [iii]

In Badri Prasad vs Dy. Directors of Consolidation, the Supreme Court of India acknowledged a live-in relationship and construed it as a legal marriage for the first time in this case. In this instance, the court upheld the legality of a couple’s 50-year relationship. Justice Krishna Iyer ruled that if the couples have lived together as husband and wife for a long time, there is a strong presumption in favour of marriage. Albeit the assumption is rebuttable, a significant weight lies on him who tries to deny the relationship of its lawful beginning. The law is inclined towards legitimacy.[iv]

In another major case, the case of S. Kushboo v. Kanniammal (2010), S Khushboo, a well-known actress, has petitioned the Supreme Court to have criminal charges against her dismissed. Kanniammal has filed 23 criminal charges against the Appellant, primarily in the state of Tamil Nadu, for offences covered by Sections 499, 500, and 505 of the Indian Penal Code, 1860 and Section 4 and 6 of the Indecent Representation of Women (Prohibition) Act, 1986.It was the right observation made by the supreme court that living relationships in India came under the gambit of Article 21 of the Indian Constitution. This meant live-in relationships were protected under the right to life. The court further added that live-in relationships were completely acceptable and that two consenting major adults living together did not constitute a crime. [v]

In the case of Tulsa &Ors vs Durghatiya&Ors (2010), the Supreme Court of India gave validity to the live-in relationship of a couple staying together for the past 50 years. “When a man and woman live together for a long spell there would be a presumption in favour of their having been married, unless it is rebutted by convincing evidence”, the Apex Court had held.“Such a presumption could be inferred by the natural course of events and other surrounding circumstances”, a bench of Justices Arijit Pasayat and P Satasivan said.[vi]

The Supreme Court in Chanmuniya v. Virendra Kumar Singh Kushwaha construed Section 125 of the Code of Criminal Procedure (Order for support of wives, children, and parents) to cover women in live-in relationships if the pair had been married for a reasonable period of time. It was held that this was essential to satisfy the genuine soul and substance of this useful arrangement. Indeed, even in the Protection of Women from Domestic Violence Act 2005, women are shielded from mercilessness at home if the dwelling together falls inside the articulation of “relationship in the nature of marriage”.[vii]

In the case of Madan Mohan Singh vs Rajini Kant, the Supreme Court of India through its approach of holding that live-in relationships which exists for a long period of time, cannot be labelled as a “walk-in and walk-out” relationship, and there laid an implication of marriage, hence treating long term live-in relationships as marriage. [viii]

In D. Veluswamy v. D. Patchaiammal, the court observed that certain conditions must be met in order for a live-in relationship to be recognised genuine. It states that the pair must present themselves to society as spouses and must be of legal marriage age or qualified to enter into a legal marriage, even if they are not married. The court determined that not all relationships are in the nature of marriage and thus qualify for the Domestic Violence Act’s protection. It went on to say that if a man keeps a woman as a servant and supports her financially while primarily using her for sexual purposes, the relationship will not be considered marriage in a court of law. Hence to get such advantage the conditions referenced by the Court should be fulfilled, and must be demonstrated by proof. [ix]

1 thought on “Rights of Live in Partner in India”