Fraud is defined as any intentional false representation, including failure to declare information of abuse of position that is carried out to make a profit, cause loss, or expose another to the risk of loss.[1] The Tomlin’s Law Dictionary defines it as deceit in grants and conveyances of land, bargains, and sale of goods, to the damage of another person, which may be either by the suppression of the truth or suggestion of falsehood. 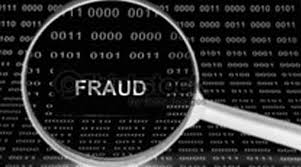 The definition of fraud covers several terms like bribery, forgery, corruption, embezzlement, misappropriation, concealment, false representation, and many more. In India, the RBI has classified different types of fraud into the specified categories keeping IPC into consideration.
1. Misappropriation and criminal breach of trust
2. Forging of documents and instruments and manipulation of books of accounts.
3. Cheating
4. Negligence
5. Irregularities in the extension of credit facilities against illegal gratification
6. Cases of fraud except the above specified.

The elements of fraud are as follows:

1. Corporate fraud: It is defined as an occupational fraud where a person uses his occupation and misapplies the organization’s resources or assets. This crime involves corruption, false overtime, use of company assets for own benefit and use. Satyam Computers fraud[2] is an example of this, the company named Satyam Computers was made in 1987, it dealt with information technology services and consultations among various sectors. The founder of this company was Ramalinga Raju, who resigned from the company’s board after admitting to corporate fraud. It was an accounting scam where the founder of the company made false accounts of the company and inflated the bank balance. The accusations of money laundering were also made on him. The major problems started when the company acquired Maytras Properties and 51% of Maytas Infra for 1.6 billion. The investors did not approve of this action taken by the company. Thus, the investors succeeded in calling off the proposed acquisition. After that, the World Bank banned Satyam from providing services as they had accused the company of hacking into the systems and accessing confidential information.

3. Bid rigging: It occurs when the bidders agree among themselves to eliminate competition in the process, thereby denying a fair price. It can be done in simple ways, first being cover pricing i.e. submission of a non-competitive bid that is too high to be accepted. Another way is when the competitor agrees not to bid or to withdraw bid from consideration.

4. Credit Card Fraud: A credit card is a plastic card that allows the cardholder to purchase goods and services on credit based on the cardholder’s promise to repay the money due. [3] This type of fraud is increasing rapidly, it can be simply understood as a transaction done using the card which the cardholder didn’t authorize for, it can happen if the card gets stolen or the personal card details are stolen by an individual. Another way for the commission of this offense is when a credit card skimmer is installed. It is a small tool that enables a person to steal the account details when the card is swiped at a place. Few easy steps can be taken to avoid such frauds. The first is to monitor every transaction by keeping a track of them, if some unauthorized transaction is seen it should be reported to the bank or police immediately. An easy way to monitor the transactions is by downloading the bank’s mobile app. If an unauthorized transaction has to be reported, the victim should carry the bank statement of the account, ID, and address proof specified in the bank records, FIR can also be made under section 154 of CRPC, 1973 in the nearest police station. Another step that can be taken is to not fall for the phone call/mail scams that ask for account details or OTPs. It is an offense under the Information Technology Act (Section 66C, 66D) and Indian Penal Code (Section 468, 471).

5. Cheque Fraud: In this type of fraud the criminal is involved in making unlawful use of cheques to illegally acquire/ borrow funds that do not exist in the account balance. It can be done in three ways. The first is a forgery when the signature of the account holder is forged on a genuine cheque. Another way is by making a valid cheque to a customer, but the cheque has been altered by a fraudster before it has been paid. It can be done by altering the recipient’s name on the cheque. The third way to commit such fraud is by making a cheque on a non-bank paper to make it look original, it’s called counterfeiting of the cheque. The steps to be taken to avoid this offense are to check the bank statement regularly or enabling the SMS alerts to be sent out as soon as a cheque is received for clearing, by keeping a record of all the cheques, by avoiding signing blank cheques.[4]

6. Charity Fraud: It can be defined as a fraud done within or against a fake or non- existent charitable organization. There are also several fraud types specific to the charity sector including the impersonation of street collectors, falsification of grant applications, skimming of collection boxes, theft of inventory / donated items, and the abuse of charity status to avoid paying tax.[5]

7. Identity Fraud: This crime is committed when an individual’s personal information is used by someone else to obtain credit, goods, or other services fraudulently. This type of fraud is not defined anywhere making it difficult to measure the impact of identity fraud.

8. Ponzi- schemes: These are investment schemes that promise to pay relatively high return rates for fixed-term investments with a minimal amount of risk. It is a fraudulent plan where the money is not invested and the money from the new investment is used to pay off earlier investors. The idea behind it is to keep getting more investors into the scheme so that the cash keeps on flowing. The verification should be done before investing in such schemes by checking whether the scheme is listed or registered with the company offering the scheme and there should be regulatory bodies governing such schemes. Before investing, the scheme should be understood to avoid oneself from such traps. Example: Saradha Scam[6] happened in India, their scheme promised high returns to the investors due to which they were able to quickly collect huge sums of money and were done as a part of chit funds.

The definition of fraud covers many types of frauds, Information Technology Act, 2000, and the Indian Penal Code, 1860 mainly cover the above-listed frauds. Certain steps can be taken to prevent such offenses. One such step is to use data analysis software as it can straightforwardly detect fraud by analyzing the entire set of data. These software are available for audit, fraud detection and control testing. It is seen in major frauds that there is involvement of senior management, the fraud awareness training and communications is another important aspect of fraud prevention. Some frauds happen due to lack of awareness of staff towards appropriate procedures in place and many red flags should be kept in mind in cases of technology-related frauds as they occur primarily due to non-adherence to standard procedures and systems in place, by the employees. The data of RBI 2019-2020 show that frauds worth more than Rs 1.85 lakh crore were reported in the year ended June 2020 compared with over Rs 71,500 crore in the previous fiscal.

This blog is authored by Yukta Kamra, student of UPES, Dehradun.

4 thoughts on “Financial Fraud in India”