DIVORCE – Its concept in Indian legality

Roman Law was a historical pioneer of the concept of divorce – you could marry anytime you want and you could divorce, or leave your spouse whenever you deemed fit. Both the spouses had an equal right to do so. No formality was required, neither was a legal or royal agency involved for the same purpose. 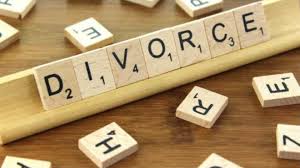 Divorce has had a tough history, especially when it comes to legality. It was only after 1857, by the Causes Act, did a country like England recognize it, but it was granted only on one ground – proven; not implied, adultery. This wasn’t only tough to establish without much proof, but was also not practiced or used by one gender, the women, for the longest time.

Even to this date, many in India and in Hindu community grant marriage as a sacred title, a union that is so pure that it may not be broken until death. However, as society progresses and democracy becomes the norm of the World, it is impossible to not keep up. Therefore, the Hindu Marriage Act has also talked of divorce for those who identify as Hindus or as Sikhs and Jains.

THEORIES OF DIVORCE UNDER HINDU MARRIAGE ACT OF 1955

There are three major theories which have been talked of in the Hindu Marriage Act of 1955. One of them is the fault theory, which is extensively acknowledged and used on most of the judicial grounds of separation. It is enlisted under Section 13(1) of the Hindu Marriage Amendment Act, 1976.

There are two newer theories to the concept of marriage and divorce in traditional Hindu Laws, which may seem as basic to those who wish to get a divorce according to the principles of democracy, but were shockingly never granted in many cultures, not just Hinduism. One of them is Mutual Consent, which is growing in popularity in recent times and is probably the newest form to have been acknowledged and used in India to divorce a marriage which cannot be continued further and is broken with the consent of both parties.

Another theory would include the breakdown theory, which is reflected in very few grounds, such as failure to resume cohabitation with your spouse for over a year and achieving the degree of restitution of conjugal rights.

The guilt or offence theory of divorce is essentially a 19th century notion where the society despised divorce as a sinful event, as devil’s commotion, and thus, that society could approve for divorce only on that grounds that one of the parties has devoted some sin, some very appalling offence in contradiction of marriage. As a consequence, to the guilt of one party, it was proved that the other party was innocent and must be taken away from their sinful partner.[1]

Interpreting to this theory, if a party commits a matrimonial wrongdoing; the distressed party may seek divorce form the antisocial spouse. It is only a marital felony which is a ground of divorce.

No criminal offense, howsoever atrocious, is a ground for divorce. Conventionally, adultery, desertion, and cruelty are considered as marital wrongdoings. But this should be considered only as an expressive list. Rapes, sodomy, bestiality, refusal to obey the order of a court to pay upkeep to the wife, marring an underage person may also be added to this list.

The Hindu Marriage Act, 1955 as amended by the Marriage Laws (Amendment) Act, 1976 puts down nine grounds, constructed on guilt theory of divorce;

· Even when divorce was not recognized as a practice, adultery was shunned as a public and private wrong. Though society punished the woman more for this crime, men too were degraded when proven to have committed the ultimate sin against the sacred institution of marriage.
· Adultery is the voluntary sexual intercourse of a married person with a person other than the offender’s husband or wife.[2]
· Though originally a divorce could be settled only if such spouse was living in adultery, but by the Marriage Laws Amendment Act, 1976[3], the present position under the Hindu Marriage Act is that it considers even the single act of adultery enough for the decree of divorce.
· Marriage, after the Hindu Marriage Act has been recognized as an exclusive union, therefore the very concept of sinning against this union, is an active ground for divorce.
· Adultery was a criminal offence under Section 497 of the Indian Penal Code, 1860 (IPC) until Joseph Shine v. Union of India’s[4] case’s judgement was passed, which de-criminalized this practice, but that didn’t mean that adultery would cease to be an active ground for divorce. It was and it still is a major ground under Fault / Guilt theory.

· The older definition of cruelty included physical cruelty only, but with the onset of time, mental cruelty has come to be accepted as a more valid ground too. Acts of cruelty are behavioral indices stirred by diverse factors in the life of spouses, and their surroundings and therefore; each case has to be decided on the basis of its own varied and unique set of facts. Incompatibility of temperament, false accusations of adultery or unchastity and the demand for dowry are some of the reasons.

· Desertion means the rejection by one party of all the responsibilities of marriage – the eternal abandonment or relinquishment of one spouse by the other, deprived of any reasonable cause and lacking the consent of the other.[5]
· It undermines the very basic assumption that the parties may learn to cohabit once again.

Ø Conversion to a non-Hindu religion;

· When either one of the parties has ceased to practice Hindu religion or any religion like Sikhism, which falls under the ambit of Hindu Marriage Act, 1955, the other may use it as a valid ground for divorce.[6]

· Contagiousness of leprosy and revolting external indicators are accountable for generating psychology where man not only disdains the company of lepers but looks at them scornfully.
· Keeping this in mind, the lawmakers granted this as a parameter to grant a divorce but the burden of proving this falls upon the petitioner, not the respondent.

Ø Venereal disease in a communicable form;

· At present, it is a ground for divorce if it is transmissible by nature notwithstanding of the period for which the respondent has been in anguish from it.

· “Renunciation of the world” has been talked of in our scriptures from time to time. It is the next phase of life after marriage according to our Vedas.
· Even though this ground has been barely used in recent times, it is ever present and is granted in few cases from time to time, keeping the sensitivity of religion in mind. Such renunciation by entering into a religious order must be clear & complete.

· A person is presumed to be dead, if he/she has not been perceived of as being alive for a period of at least seven years.[7]
· The onus of proof that the position of the respondent is not known for the obligatory period is on the petitioner under all the matrimonial laws.
· This is a presupposition of widespread receipt as it helps proof in cases where it would be tremendously problematic if not impossible to prove.

All of these factors apply to men and women in a marriage, however, there are specific rights and factors which may be used by a woman only, owing to the fact that it is more essential to raise the bar for this particular gender, in order to attain equality. Under Section 13(2) of the Hindu Marriage Act, 1955 specified for the wife, keeping in mind the grave discrimination of the basis of gender in the society, which have been ever present through time. These are as follows –
1. Pre-Act Polygamous Marriage – This clause states the ground for divorce as, “That the husband has another wife from before the commencement of the Act, alive at the time of the solemnization of the marriage of the petitioner”[8].
2. Rape, Sodomy or Bestiality
3. Non-Resumption of Cohabitation After A Decree/Order of Maintenance
4. Repudiation of Marriage – This right, added by the 1976 amendment of the said Act, has only a reflective effect i.e. it can be summoned notwithstanding of the fact that the marriage was sanctified before or after such amendment.

Irretrievable breakdown of marriage is not a special ground for divorce under the Hindu Marriage Act, 1955 unlike the other theories of divorce.

In either case, as stated by the section, if the parties are not able to recommence cohabitation for one year, any of the party to marriage can obtain a decree for divorce. Thus, the common feature is the condition of living disjointedly for a sensibly long period of time. However, the judiciary in India has started raising the mandate of such a special ground under the present law in force. The Supreme Court of India in a recent case of Naveen Kohli v Neelu Kohli[9] even asked the parliament to seriously consider the matter and convey an amendment in the present law. The apex court said that:

“Before we part with the facts, on the consideration of the totality of the facts, this court would like to recommend to the Union Of India to seriously consider for the bringing of the amendment in the Hindu Marriage Act, 1955 to incorporate an irretrievable breakdown of marriage as a ground for grant of divorce. A copy of this judgment be sent to the Secretary, Ministry of Law & Justice, Department of Legal Affairs, Government of India for taking appropriate steps”

A decree for divorce by mutual consent can be passed and is liable to be passed where the parties seek divorce by mutual consent only by resort to the specific provisions of Section. 13-B and not otherwise. It is well settled that where a power is given to do a certain thing in a certain way, that must be done in that way alone or not at all and all other methods of performance are necessarily forbidden.[10]

The reasoning behind this theory is that since two people marry each other through their free will, at the same time, they ought to likewise be allowed to move out readily and with the consent of both the involved parties. In any case, it highly disapproved that this methodology will advance depravity, as it will prompt hurried separations and parties would break down their marriage irrespective of whether there was a slight contradiction of personality.

But with time, there has been an active usage of this practice and clause, as this theory has helped marriages around the world to end amicably and without the frustrations of painful divorces involved. Therefore, for couples who are sure about this method, it proves to be an easier way to end their marriage rather than using an irretrievable breakdown of marriage as a loose excuse.

The concept of divorce is a blessing for a generation which wants to and which needs to progress with time and the Act has granted the same through various rights and methods, whatever may have been feasible. This is an ever-changing process and may be applicable to additions and deletions depending on what the society wants and what the legislature may help us attain, while remaining sensitive to the religious sentiments and progress of the society.

Equality begins at home, and through this Act and its way of securing divorce to both men and women, it has proved to be a positive change. Evils like child marriage and honor killings may haunt our society to date, but to codify the rights of a woman and man to marry based on the principles of equality and justice have been granted by this Act, for which, we must appreciate the stringent measures.