The term Euthanasia comes from two Ancient Greek words: ‘Eu’ means ‘Good’, and ‘thantos’ means ‘death’, so Euthanasia means good death. It is an act or practice of ending the life of an individual suffering from a terminal illness or in an incurable condition by injection or by suspending extraordinary medical treatment in order to free the person of intolerable pain or from a terminal illness 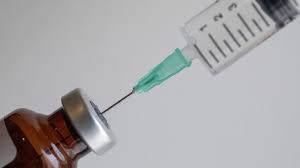 It’s a complex process and involves weighing many factors like someone’s physical and mental health, and their personal beliefs and wishes all play a role. Right to life’ including the right to live with human dignity would mean the existence of such right up to the end of natural life. This may include the right of a dying man to dying with dignity. But the ‘right to die with dignity’ is not to be confused with the ‘right to die’ an unnatural death curtailing the natural span of life. Some people believe euthanasia is murder and find it unacceptable for moral reasons. Many also argue that the ability to decide your own death weakens the sanctity of life. In addition, many churches, religious groups, and faith organizations argue against euthanasia for similar reasons. Thus the concept of right to life is central to the debate on the issue of Euthanasia.

From the moment of birth, a person is clothed with basic human rights. Article 21 of the constitution i.e. Right to life is one of the basic as well as a fundamental right without which all rights cannot be enjoyed. Right to life means a human being has an essential right to live, particularly that such a human being has the right not to be killed by another human being. But the question arises that if a person has a right to live, whether he has a right not to live i.e. whether he has a right to die? Whiling giving this answer, the Indian courts expressed different opinions. In M.S Dubal vs. State of Maharashtra, the Bombay High Court held that right to life under article 21 of the Indian Constitution includes ‘right to die’. On the other hand in Chenna Jagadeeswar vs. State of AP, the AP High Court said that right to die is not a fundamental right under Article 21 of the Constitution. However, in P. Rathinam’s case, the Supreme Court of India observed that the ‘right to live’ includes ‘right not to live’ i.e. right to die or to terminate one’s life. But again in Gain Kaur vs. State of Punjab, a five-member bench overruled the P.Rathainam’s case and held that right to life under Article 21 does not include Right to die or right to be killed. However, advocates for assisted dying says the practice of euthanasia is based on the respect for individual autonomy. And recently in 2018 the supreme court of India declared through a five-judge constitution bench that, if strict guidelines are followed, the government would honor “living wills” allowing consenting patients to be passively euthanized if the patient suffers from a terminal illness or is in a vegetative state. Active euthanasia wherein lethal drugs or injections are administered to the patient is something that the honorable court has not approved of.

ARE SUICIDE AND EUTHANASIA SAME?

In recent years, the rate at which suicide is increasing is very disheartening so do not confuse suicide with euthanasia. There is a conceptual distinction between suicide and euthanasia. In a suicide, a man voluntarily kills himself by stabbing, poisoning, or by any other way. No doubt in suicide one intentionally attempts to take his life. It is an act or instance of intentionally killing oneself. In euthanasia, a third person is either actively or passively involved in the process of death of the person i.e. he aids or abets the killing of another person. It is important to mention in this context that there is also a difference between ‘assisted suicide’ and ‘euthanasia’. Assisted suicide is an act that intentionally helps another to commit suicide, for example by providing him with the means to do so. When it is a doctor who helps a patient to kill himself (by providing a prescription for lethal medication) it is a ‘physician-assisted suicide’. Thus, in assisted suicide, the patient is in complete control of the process that leads to death because he/she is the person who performs the act of suicide.

In the present scenario, Euthanasia is becoming a lifestyle choice, and the variety of cases where a person subjectively experiences the suffering as ‘unbearable’ suggests, to a great extent, that we have lost the capacity to cope with life when it’s not all rosy. Euthanasia could be legalized, but the laws would have to be very stringent, in reference to other countries wherever euthanasia has been legalized, a steep increase in the demand is observed. Without exception, the experience of legalized euthanasia shows that a slippery slope is in practice unavoidable. No matter how strict the law attempts to be, it is bound to fail to protect the vulnerable members of society. So every case will have to be carefully monitored taking into consideration the point of view of the patient, the relatives, and the doctors. The potential of modern practice to prolong life through technological means has provoked the question of what courses of action should be available to the physician and the family in cases of extreme physical or emotional suffering, especially if the patient is incapable of choice. Whether Indian society is mature enough to face this, as it is a matter of life and death, is yet to be seen. Again the point that remains unanswered is regarding the abuse of this right by the doctors, but relevant safeguards can be put on this right and thus its abuse can be avoided.