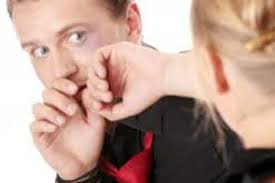 Violence against men comes in various forms and these include sexual, verbal, psychological, physical, and emotional among others. The world today is prepared to listen to the female cry and in consequence, men continue to suffer inquietude. Violence against men is a reality but unfortunately in most of the jurisdictions, no laws or even support groups have been put forward for the security and protection of the boy-child as the girl-child. Violence against men exists in all cultures and any man is a victim regardless of their status at work or in the community.

The idea of patriarchy exists in most of today’s societies but limited researches have been conducted on matriarchal homes. If we still think that the society of today is still wholly patriarchal, then there is a problem as matriarchal societies are now in existence. In some of the households, all the decisions are made and influenced by the wife. In the event that the wife is the one working, the husband becomes subject to abuse and since he is not contributing to the funds of the family, he is often treated as a slave. The abuse has often heightened in this pandemic where almost everyone is on the verge of their breaking point. A lot of industries are closing down rendering the future more and more uncertain with each passing day implying that as long as a retrenched or unemployed husband is still alive, he is prone to violence and abuse.

The vulnerability of women at the hands of men is the only acceptable phenomenon and for a man to report a case of domestic violence is nothing but a framed issue., Men have been portrayed as sinners while women are regarded saints in this matter yet it is because of this unfounded belief that some women continue to oppress their spouses. It, therefore, takes a whole lot of courage for a man to speak up as this will make him appear as a coward before society at large.

Violence against men covers a lot of aspects and sexual abuse is one of these. We live in a society that has concluded that sexual abuse is only initiated by men yet some women are forcing their spouses into sexual relations. Men have become victims of marital rape too but due to the limited mind of humanity, this cannot be possible. Marital rape is when a spouse has sexual intercourse against the will of another and the word spouse applies to either spouse and not specifically men. Men are being tortured in their marital homes verbally, physically, and emotionally. However, the survey remains limited as men hardly report cases of violence to any law enforcing agencies. Some men are even deprived of their personal time with friends and even their own families which is a violation of one’s personal liberty. The social development of many men is hindered because of such restrictions and since at the end of the day, there is no one to share problems with, men end up taking wrong decisions because the input of others is not there. Many men are staying with toxic partners but as men, they are advised to endure any hardship that comes their way. Staying with their spouses is now more of a formality and has nothing to do with commitment.

Violence against women is a common feature of almost all human societies while male domestic violence remains an abstract concept but as a matter of fact, some husbands have lost their freedom to choose what they desire. Men are even forced to be part of the religious sects they are not willing to be part of. Serious threats accompany those husbands not willing to obey the matriarchal rules. In certain circumstances, the wife will threaten to abandon the husband or to destroy the property acquired by both parties. many husbands are being made vulnerable and they do not even have time with their friends. This has some serious mental issues and in extreme cases, one may end up deciding on taking away their life.

Some men are verbally abused and even teased in front of their friends and families. If only people would consider the impact that words may have on a person, they will be more kind. In the event that the husband is working and is not earning much, a husband can end up feeling as if he has failed his family and this will only create stress and tensions between the husband and wife.

It is never too late to address the violence that men are going through. The introduction of boy-child networks will go a long way in helping curb violence against men. This way, men can actually report any cases of violence. The legislation still has some work to do so as they should also incorporate laws protecting men against violence. If women are to be protected within the spheres of their homes so should men too.Labelling men as perpetrators of violence should come to a cessation as some women are now hiding behind the mask that men are the perpetrators. What needs to be put in mind is that the same perpetrators can be victims too.
Image Source
AUTHOR: FLORENCE RUZIVE