Abortion, just like any other ideology has two sides. The concept of abortion is yet to be understood in most of the cultures of today and as a result, the positive side of legalizing abortion is being overlooked. It will be an unbalanced criticism if only the negative side of abortion is given much relevance and credit. 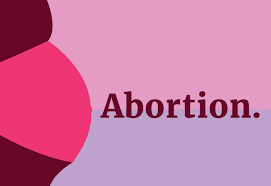 Abortion is the expulsion of an embryo and right from its definition, nothing good seems to be extracted from aborting a fetus since masses still question as to why someone would become pregnant and yet later on go on to terminate the pregnancy. A plethora of pros and cons surrounding abortion shall be discussed in this article.

THE PROS OF LEGALIZING ABORTION

We are living in a world where people are being exposed to several risks some endangering their health and pregnant women are not an exception either. The pregnancy itself can be life threatening to a woman and in such cases, as per the doctor’s advice, abortion may be advised. This is one of the advantages of legalizing abortion because lives can be preserved better but, in those countries where abortion is not legalized, it means that the woman is prone to maternal death.

In this age where the world has gone digital, where information is always at our fingertips, where the processed foods we eat contribute a lot to our never-ending sexual desires, an age that has seen a rise in cases of rape and sexual harassment, where sexual favors are part of the demands of corrupt people, this has led to an increase in the number of unwanted pregnancies and an increase in the cries for legalizing of abortions. Many innocent ladies have fallen prey to their lovers, leading to many losing their virginity and ending up being pregnant at the same time. In fear of being victimized, these ladies keep such matters to themselves, even shutting themselves away from the family members until the pregnancy cannot be hid any longer. This has contributed a significant percentage to cases of suicides, disownership of family members, which can be avoided if abortions are legalized.

To be frank enough, sex education has been one of the hot topics in schools in the 21st century. Students have been taught about abstinence, about contraception, condomising but that has not yet put an end to premarital sex. Governments have tried to make sure that condoms are free or cheaper and easily accessible but still they are not accessible to everyone. Sexual desires, fueled by curiosity, have led to many couples engaging in unprotected sex leading to unwanted pregnancies. Unwanted pregnancies will lead to unwanted babies being born which families are not ready to cater for, resulting in financial stresses on both the household and government. Legalizing abortions can be an answer to that.

Legalizing abortion can help in population reduction. In this pandemic where masses are struggling to make ends meet, abortion can actually be a relief as it reduces the pressure and burden on the breadwinners. The cost of abortion actually becomes cheaper compared to the one of nursing a child and providing for all their needs.

Unwanted pregnancies are well taken care of and women can get back to their normal daily routines and continue with their life without any obstruction or hindrance. Legalizing abortion means that the life of women is no more at stake as it used to be in the past when people would self-administer and prescribe some hazardous substances unknowingly while trying to put an end to unwanted and unplanned pregnancies. With the assistance of health experts, both medical and surgical abortion are being carried out, with all the potential risks being kept minimal.

It is through the legalization of abortion that women have been able to retain their freedom of being who they want to be. Due to certain circumstances, some women may not be ready to enroll into motherhood and legalizing abortion is the answer. Ever thought of those poor families that are struggling to have even a single meal not to mention having proper and adequate basic facilities and the woman becomes pregnant? Then legalizing abortion would do justice to both the family and the unborn child as it would be more traumatizing to see a child suffer from malnutrition and other health conditions. In the societies where abortion has been legalized, women have less if not zero fear of being victimized.

THE CONS OF LEGALIZING ABORTION

The legalizing of abortion compromises the relationship between religion and the law. If religion is against abortion and the law is legalizing the same, then there is a clash and at the end of the day an individual will just adopt to what suits their situation since no man can serve two masters at a time. If this goes unchecked, might cause fights within the religious sect as this will bring up certain debates.

There are certain risks associated with either medical or surgical abortion and in all the instances the life of a woman is at risk. In the cases of medical abortion, the woman might end up having some uterine ruptures and this has to follow a series of check-ups by the doctor. If a woman manages to get the pills over the counter though rare, she might not get to realize that she has some retained products within the uterus. If the abortion is not done properly, it will end up claiming the life of a woman.

After a series of abortions, a woman might find it hard to conceive again and this may lead to family disintegration. A lot of women are being abused day and night by their husbands because of the failure to conceive and some of these women have no record of aborting any pregnancy but since it has been legalized in some countries, it is attributed as the main cause of barrenness or the failure to conceive. Legalizing abortion has its tremendous effects on a woman and it gives such women a hard time knowing that they shed some innocent blood. The entire life of such a woman will be centered around a guilty conscience.

Legalizing abortion has often led to the increase in the number of sexually active teenagers and adolescents. It is true that the pregnancy is terminated but what about the sexually transmitted diseases and infections. Legalizing abortion has proved to be a leeway for misbehaving as unwanted pregnancies can be easily dealt away with. The decadence of moral values is also attributed to abortion. In most of the societies today it is quite sad to have mothers who gave birth to their children and mothers to aborted children.

Legalizing abortion has its own merits and demerits and as a matter of fact, maternal deaths have been prevented, unwanted pregnancies have been taken care of and women have been able to live without the fear of being victimized and criticized. However, on the other hand, the same would make one question the relationship between religion and the law as it can be a point of debate. Divorce rates are mounting up because abortion has been legalized and sadly, most women are paying the price for the abortions they have no idea about. Legalizing abortion may pose some threats to a woman’s health and this may mean more and more expenses to be incurred by the woman.
Image Source
AUTHOR:FLORENCE RUZIVE