Intersectionality was theorised by Kimberle Crenshaw, stating that it is the study of how different power structures interact in the lives of minorities, specifically black women and it has held great value having witnessed a crucial space in academia. 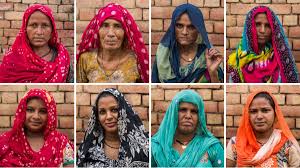 From a Feminist perspective, intersectionality has become the primary way of conceptualizing the relation between different systems of oppression which not only construct our multiple identities but also our social locations in hierarchies of power and privilege. It draws attention to the different invisibilities that exist in feminism, in anti-racism, class politics, etc., and in the Indian scenario, intersectionality is addressed on the basis of caste, class, gender, urban/rural, religion, etc. In India where caste is the oldest form of oppression and violence perpetrated because of caste coupled with gender, culminates into an atrocious form of violence.

The Indian Society, which is deeply-seated in ‘Brahmanical patriarchy’, orders the society into a stricter caste system.[1] This caste system defines individual social status which avails them the opportunity to be either privileged or powerful in the upper strata (Brahmin) or be exploited, dominated, or stigmatized at the lower strata (Dalit). The system anchors on the power to enforce caste-based duties which are inherent in ‘graded inequality and endogamy’.[2] Dalits are not only humiliated for being born in that caste but also face a lot of discrimination and atrocities in society.

The inherently violent nature of the caste society is perpetrated most brutally on Dalit women. The systemic & unrelenting violence on Dalit women is hardly ever highlighted in media and the intersectionality of gender, class, and caste often remains unseen. The violence for Dalit women is almost always associated with their caste positions, and also depends on whether they abide by the system. For example, their resistance to or dissent towards the caste structure often triggers violence. When compared to other women, Dalit women most of the time finds themselves in culturally, economically, and socially vulnerable locations, which basically work to aggravate the sense of impunity with which perpetrators, inflict violence on them.[3]

Making women eat human defecation, gang rapes, and parading them naked are a few of the women-specific crimes, gang rapes being the most prominent. Besides being an exercise of power by upper-caste members, sexual violence is also a method used by them to show lower-caste men that they were unable to “protect” their women and uses rape as a tool to stage a “contest” among men.[4]

Since 2014, sexual violence against Dalit/Scheduled Castes (SC) has been the most dominant form of atrocities perpetrated against the marginalized group. According to the National Crime Records Bureau (NCRB) statistics, 13.9 percent of all atrocities committed against SCs included rape or sexual assault. In 2014, these crimes constituted 12.73 percent and 10.9 percent in 2015.

In 2016, similar patterns were recorded against Dalit/Scheduled Tribes (ST). Rape accounted for 14.8 per cent of all crimes reported against STs, followed by 12.7 percent cases of assault on women, with intent to outrage their modesty and about 973 cases of rape were reported in 2016 against ST women, whereas 2,541 cases of rape were reported against SC women.[5] The report also established that most of the crimes against SCs reported were crimes against women, including assault, sexual harassment, stalking, outraging of modesty, and voyeurism.

Scheduled Caste and Scheduled Tribe (Prevention of Atrocities) Act, 1989 aka PoA Act, takes into account any and all kinds of atrocities inflicted by an upper caste person to a lower caste person. The atrocities include humiliation, discrimination, assault, etc. This act is to safeguard Dalits from the caste system.

But the lack of law enforcement leaves many of them unable to approach the legal system to seek redress and women are often also unaware of the laws; their ignorance is exploited by their opponents, by the police, the judiciary, etc. Even when the cases are registered, the lack of appropriate investigation, or the judge’s own caste and gender biases, can lead to the acquittal of the accused, regardless of the availability of evidence/s or witnesses, and the failure to successfully prosecute cases of rape also allows for crimes against women to continue unabatedly, and in the present context, encourages the use of rape as a tool to punish and silence Dalit communities.[7]

As in the case of Bhanwari Devi, who was gang-raped by five men, the reason accorded was neither lust nor patriarchy but, the fault of Devi herself, who being a lower-caste woman, had dared to break the age-old strictures of caste, which is by protesting against the practice of child marriage, which was a standard among the upper-castes and when the matter finally reached the court, the judge acquitted all the five rapists, holding, among a host of other reasons, that since the upper castes practiced strict untouchability, it was unbelievable that any of the five would touch a lower caste woman and Devi remains deprived of justice till today.[8]

Dalit Women further face atrocities because of little things and that is only because they are from the lower caste. For example, two teenage girls in a village of Uttar Pradesh were gang-raped and murder only because they had asked their upper-caste employer to increase their salary by a mere sum of Rs 3 and the upper-caste men were unable to stomach the audacity of these girls to demand something from them. This clearly shows violence is not just meant to control women, but also to carefully maintain the caste structure.[9]
M. Meena (not her real name) a twelve-year-old Dalit girl, was raped in September 1997 by a twenty-one-year-old upper-caste man in Tamil Nadu. Successful prosecution of her case was obstructed when the accused bribed to the police and the girl’s father was threatened not to divulge the facts or the family would face dire consequences. After much persistence and help from a social worker, Meena’s parents were finally able to register a case of rape under the Indian Penal Code. At the same time, the police refused to register the case under the PoA Act. The accused spent forty-five days in jail and was afterward released on bail. In December of 1997, soon after his (the accused) release, he physically assaulted the husband of the social worker who had been helping Meena. As of December 1998, no charges had been filed in the rape case, and the accused remained out on bail.[10]

When Suman Rani a Dalit woman who was a victim of custodial rape did not get justice as the Supreme Court refused to apply the minimum ten-year sentence to the police officers charged because of the victim’s “questionable character.” The court’s opinion quoted a medical officer who testified that the “victim girl [was] used to frequent intercourse and parturition and there was no mark of violence of sexual assault on any part of her body.” The court finally held that the unusual facts of the case, combined with the conduct of the victim, did not warrant the enforcement of the minimum ten-year sentence. [11]

Dalit women have often been the major victims of heinous gender-based crimes and the Indian courts have consistently failed the Dalits by steadfastly refusing to acknowledge that sexual violence is perpetrated because of a woman’s caste. This further explains the dynamics of caste relations and the dominance of the upper caste citizens in the justice system. As a result of the above, the criminal justice is undermined because this complex scenario makes Dalit women feel, inter alia, that they lack equal access to justice and protection of the law; Violence against them is not only widespread but also systemic; they are often blamed, disbelieved or asked to settle such matters in privately; they are intimidated/threatened when the report and the police do not protect them; Perpetrators enjoys large-scale immunity, and even the court has often failed to convict perpetrators that violate Dalit women. Hence, their faith in the justice system is weaned making it difficult to report violence or resort to the system for protection.[12]

As it is clearly seen the current system is not working, the law alone can’t help in protecting Dalit women from these atrocities. There is a dire need for a check system and gender-caste sensitization classes for everyone working in the justice system. More than that everyone needs to stop seeing feminism only from middle-class-upper caste women’s perspective and accept that feminism can only work if it’s intersectional.