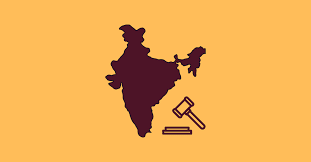 DOCTRINE OF BASIC STRUCTURE: THE CONCEPT:

It is asserted that the concept of the doctrine of basic structure has evolved from the case of Keshavananda Bharti v. The State of Kerala. This concept put a limitation in the unrestrained power of the parliament where the parliament can even alter the fundamental right[i] under part iii of the constitution in the absence of this asserted doctrine of basic structure[ii]

The origin of the doctrine of basic structure can be traced from the case Mitchell v. palmar which is the landmark judgment delivered in the supreme court of the United States of America. The genesis can also be traced from the lecture delivered in the law faculty of Banaras Hindu University by a German Professor, Dietrich Conrad. In the supreme court of Pakistan in FazlulQuaderChowdhry v. Mohd. Abdul Haque, this doctrine has been talked about.

In India, this doctrine comes into existence from the case “Golakhnath v. the state of Punjab”. in this case the argument was put up on “implied limitation on the amending power by the parliament “ by the virtue of article 368 of the Indian constitution. In this case, it was held that parliament could not curtail any of the fundamental rights of the constitution.

The question of amending the power of the parliament was further raised in the case keshavananda Bharti v. state of Kerala. There was a real conundrum on the various provisions of the constitution because the doctrine of basic structure as it stands today, simply was not in existence then.

MAIN PROVISION OF THE CASE:

The crux of the case:
In this case, the extent of the parliament’s power on up to how it can amend the constitution was dealt with. To boil down the point, the court also reviewed the golaknath v. state of Punjab case.
This case passed the precedent judgment where it was held that –“Parliament cannot amend fundamental rights”.Hence essential feature doctrine and concept of basic structure was expounded in this case.

Facts of the case:

Keshavananda Bharti, the plaintiff in this case challenged the land reforms law that had been brought about by the government. The reform was for the restriction on the management of the property by the people and as a consequence, Keshavananda Bharti filed a case to get back the right to manage the property.

JUDGMENT OF THE CASE:

[i]in the present time fundamental right under part iii of the Indian constitution (from article 14 to 32 ) is the part of basic structure.
[ii]From the case keshavananda bharti v. state of Kerala – the case that saved Indian democracy –“The 703-page judgment revealed a sharply divided court and, by a wafer-thin majority of 7:6, it was held that Parliament could amend any part of the Constitution so long as it did not alter or amend “the basic structure or essential features of the Constitution.” This was the inherent and implied limitation on the amending power of Parliament”.
[iii]“ The doctrine of ‘basic structure’ is considered the most potent tool in the hands of the Indian
judiciary to maintain the balance of power, the checks and balances that are required for a
smooth functioning of a democracy. This doctrine has altered the course of Indian Constitutional law jurisprudence.”