“Any young man, who makes dowry a condition to marriage, discredits his education and his country and dishonors womanhood.” – MAHATMA GANDHI

India is an ancient country and Indian civilization is about five thousand years old. Therefore, it’s natural that its society will be very old and sophisticated. Therefore, Indian society could be a complex mixture of diverse cultures, people, beliefs, and languages which will have come from anywhere but is now an element of this vast country. There are many such problems in our India even today, which remain as a stumbling block in the development of India of which dowry practice violence against women is prominent. 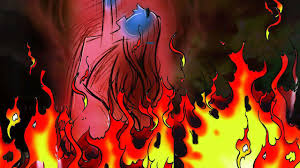 After marriage, gifts, home goods, rupees and ornaments, and any quite movable and immovable property brought by the daughter-in-law along with her is named dowry. After marriage, dowry was introduced as a blessing to give a start to the daughter’s new home. It is said that where there is light there will also be darkness, in the same way, when the dowry system has been transformed from a practice into a misdemeanor, we didn’t even realize. These are the reasons by which our nation and society continue to suffer great damage.

Our Indian society is still suffering from atrocities and problems against women, which is associated with dowry; The root cause of domestic violence against women in India is the demand for dowry. Dowry can be in any family whether it is educated, illiterate, low class, middle class, or rich class. When the marriage is finalized, then no matter how educated, intelligent and home educated the girl is, but it matters how much money and luxury the girl is coming to her husband’s house. With the passage of time, dowry has become a customary part of Indian society. Where it was ever given voluntarily and there was no compulsion. It has become mandatory there today and demanding dowry from a woman as if it has become their right. Now dowry is becoming another form of violence. If the groom’s family does not get enough dowry, then harassment, cruelty, even assaulting the bride is done. Now the hunger for dowry is increasing rather than decreasing. The demand for dowry affects the lives of women socially, economically, and culturally.

An accepted marriage among Hindus has always been considered a marriage, be it any form of marriage. Dharmashastra says the virtuous work of kanyadaan is not complete until a Dakshina was given to the bridegroom. According to the Brahma form of marriage, after embellishing her daughter with expensive clothes and ornaments and honoring her with the gift of jewels, the father gifts the daughter to a groom, in line with this dual specialization of Kanyadaan and Varadakshina’s honorable work. Whom he himself has invited and who is learned in the Vedas and of good conduct. (Manu).

There is no doubt that whatever gifts were given to the daughter on the occasion of her marriage by her parents, relations, or friends were included in her stridhan. It was given willingly and there was no obligation. These were presumably to provide the bride with a type of financial security in adverse circumstances. These two aspects of gifting

Hindus’ marriages, grooms, and brides became entangled and later accepted as the dreaded name of dowry to achieve compulsion, coercion, and occasional force, and eventually, most marriages became a bargain.

There are certain laws regarding dowry

According to Section 304 B (1) of the Indian Penal Code, 1860 if a woman dies of any burns or physical harm within 7 years of the wedding or it is learned that before her wedding she was tormented by brutality or harassment by her partner or any other relative of her spouse with demanding dowry then the death of the expired person would be considered as dowry death.

Section 113B of the Indian Evidence Act, 1872 deals with presumption as to dowry death. If a woman dies in relation to the demand for dowry and it was proved that immediately before her casualty she was subjected to harassment or cruelty by someone. The court will then consider such a person responsible for his death.

IS DOWRY CASUALTY A BAILABLE AND A COGNIZABLE OFFENCE?

In the case of K. Prema S. Rao vs Yadla Srinivasa Rao, The Supreme Court held that a key factor to make the accused liable under Section 304B is the demand of dowry. It was found that the demand made by the husband was to transfer her stridhan property to him as against any specific demand for dowry. Therefore the accused was not held liable under S.304B.

In the case of Smt. Paniben vs State Of Gujarat, Supreme Court under section 304 B of Indian Penal Code, convicted the mother-in-law of deceased by looking forward to the dying declaration of deceased in which she stated that her mother in law put her on fire. The court said that there was no basis to believe that she had committed suicide. The court considered it a most atrocious and brutal crime.

In the case of State Of West Bengal vs Orilal Jaiswal, it states that despite presumption the standards of proof and defense will remain the same.

In the case of Nallam Veera Stayanandam vs The Public Prosecutor, the court asserted where the offense of dowry death is not proved the accused can still be convicted for dowry demand.

Marriage is an important sacrament in the Indian tradition, as a cred bond that is usually regulated by-laws, rules, customs, beliefs, and attitudes between a man and a woman, and the duties of partners and the rights of their off-springs and determines the duties. This bond is strongly associated with love, tolerance, support, and harmony. A new family is formed by this sacred bond. Which enter a sane phase of social advancement, Because weddings help to establish new relationships between women and men? There-fore this bond is considered as one of the highest and most important bonds in society? But in India today, the dowry system is present everywhere and in every section in the name of a so-called protective. The threat of dowry has spread its roots deep into society. Dowry is a social curse in our country that stimulates crimes against women, whether mental or physical. This system has engulfed all sections of society. Human ideas and values ​​have no importance in this context. How annoying it is to be the father of a girl, we can know from Kalidas’ Abhigyan Shakuntalam:

“Putriti jata mahtih chinta, kasmay pradeyeti mahan vitarkah।dattva sukham prapsyati ya nayetti, kanya pitratvam khalu naam kashtam”
That is, I consider dowry as a form of begging – Ignorance is a social insect that makes many Indian lalanas suffer from famine. Hellish forces you to live life. Steals the sleep of the father who gives birth to Virgo.
Dowry is the leprosy of our society. This exercise clarifies that we have no right to call ourselves civilized human beings. The society in which brides are tortured in place of love is not a society, but a society of rude. Now the time has come for us to topple this immoral practice.