The etymological origins of the term “Lynching” date back to eighteenth-century America, prior to the American Revolution from the name of Judge Charles Lynch. Charles Lynch was an American Revolutionary who illegally assumed judicial authority during the Revolution to sentence, imprison, whip and kill imperial loyalists. He was later exonerated by Congress of this illegal assumption of authority thereby giving the connotation of extra-judicial sentencing/punishment to the eponymous term “Lynch Law”. A recent incident at Palghar, a small village in India has sparked new debate around the subject. The question is what are the origins of India experiencing more and more reliance on this new brand of perceived justice. 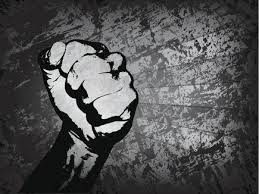 In 2018, the Supreme Court in Tehseen Poonawalla v. Union of India, labelled such acts to be ‘horrendous acts of mobocracy’ and provided guidelines to deal with them. Few states such as Manipur, Rajasthan and West Bengal etc., followed suit. However, the Tehseen Poonawalla judgment proved to skirt the issue when it came to one of the principle requests of the petitioners: i.e., to declare cow protection state laws as unconstitutional.

The Link to the Broken Chain to India’s Past

It is simplistic to think of the cow politics in India as barbaric factionalism. The history of cow politics in India is an important factor in the thought movement and fostering of public opinion. The Rashtriya Swayamsevak Sangh (RSS), the ideological parent of the current government had ‘mother cow’ at the very centre of its plan for fostering fraternity among the Hindus of India. In 1952, after the Indian Independence, RSS chief Guru M. S. Gowalkar, in an article he wrote, expressed the need for India to rid itself of any remnant of its enslaved past[i]. This enslaved past included apart from the British Raj, the several centuries of Muslim rule over India, generally referred to as the Delhi Sultanate. He referred to a “broken chain” to India’s glorious past which needed relinking in order to restore purity of the nation. Gowalkar also emphasized that the best way to achieve such relinking was in the symbol of the Mother Cow. To establish a land where the honour of the mother cow was protected was to rid the nation of its past humiliation. Such symbolism was necessary to unite all Hindus in common cause who otherwise suffered from intra-divisions on caste, language, region and sect bases. That movement had lost its momentum after reaching its zenith in 1964.

Even before Independence, the issue of a cow slaughter ban was a matter of incessant lobbying by not just Hindu collectives but also the general public. Individuals wrote letters to the legislature urging them to do something about the ‘issue of cow slaughter’. Before Independence, the matter was resolved at the local government level. Municipalities tried to ban cow slaughter, in which case, the matter ended up in courts. Since English Common law was applicable at the time, the British judges did their best to resolve the issue by banning ostentatious cow slaughter (i.e., in front of the general public, specifically Hindus) by applying the principle of nuisance.

The aim of RSS was to unify Hindus as a fighting force. Thus, militarization of Hindus, development of an army separate and parallel to the state army was instrumental to the end-goal of Hindu domination. These factors jointly contributed to the legitimizing of Cow Vigilantism in contemporaneous times.

In a democracy, the threat of majoritarianism is a perpetual one and parties stand to gain from pivoting their agenda in favor of majoritarian policies. Politicians speak against giving lynching a communal color. This is in direct contravention to the overwhelming facts that show how such incidents are communally motivated. To shudder at addressing communally charged issues in the hope that they will go away is a privileged position to take.. There are anti-beef laws in the country in 20 states. There has been a very discernible and sharp increase in cow-related mob lynchings as well as violence ever since 2014. There is also a very controversial lack of condemnation of such violent acts of mob justice by various party leaders. There is either a lack of acknowledgement or a straightforward appraisal for such acts. There have been various reports that portray how the tangent for such hate crimes have risen steeply in the last five years. However, the official government crime reports have been in controversy for being cryptic while inviting heavy criticism on the account of being selective and mis-informative apart from delayed. The biggest ordeal was that the report by the National Crime Records Bureau (NCRB) excluded all data related to lynching. These horrendous crimes may don the invisibility cloak in such official records but cannot escape the rampant attention that these incidents have garnered, internationally and nationally.

The maiden effort for a legal framework regarding this was MASUKA (Manav Suraksha Kanoon) in 2017, drafted as a consequence of the rising need for such law. The draft itself was sidelined within a year.[ii] The existing state laws differ on certain points, one of them being liability. Where one state law lays liability on Police officers who are unable to stop lynching, the other lays down liability upon the offenders.

There are provisions such as Section 223(a) of the Code of Criminal Procedure (CrPC), 1973 that provides for collective trial of people involved in mob; Section 153 A and Section 153 B of the Indian Penal Code that incorporate hate crimes and hate speech. In that case, the question becomes that, contrary to the Supreme Court’s view, is it really the lacuna of law that is to be blamed or the will to enforce such laws which are, seemingly, more than sufficient to deal with mob violence of all kinds. Mob violence is not new; but mob violence against Muslims and Dalits in the name of cow vigilantism is. In that case, it becomes clear that what is falling short is the political will to condemn and curb these acts.

Conclusion: The Only Way Out

There is not a dearth of law that can be used to address lynching. There are various provisions under the Indian Penal Code, Criminal Procedure Code, etc. that can be utilised to address such issues efficiently. However, it all boils down to the enforcement of such laws which seems to be lackadaisical. It becomes problematic for law enforcement agents when such vigilantes find political shelter.

In postbellum 1800s America, African-Americans were lynched by being accused of crimes like rape, murder, stealing, etc. The presence of such an accusation legitimized their barbaric act of mob justice. A lot of people find solace in mob justice where they, firstly, do not trust the government to deliver justice, and secondly, think that the outcome of such an act is the restoration of justice even if the the act itself might be morally reprehensible. That is, ends justify means. In India, the presence of cow protection laws in several states has emulated the presence of this sense of legitimacy. In many instances, the victims of cow vigilantism were arrested before the perpetrators; a spin was given to the original story by the officers filing the charge sheet in order to inflame the passions of cow-worshipping Hindus. Hindus, thus, develop an animosity toward the other community and sympathize with the perpetrators.

The presence of such cow protection laws is backed by Article 48 of the Indian Constitution which, after much debate, had an economic cause as its backing. Agriculture and Husbandry being a state subject, it is the onus of the states to enact laws in furtherance of the directive laid down in Article 48. However, with the way the laws have played out in practice, it is clear that despite the legislative intent, they have become a tool in the hands of the Indian radical right-wing to push a majoritarian and Hindu-dominant agenda. What is not permitted directly, cannot be achieved indirectly: that is exactly the effect these laws have. India, as a secular country, cannot ignore the intersectionality at which cow protection lie: Dalits and Muslim minorities engaged in cow-related trade are rendered even more vulnerable than they already are. They live their lives in fear and insecurity. Abolition of these laws will send out the signal that this country needs: that India is a secular democracy, and while the protection of cows is essential to the Hindu religion for most, the religious rights of one must end where they begin to bother the religious and professional rights of another.