When Akshay Kumar said, “Half hour man bleeding like a woman… they straight dying” in his movie Padman, a cold shiver ran down everyone’s spine, and the audience got to know the painful yet less talked about issue of periods of a woman. That’s the power of media. In our contemporary civilization, relying only on necessities like food and shelter is not enough. Globalization is the need of the hour and therefore communication with fellow human beings is one of the keys to survival. And all of this highlights the importance of media in our lives. Either be in print media, radio, TV or internet, it is a thread connecting the similar minds and encouraging to bring a change in the world. Because of its essential role in the formation, projection, and promulgation of public opinion, it is recognized as the fourth pillar of the democracy. 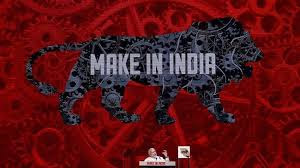 The Media is considered as the “mirror” of the society. It informs, educates, and entertains and leaves a tremendous psychological impact on the people. It is the voice of the voiceless, and at the same time, it is suppressing the powerful voices too. A great example of it is Assam’s and Bihar’s flood in 2019, which our Indian Media took no care of. But when certain people raised voice through social media, it came to the notice of the government. Yet, due to the ignorance of media, flood in Bihar kept worsening and ruined the lives of the vulnerable. In the month of January 2020, police brutality on students of various prestigious universities showed the arbitrary power that the police were possessing. But again, in the following months, breaking down the prevailing image of the police, it showed the better and responsible aspect of police during the ongoing pandemic.

Article19 of the Constitution of India has given its citizen the right to freedom and expression. Through the years, this right has been expanded to different fields and professions, such as media. Freedom of the press is implied in Article 19(1)(a) owing to the restrictions mentioned in Article19(2). In the case of SakalPaper vs. Union of India, the freedom of the press has been regarded as a “species of which freedom of expression is a genus”.[1]

Amidst the ongoing unforeseen and inexperienced pandemic that the world is going through, media played a vital role in circulating the information. From the outbreak of the COVID-19 in the Wuhan city to guidelines for lockdown and safety measures, it is the media which is working tirelessly. Either be it about the struggles of doctors and police despite the lack of testing kits, brutality that the doctors face while testing in the city of Madhya Pradesh or spreading positivity by broadcasting citizens’ wishes. Maintaining social distance physically and getting closer through social media virtually is also a blessing.

Soon after the lockdown began in India, the cases of domestic violence against women started trickling in response to which we saw an ad of anti-DV video by various celebrities, which aimed to educate viewers about the rise of violence and asked the perpetrators to raise voice against it. NGO Sneha, with the help of celebrities, took to Instagram and started #LockdownMeinLockup to reduce the shame associated with DV.[2]These campaigns helped women in standing and raising voice against the violence.

The power of media is limitless but with certain flaws. On the one hand, it is creating positivity, while on the other hand, it is keeping the audience in the dark by ignoring some crucial issues of society. The absence of regular media coverage of the working class makes them both invisible and unequal. Despite two prevailing laws forbidding manual scavenging in India, sanitation workers enter into drains without proper equipment. News is made only after death. Mandated minimum wages of bonded labor is a myth.[3]Since this topic is not a TRP generating topic, not many journalists show interest in it.

With the reach of technology in the life of youth like never before, it has increased the average time spent engaging with various media, which has a significant role in making or breaking the situation. This had made them vulnerable and making them the consumers and producers of media. Many movies and videos target these young minds in making money. Due to the psychological effect of media on them, violence, aggression, and even cases of suicides are heard nowadays.

In the competition of earning more and more these days, yellow journalism and paid news to engage the audience but keep them far away from the truth. In the year 2017, fake news and misinformation surged, targeting the Rohingya refugee community with accusations of theft, murder, robbery, cow slaughter, etc. Media has also become a tool in spreading communal hatred among people. In the summer of 2019, when child-targeting rumors were rife, Whatsapp was flooded with multiple messages claiming the 2000 Rohingyas are out to kidnap children.[4]Media has also become a tool for spreading hatred. Taking advantage of Hindu-Muslims dispute rumors about the spreading of the coronavirus by Muslims led to hate and anger among different religions against them.

“For the media to play its designated role, it must be impartial and unprejudiced in coverage of news and views connected with all segments of society” says former Vice President Hamid Ansari. Media persons should garner information form the right authority and be honest in broadcasting them. Apart from this, journalists should be allowed to report freely. Many cases of violence against them are a severe concern. Either be it violence by those of militant public who do not want the coverage of misdeed, the Gauri Lankesh case being the most commendable instance of it, or by the authorities in the form of local security forces who do not want the media to report strong arm-tactics used against public expressions of outrage in specific happenings. The media should act freely and unbiased. Since it has the power to control the minds, usage of any media should be limited. Governing bodies should act strictly on the misleading report by media and also upon the forces stopping media persons from showing the truth. Then only it will be considered as a true “watchdog” of our democracy

1 thought on “Building a self-reliant India- Role of media”