Meaning of rule of Law:

The Rule of law has been given by Prof. Dicey the expression the guarantee of equality before the law. This means that no man is above the law all are equal in eye of law. The concept of rule of law come from ‘Magna Carta’. Its means that law is equal for all in same line. Because state have no religion all are equal. And uniformity will be applied to all. Under the constitution of India every organ of the state is governed and controlled by the rule of law. The absence of arbitrary power has been postulated to be the first essential of rule of law. The rule of law requires that the discretion granted to the executive authorities must be contained within clearly defined limits. The rule of law allows the entire fabrics of the constitution of India and it is one of its fundamental features. 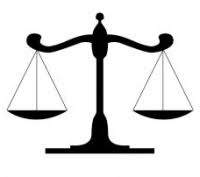 Article-14 of Constitution of India:

The state not deny to any person equality before the law or the equal protection of the laws within the territory of India. Prohibition of discrimination on grounds of religion, race, Caste, sex, or place of birth. The concept of legal equality was explained by Prof. Dicey as it operated in England, he said that “every officer with us, a constable below the prime minister or a collector of taxes, is under the same responsibility for every act done without any legalities. Justification as any other citizen.”

The stage “equality to the law, find a place in all written constitutions that guarantees fundamental rights. “All citizens irrespective of birth, religion, sex, or race are equal before law; that is to say, there will be no discrimination between one citizen or class of citizens and another”. All citizens shall be held equal before law. “All inhabitants of the republic are assured of equality before the laws”.

As per Dr. Jennings, Equality before law means that equality between the laws should be equal for all. It should be administered and treated equally. The right to sue and being sued, to prosecute and to be prosecuted for the same kind of action should be same for all the citizens of any age and understanding without distinctions of race, religion, wealth, social status or political influence.

Pantanjali Sastri, C.J., has expressed that the second expression is corollary of the first and it is difficult to imaging a situation in which the violation of laws would not violate the equality before laws thus, two expression in substance mean one and the same thing.

According to the case of Indra Sawhney, in this case the right to equality is also recognized as one of basic features of Indian constitution. Article 14 applies to all person and it is not limited to citizens only. A corporation, which is a judicial person, is also entailed to get the benefit of this article. This concept implied equality for all and intended at striking down hostile discrimination or oppression of inequality.

As per the case of Ramesh Prasad v. State of Bihar, AIR 1978 SC 327, it is to be noted that the aim of both the concept, ‘Equality before law’ and ‘Equal protection of the law’ is to provide equal Justice.
In the case of the Air India v. Nargesh Meerza, regulation 46 of Indian Airlines regulations provides that an ‘Air Hostess’ will be retire from the service upon attaining the age of 35 years or on marriage within 4 years of Service or on first pregnancy, whoever found earlier but regulation 47 of the regulation act the managing director had the discretion extend the age of retirement one year at a time beyond the age of retirement up to the age of 45 years at his option if an air hostess was found medically fit. In this case it was held by the court that an air hostess on the ground of pregency was unreasonable and arbitrary, it was the violation of article 14 under Indian constitution. This regulation did not restrict marriage after four years and if an air hostess after having fulfilled the conditions became pregnant, there was no sufficient ground why the first pregnancy should stand in the way of her running service. The court said that the termination of service on pregnancy was unreasonable and arbitrary, on this basis it was the violation of article 14 of Indian constitution.
In the case of D.S Nakara v. union of India, the supreme court said that Rule 34 of the central services (pension) rules, 1972 was unconstitutional on the ground that the classification made by it between pensioners retiring before a certain date and retiring after that date is not depend upon the any rational principal it was arbitrary and it also infringes article 14 of Indian constitution.

Keeping in the view of above mentioned statements provided by different courts, it is clear that Article 14 provides the ensurity of equal rights without discrimination. It says all are equal in eye of law. It does not matter if he belongs to different race, religion, caste, social status or wealth.