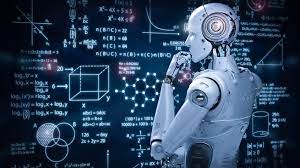 Artificial intelligence has taken the frontseat of human lives, by upgrading itself from an assistance tool to a weapon to manipulate and control human and biological evolution. Artificial intelligence has become the underlying system of the giants in technology and information security. The corporates create the products with AI as their underlying technology for a lot of objectives and perks that involve relatability, information and data access, participation, and evolution. There has been a lot of discussion on the future of the relationship between human beings and AI, but it is unique in the core when AI acts as a crucial brain behind an invention, which is conventionally done by human beings.

AI is a computer source code that behaves like a cluster of neurons communicating electromagnetically and basing their actions on self-learning algorithms. Human beings created AI, being the inventors in the eyes of the legal system, however, if taken up further, if AI invents and creates a benefiting and novel invention, the question raised would be whether the AI or the human developer of AI would be the inventor, furthermore, the question is raised as to who would be the patentee. AI is notable among the new technologies posing fundamental questions about the viability of the inventor’s oath.

DABUS (Device for the Autonomous Bootstrapping of unified Sentience) is a neural network designed to create and assess novel ideas, including a fractal-based design for food containers and a method for controlling lights used in a warning system.

USPTO has not been persuaded by arguments that DABUS should be listed as an inventor, issuing a Notice to File Missing Parts requiring identification of the inventor[2], through which it argued that the law required the inventor to be an individual, by citing a series of decisions finding that only natural persons can be inventors. Thaler brought suit against the USPTO in the Eastern District of Virginia, seeking:

1.      Order compelling defendants to reinstate the applications and vacate the prior decision on the petitioners filed under 37 CFR 1.181

2.      A declaration that a patent application for an AI-generated invention shouldn’t be rejected on the basis that no natural person is identified as an inventor

3.      A declaration that a patent application for the same should list an AI where the AI has met inventorship criteria.[3]

Thaler submitted the following allegations in his complaint:

1.      There is no natural person who meets inventorship criteria and there are no suggestions by USPTO to the contrary

2.      Under the decision’s holding, there is no way to remedy the Notices to File Missing Parts and no way to file for patent protection for an AI-generated invention

3.      Under USPTO decision, AI-generated inventions will enter the public domain once disclosed

On Sept 2, 2021, the court issued its decision agreeing with the USPTO and declined inventorship to DABUS by noting that the statute in its purest form needs a human inventor and increasing its scope of inventorship lies with Congress.

AI involved in the invention process

The question is whether, in the invention process, the AI was majorly involved, would it be eligible for inventorship as inventorship is a key inquiry in patent law, as an inventor owns the patent unless and until the inventor assigns it to another entity. From all of these issues, boils down to two major questions:

1.      Is AI itself an inventor under current patent law?

The EPO, UK IPO, and USPTO have all declined to extend inventorship to AI, with major reason to be the requirement of it to be a natural person.

Unlike the EPO, UK IPO, and USPTO decisions, the Federal Court of Australia held in July 2021 that DABUS could be an inventor under Australia’s Patents Act, s. 15 (b) and (c). Interestingly, the court reasoned that under the Australian act, an inventor is an agent, which could include AI. The conclusion was consistent with the reality in terms of many otherwise patentable inventions where it cannot be sensibly be said that a human is an inventor.[4]

In the following situation, if not the AI, there may be room for the developer to take the credit for the invention.

It would be a crucial question to raise if a similar situation would arise in India.

Section 2 (p) defines who a patentee is “the person for the time being entered on the register as the grantee or proprietor of the patent”. Just like Australia, it does not define inventor.

Section 2 (q) defines “persons” also include the government it doesn’t bar the addition of another entity, which when read with part 3B of form 1 of the act which under the head of “other” does not contain what all types of entities come under the meaning.

Section 6 (1) (b) lays down the provision that a “person” being the assignee of the person claiming to be true and the first inventor in respect of the right to make such an application, but AI doesn’t come under the definition of “person”, therefore cannot assign a person to make an application on its behalf.

S 28 (1) (a) deals with mention of a person as inventor stating that “if the controller is satisfied that the person in respect of which application for a patent has been made, or of a substantial part of that invention; and the application for the patent is a direct consequence of his being the inventor”. Such a mention of any person as inventor does not derogate him from any rights under the patent. This would not be applicable since AI does not come under the ambit of definition of “person”. Due to this, the scope of AI being the inventor in India is complicated.

Future of AI as an inventor

As AI becomes more common, and as general AI becomes a reality, perhaps patent offices around the world would recognize AI as an inventor. Furthermore, due to the rejection of the status, human beings i.e. natural persons will have to take the credit of AI-generated and AI-assisted inventions or risk a finding that their application does not comply with 35 U.S.C § 115 (a).