The term scam generally refers to a fraudulent deal. Fraud is a crime of stealing or otherwise illegally obtaining money by use of deceptive tactics. It is an act of deception carried out for the purpose of unfair, undeserved, and unlawful gain. It can also be termed as an assumption of a false identity to such deceptive ends. Satyam Scam Fraud is one of the biggest scams in the history of scams in India which shook the economy and due to which many reforms were formulated in the Companies Act. 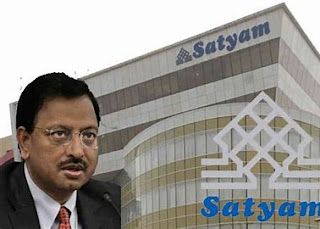 In 1987, B. Ramalinga Raju along with his brother B. Rama Raju established a company named Satyam Computers which is an Information-Technology (IT) company based in Hyderabad. This company was also listed under the Bombay Stock Exchange (BSE) in the year 1990-91. Satyam Computers is considered a jewel of the Information-Technology sector but in reality, it is an outcome of a true financial crime.
Satyam Computers was India’s fastest-growing company and was growing at a good pace. But due to the boom stage in the real-estate industry B. Ramalinga Raju had its attention moved towards the real-estate industry as the rates in this sector were increasing at a constantly increasing rate. As a result, B. Ramalinga Raju started purchasing land properties in many parts of the country. In fact, Maytas Infrastructure and Maytas Properties were purchased by the two brothers and several other properties were also purchased under the name of their family members.

Later, when there was a need for money to purchase more properties than the two brothers started to manipulate the financial statement of Satyam Computers. They misrepresented the company accounts in the eyes of the board, stock exchanges, regulators, investors, and other stakeholders. Satyam Computers were misleading all the stakeholders by manipulating the stocks, revenues, profits, interest, liabilities, and cash balances by inflating all. As a result of which people started to believe that Satyam Computers is growing indefinitely due to which people started investing more and its share price increased tremendously.

As the price of shares started to increase then B. Ramalinga Raju and his brother B. Rama Raju began to sell off their share and kept the rest of the shares as security at the bank to obtain the loan amount. The money obtained from the bank was also used to purchase more land in various parts of the country and made the workers working on their farms as the director of their companies and started purchasing more land under the name of those workers. They became aggressive property buyers and kept purchasing more and more property by hook or by crook.

To manipulate the financial statements of Satyam Computers, a fake sale invoice was also created and for showing the profits the brothers lied regarding the cash reserve in the bank.
B. Ramalinga Raju and his brother B. Rama Raju kept selling their company’s share and investing in the real-estate’s business. With time the working of Styam Computers increased and the difference between the original figures and the fake figures increased tremendously and it resulted to be a huge amount.

In 2008, when the recession stage was faced by the real estate industry the Raju brothers made a master plan of selling off all their properties to fill the gap between the original figures and the fake figures but the plan was a huge failure. They also formulated several other plans but all failed.
In 2009, the Raju brothers confessed stating that Satyam Computers had been manipulating the financial statements of the company for the long run.

After their confession, the Special Court of Central Bureau of Investigation (CBI) awarded B. Ramalinga Raju and his brother B. Rama Raju along with eight other persons (Suryanarayana Raju, V Prabhakar Gupta, Vadlamani Srinivas, S Gopalakrishna and T Srinivas, G Ramakrishna, D Venkatpathi Raju, and C Srisailam) rigorous imprisonment of 7 years. The Court also imposed a fine of Rs. 5.5 crores on B. Ramalinga Raju and B. Rama Raju. Moreover, the other eight persons who were convicted were imposed with a fine of 20-25 lacs. After this scam, both the Government of India (GOI) and Securities Exchange Board of India (SEBI) became extremely alert and an obligation was imposed on the companies to change their auditors every 10 years.

Hence, one of the biggest-ever corporate accounting scam in India. Satyam computer services ltd was started in 1987 in Hyderabad by the Raju brothers, Rama Raju and Ramalinga Raju.
Tensions started when the brothers decided to merge with the company called Maytas. The merger of the two companies gave rise to various legal issues in this case. B Ramalinga Raju confessed to a huge financial manipulation to the tune of Rs 50.4 billion in Satyam’s books of account.

A web of 356 investment companies was used to allegedly divert funds from Satyam. The Government and SEBI took various steps to tighten the grip on such offenders. They brought several new regulations under the Companies Act of 2013. Now, companies are obliged to change their auditors every 10 years.